Share All sharing options for: Genoa Recap and Bologna-Juventus Preview

Thoughts on Genoa: I look at this game a day later with a calmer head, and it still is puzzling to me. This was one of our best performances of the season, we dominated an elite team at their home. They had 3 chances on net, and we had countless that were either annulled or the finishing was poor. It's clear who is at fault for the draw, the referee-

As much as some may scoff at this comment, "it's always the referees fault when you draw", I don't cry wolf all that often. There's a difference between observing errors from the officiating team and claiming it altered the result. Against Bordeaux, you'll note in my review that I said while the refereeing didn't help, it was not the defining characteristic of a match we should have won. Against Genoa, it was.

We had two goals ruled offside, a goal from Chiellini that could have gone either way, and a header from Iaquinta that was definitely onside, from all angles. 50-50 challenges were consistently being given to Genoa. Melo was booked for a dubious offense, Marco Rossi committed 3-4 yellow cardable offenses, and among other faults, Amauri was on a 1v1 with the keeper when called back for a non-existent foul on the defender. I will not deny Genoa fought hard and scored two world-class goals, but we deserved this one. It is only more frustrating when you consider some of the calls that have gone Inter's way this season. 2-2 isn't a bad result in Genoa, but still "one that got away."

Some might call foul and say that the referee was biased against Juventus, it's a natural reaction but not a right one. There's already the rule that they are not allowed to referee teams from their area, hence why Roberto Rosetti, considered one of Italy's best referees (though I am not so sure about that) is not allowed to adjudge Juve games, being from Turin. (He's also supposedly a Juventino) I think most FIGC referees manage to keep any personal bias relatively free of the game, except, of course, that goatfucker Collina. So while there may be howls about "Saccani hates Juve" let's not go that far. In fact, the other game offhand I remember him refereeing was Juve 1-0 Fiorentina last season where we won due to some dubious refereeing- Mellberg took down Jovetic in the box and Gilardino had a goal wrongly disallowed. So simply put, Saccani isn't pro-Juve or anti-Juve, he's just a shitty ref.

This won't be one of my more traditionally-structured previews, because I'm just kind of on a roll and anything that comes out of my mouth is published, and I'm kind of tired from this week. School sometimes sucks, but it's Friday. I'm at work all day today, but there is no work to do so I'm pretty much just sitting and watching yet another rainy rainy day in New Orleans. 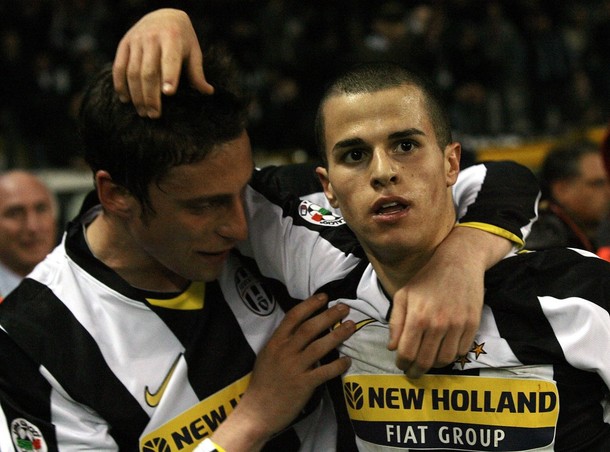 On to the calcio- So we host Bologna this weekend, and this hopefully will be a game to rest a few starters for the Bayern game next week, while beating the snot out of them. Bologna hasn't been that bad this season, they have drawn Fiorentina and Bari away, and only narrowly lost to Milan at home. They are coming off a morale-boosting 2-0 win over fellow-relegation battlers Livorno, the same result we got 3 days before. So though Bologna will be fighting relegation this season, they won't go down easy.

In their team, as expected for a team fighting relegation, is a handful of rejects. For Juve we'll meet ex-Juventini Marco di Vaio and new-boy Marcelo Zalayeta, newly kicked out of Napoli. Fiorentina reject Osvaldo continues to flounder, and ex-Laziale Mutarelli is injured for a long time. Their defense is a bunch of no-namers, Raggi being another reject, this time from Palermo. Their team will probably lineup in a 4-4-2. Expect them to pack tight and attack on the counter. Last season you may remember Gio's delightful performance against them, as him and Brazzo tore it up and ADP scored for the first time in months. 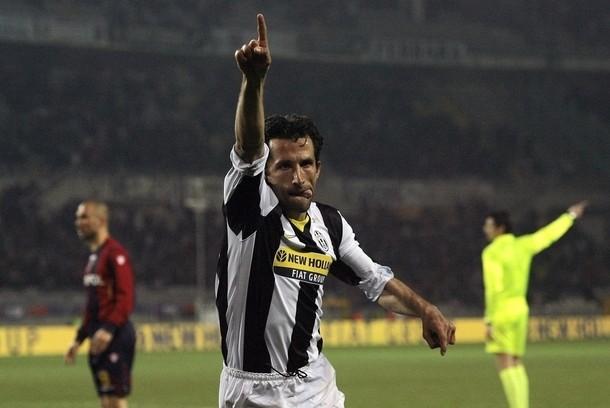 For Juventus, we've got a whole headache of a selection process. We've got Bayern, in Munich looming next mid-week, and a whole host of various injuries from getting banged up. Sissoko, Tiago, and Cannavaro will not be featuring, Diego and Del Piero have been training with the group normally so it would be assumed they are available for selection. We feared Marchisio left the field yesterday with a strain, but it turned out only to be cramps and he worked in the gym today with Iaquinta and Amauri to avoid fatigue. We'll know better tomorrow, as the last training session is Saturday morning. Two days of training between matches, boy I love fixture congestion.

I would assume Amauri to get axed after his disappointing display. Some people are writing him off which I don't understand at all, last fall we saw his obvious potential as a force and a goal-machine. He's just got a bad mental block against scoring right now, I'm sure his confidence is fairly low. Trezeguet is producing alla Trezegol, and Del Piero may or may not feature depending if Ferrara would prefer to keep him ready for Bayern. Amauri might feature to rest ADP/Iaquinta for the midweek, so it could be Trez-Amauri. Or it could be Trez-ADP, either way as you can see, I expect Trez to get a start. Trez, by the way, is now only 3 goals behind Omar Sivori and 4th place in the Juve all-time scoring charts, only 18 goals away from 2nd, Boniperti. 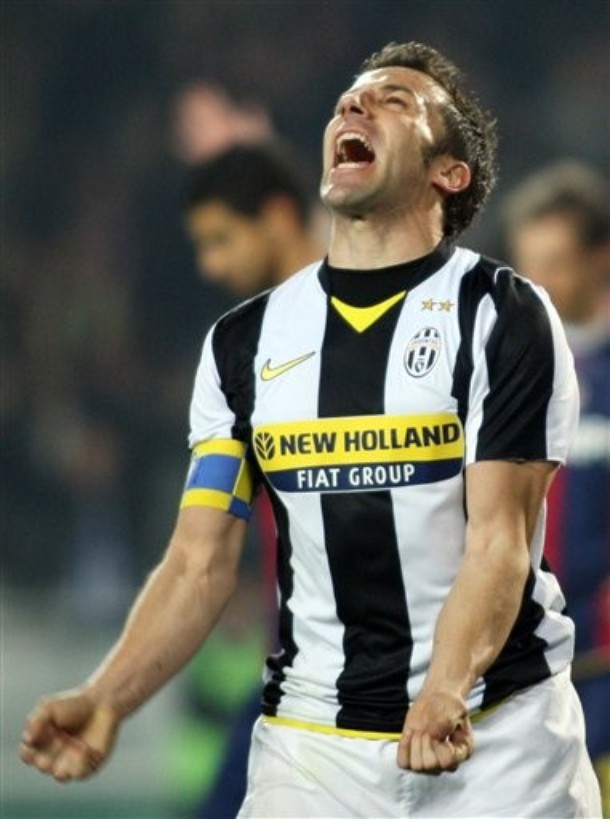 This is a very important game for the Scudetto- We cannot drop points to teams like Bologna at home, period. Last year we drew teams like Catania, Atalanta, and Lecce at home. That's unacceptable, and the team knows that. Carmine Russo will be refereeing the game, his 15th Serie A game. He refereed our 1-0 victory over Siena last January, as well as the TIM Cup in Pescara where we defeated Milan 2-0. Let's hope for that trend to continue. Juventus-Bologna is one of the afternoon games on Sunday, so for you fellow New World-ers, prepare to get up bright and early.