A Reflection to Last Summer's Predictions-

Share All sharing options for: A Reflection to Last Summer's Predictions-

One of my favorite part about making predictions is seeing where I was right, and yelling boo-yah, and then seeing where I was horribly, horribly wrong. For sheer entertainment, I have gone through last year's epic pre-season predictions post (found here) that Roberto and I did, and found quality gems of where we were dead-on and where we were, well, a bit off. Review after the jump. 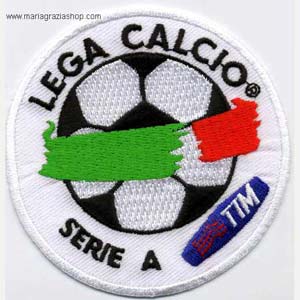 THE SERIE A MERCATO:
RIGHT: Roberto-[About the mercato] I would’ve looked you in the eye while I slowly placed my hand atop a searing stove element. We needed quality defenders (plural) then, and we still need them today. Until that area’s addressed, Secco’s still an idiot.
WRONG: Alessio- [About Inter's mercato] If they pick up Quaresma, they have done very well in the market. Bidone d'Oro, really? Come on Ricky!
RIGHT: Roberto- Milan Milan Milan. Much like Juventus, they forgot to do anything significant about their back-line. Flamini this, Ronaldinho that. Zambrotta was a good move but last I checked, he isn’t exactly who you’d want in Kakakladziii’s boots.
WRONG: Alessio- A team destined for the relegation battle couldn’t do better than picking up relegation-specialists Amoruso and Bianchi. They had no firepower last season, but with Rosina and that duo up front, the Toro will also avoid relegation. Good pickups. One I am quite pleased that I was completely wrong with. Cairo, Novellino, De Biasi, etc, etc, all idiots.
RIGHT: Alessio- They [Milan] didn’t really reinforce the positions they needed, but they do have quality players, but it’ll be a battle for many of them to get back to their former glory. I don’t think they are enough to win the Scudetto. I think we can definitively say Dinho and Sheva didn't. Jury is still out on Zambrotta and Borriello. 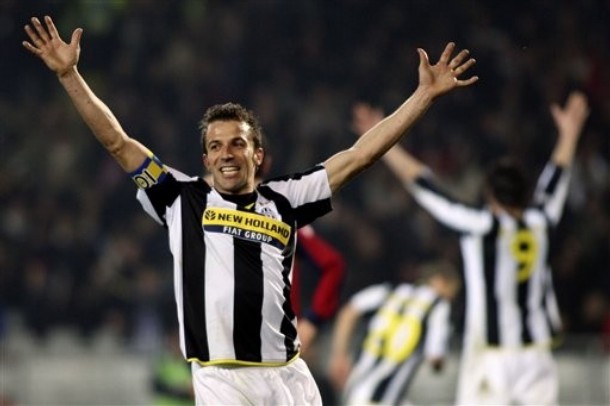 JUVENTUS 2008-2009:
RIGHT: Alessio- We could win it, [Champion's League] but I don’t expect to. On our day, we can beat any team in Europe. But with injuries, suspensions, exhaustion, and general poor form, we won’t be always playing in top shape.
WRONG: Roberto- Molinaro shits himself to sleep every night thinking of the day De Ceglie takes his starting role from him officially. Is this De Ceglie's year, or is he apt more to a different position?
RIGHT: Alessio- [On who will make the biggest impact this season] Dr. Agricola. Seriously. If we can stay relatively healthy and injury-free, we can do very well this season. Other than that? Camoranesi. He’s proven how crucial he is to the team and he’s without a doubt our most creative player, and his crosses are beautiful. He needs to stay injury-free. Wow. Little did I have any idea that this would be our most injury-ravaged season from recent memory. (2003-2004 maybe)
WRONG: Alessio- Marchisio will be playing often but he won’t be first choice quite yet, I don’t think. Another one I'm pleased I was wrong with. Grabbed that starting shirt, other than Ranieri's bizarre decision to field Sissoko-Tiago in London.
RIGHT: Roberto- “Our” breakout star is going to be Amauri. Ask yourself one thing: Is there another striker like him in the world?
RIGHT: Alessio-[On who will be our breakout star] Everyone says Giovinco, and I think he will light it up. I’ll go with Marchisio though, he really impressed me against Artmedia. I’d been talking him up before but he distributed the ball well with good passing, showed some good individual skills, and showed no hesitation in challenging for the ball. I don't think he's our answer to a regista, but he's definitely a future world-class center-mid, he needs to take some more shots. SERIE A 2008-2009
RIGHT: Alessio- [On who is going to have a poorer season than last year] I don’t think any team is going to have a comparatively disasterous season. [To Empoli of 2007-2008] But I think Udinese is going to drop out of the Uefa cup spot. Indeed they did.
WRONG: Roberto- [On who will finish 5th] Napoli, you watch. Had they not completely imploded at Christmas, could have happened.
RIGHT: Alessio- [On who will be relegated] Lecce, Cagliari, and Reggina. Lecce’s team doesn’t impress me, and Reggina isn’t going to survive if they keep dumping their star forwards. Berretta is a good coach but I’m not sure he can do it with Lecce. I think they might be replaced by their hated rivals AS Bari. 2/3 isn't bad, and hooray Bari replacing Lecce.
WRONG: Alessio- [On who will be relegated] Cagliari was very stupid to not keep their coach. After the first month of calcio, I might have looked right, as Allegri notched up 5 consecutive losses in his debut, but man did he turn it around. Cagliari was the surprise package of the year and Cellino must be grateful he decided not to pull the trigger.

And just for more entertainment...my Serie A table.

Not as bad as I was expecting. Torino, Cagliari, Napoli, Genoa I was all horribly wrong on, but you win some, you lose some.

Trofeo Berlusconi tomorrow night at 2045. If we come out without any injuries, mission accomplished.