Share All sharing options for: Secco Saves a Life

Secco has undergone quite the transformation in the eyes of many. Once regarded as a clueless Moggi assistant who bumbled his way through the mercato, last season he was named the Most Improved Transfer Director. I said that I thought Secco was improving and that given Juve's reputation and standing it was difficult enough for him to conduct initial transfers. He's received plenty of applause this mercato for pulling off two solid signings, showing his willingness to splash the cash and pick up talent. Secco did something different the other night, helping to save a man's life. 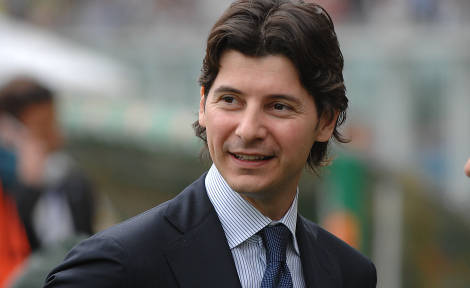 From Tuttosport...(with my translation)
TORINO, July 17th - This is not a story of football, but of altruism, of which there are not the stories of the football market to shake the soul, but the fragile balance of life. The fact is however that it was Alessio Secco, Transfer Director of Juventus, to find himself in the middle of a human drama, and have been able to solve it quickly. If a telephone call can prolong life, in this case an SMS saved one. It happened, one day last week, that a colleague from the province of Caserta, Carlo Pascarella, anti-Camorra (Napoli mafia) reporter, in a moment of profound despair took a large amount of barbiturates. It was his first day of holiday and the journalist, separated, father of 4-year old daughter Francesca, was unable to overcome his depression.

Alone, in the studio of his house, with his notebook/diaries by his side, sent an SMS to the first name on which his eye fell, the desperate act of someone searching for help. As it happens, the name was that of Alessio Secco, who Pascarella met during an interview. «I'm very ill. I am a Juventus fan, and if I die I would like that on my coffin there be a photo of my daughter and a Juventus jersey.» And thus, the dramatic message arrived to Secco's phone. The director, who was in Pinzolo, in a retreat with the team, didn't waste time and immediatelly called the Carabinieri. The police quickly mobilized, and succeeded in reaching Pascarella, avoiding a tragic epilogue. Secco and the President Giovanni Cobolli Gigli took to heart the human story of the journalist, following from distance the intervention of the police and personally made sure of the conditions of Pascarella. The exchange of SMSs didn't stop, either. «Alessio, I thank you for having saved my life. Fight (Juve) also for me...». «We fight for everyone, but also for the contribution of everyone, including yourself.» The invitation with Secco was to try and awaken the attention of the journalist, and to give him a reason to continue to fight against his depression. The Juventus Sporting Director is reluctant to talk about the story, «Anyone in my position would have done the same.» But he saved a human life. These souls still need to turn themselves around.