In Praise of Cristiano Zanetti

Share All sharing options for: In Praise of Cristiano Zanetti

We had a lot of injuries last season, and they definitely hurt our campaign. Buffon, Trezeguet, Camoranesi, etc, all fundamental players who were sidelined for months. So were bit-part players like Zebina, He-Who-Shall-Not-Be-Named, Cristiano Zanetti, De Ceglie, etc. For me, C. Zanetti deserves to be in the first column. There's no doubt in my mind that he was the most missed player this season.

In the wake of Calciopoli, Juve signed two excellent players on free transfers: Marco Marchionni and Cristiano Zanetti, two signings that proved Moggi's ability to get it done. For both, their spells at Juventus have been a drop in the limelight, but for different reasons. From his humble origins in Carrara, the same down in which teammate Gianluigi Buffon grew up, Zanetti has tracked all across Italy, a journeyman midfielder. After leaving Fiorentina, he was at 5 clubs in 6 years, from Reggina in Reggio Calabria, to Rome with AS Roma, Inter in Milan, and Cagliari in Sardinia. Finally he settled down at Inter for a 2nd spell where he would be for 5 years (one of many Roma players signed by Inter over the last decade) successfully fighting it out in the Nerazzurri midfield. At this time, he was in the Italy squad, having gone to WC2002 in Japan/Korea and then Euro2004. 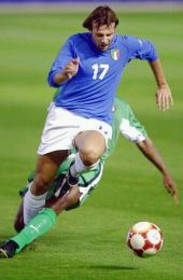 As his contract with Inter ran out in 2006, Zanetti had a choice. I don't remember if Inter offered him a new one, but he wasn't a fundamental player there anymore and it was time for him to move on. Having playing for Fiorentina, Roma, and Inter, he made a very difficult choice to move to Juve. We payed him well, as the last post confirms he has a solid salary, but this was still moving from Inter the Champions 3rd-place team in Serie A to Serie B, with an unsure future. It could have been two years in Serie B with the points penalties we initially had. But Cristiano took the dive, and joined the team to fight for the Cadetti. 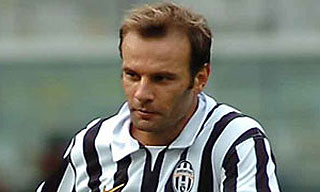 In the return season in Serie A, Cristiano Zanetti was without question the most important player in the team. Since our relegation, our midfield has been that piece of the puzzle we haven't been able to figure out. Giannichedda wasn't it, and neither were Tiago, Almiron, or Nocerino. Sissoko eventually claimed a spot in midfield with his arrival, but Cristiano Zanetti proved his importance to the team by winning a starting shirt all season under the Tinkerman, despite starting as a reserve. Zanetti was that defensive-midfielder that Ranieri liked, but more importantly he had excellent passing skills and really turned out to be an excellent, if improvised regista. He controlled the midfield excellently, if you look at the Del Piero capocannoniere video, there's at least 4-5 assists directly from Zanetti where he excellently played a through ball or a longball perfectly to Del Piero. 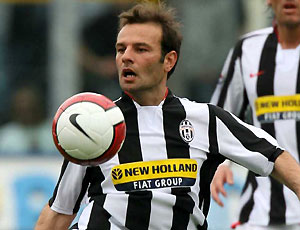 We missed his controlling influence and his passing badly last season, a lost season for him due to repeated thigh strains. The midfielders who took his place, Marchisio and Sissoko had good seasons respectively but neither provided the passing that was so desperately needed. Though Bayern Munich was interested in him last summer, he chose to stay. And this season, with only 1 year left on his contract, he could easily leave for a cheap sum as well, but he has said he wants to stay and fight in gratitude to the fans. "I still have a year of contract and I want to repay the affection of the fans," declared the Italian veteran to tuttomercatoweb.com. "They were close to me even in the most difficult moments during my injury." Zanetti has proven himself to the fans both on a sporting level and his personality; humble and unselfish.

The positive of Cristiano's injury was it opened a place for Marchisio to beat Tiago for a starting shirt. Would Marchisio had as much playing time if Zanetti had remained healthy? Probably not. One year later, he's a little bit older and while he may not be a starter or in the form he was in the return to Serie A, Cristiano Zanetti will be an important part of our midfield if we plan to win any silverware. His committment and loyalty to the Vecchia Signora is beyond question and he is one ex-Interista who has completely won my heart. Forza Zanetti!