Alright, so it's utterly mediocre, but so are Zebina's performances! 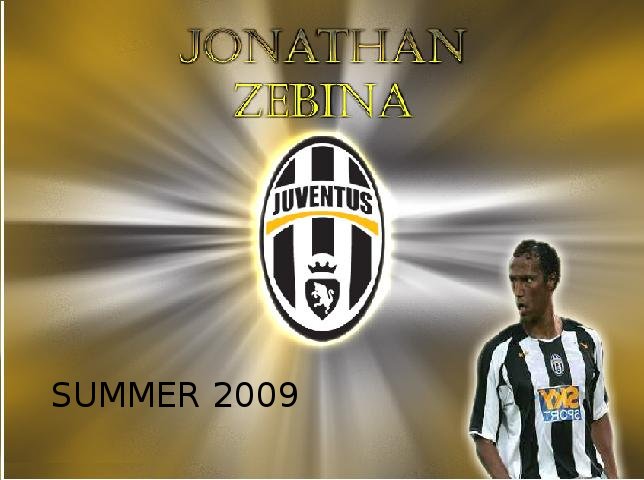 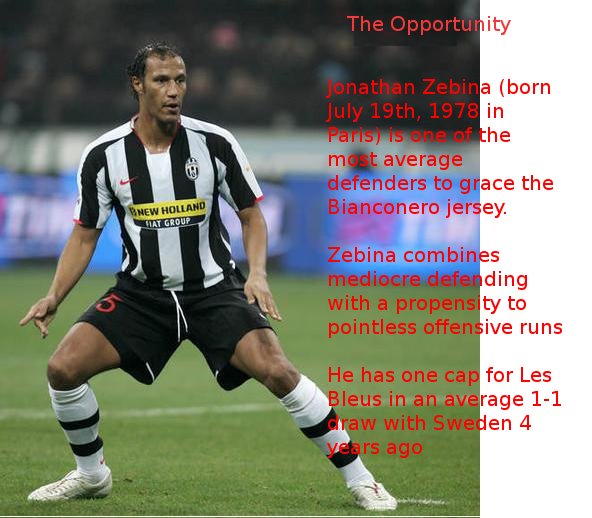 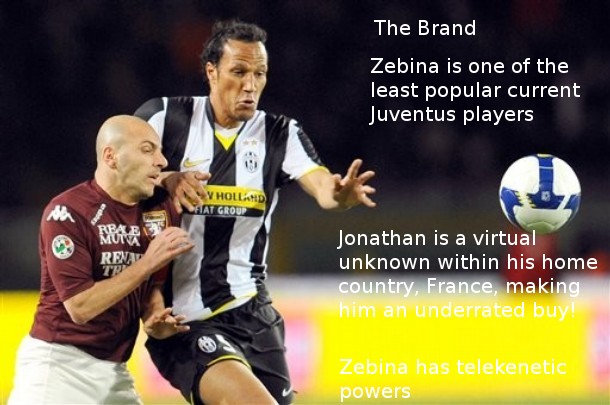 "-Jonathan is a virtual unknown within his home country, France, making him an underrated buy!
-Zebina has telekenetic powers" 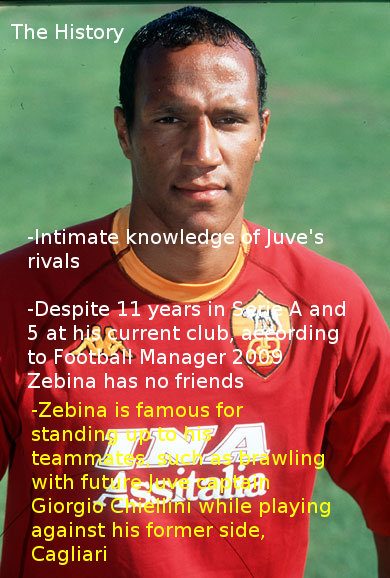 "Zebina is famous for standing up even against his own teammates, such as brawling with future Juve captain Giorgio Chiellini while playing against his former team, Cagliari." 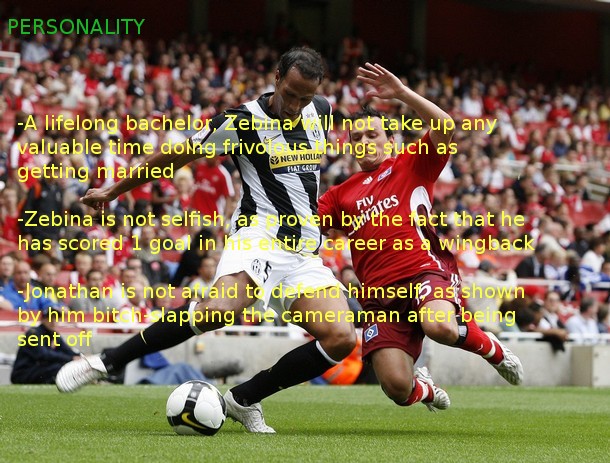 "-A lifelong bachelor, Zebina will not take up any valuable club time in doing frivolous things such as getting married.
-Zebina is not selfish, as proven by the fact that he has scored 1 goal in his entire career as a wingback.
-Jonathan is not afraid to defend himself, as shown by him bitch slapping a cameraman after being sent off." 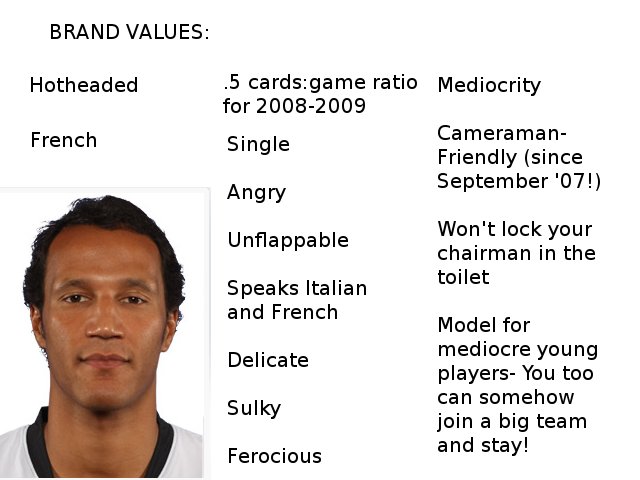