Share All sharing options for: Juventus Mercato 2009: The Arrivals

It's silly season, everyone. Of course, it's silly season all year long, but this is the time when actual negotiations and moves go on. Thus far, I like the moves we've done, unlike the last few years, we're willing to aim big instead of buying from the bargain bin and hoping they come good. (It usually did not work) Here is the possible arrivals for the 2009 Mercato: 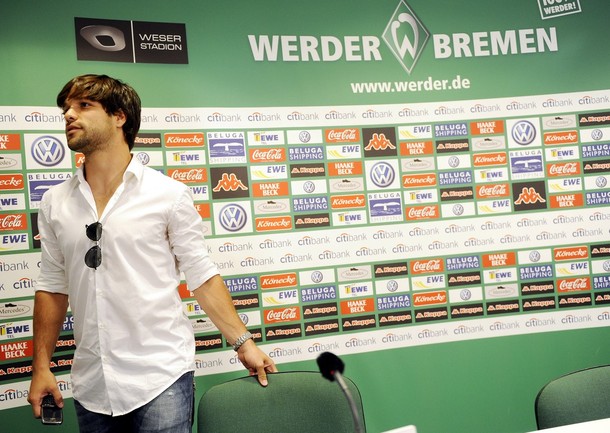 Diego, as in Cher: Because Brazilians don't have more than one name. While I don't think we needed Diego, he's a very good player (from what I've seen), and compared to other players, we got him for a decent price. Diego is young, so not only will he be able to play for several years but we will likely get a nice slice of dough from his sale in the future, as I don't expect him to stay for life. Like Amauri, he seems a very Europeanized-Brazilian, though his temper is undeniably South American. If anyone is the right guy to transform him into a world-class player, it's Ferrara. After about a year of negotiating, we bagged him for 24.5million euros (+2.5million euros depending on sporting achievments), and a 5-year contract with a rumored salary of 4.5million euros. Certain transfer. 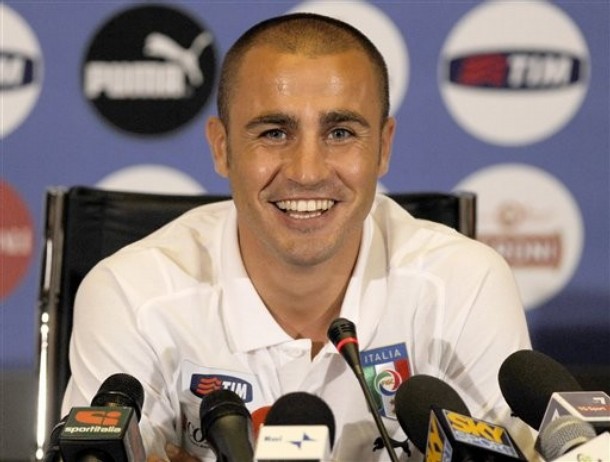 Fabio Cannavaro: Right around the point that Juve's season went down the tubes (late March), there was suddenly, overnight, an explosion in the media about the possibility of Fabio signing again with Juventus. It was in Tuttosport, the Gazzetta, but also in much more reputable sources (read: non-football) like La Repubblica and La Stampa. After a few days, it seemed like an inevitable formality that he would rejoin la Vecchia Signora. He's finished with the tifosi, and he's finished on a sporting level. If he replaces Legrottaglie, I'm gonna be royally pissed. Free transfer, 1-year contract with a salary rumored around 3.5million euros a season, with a club option for a 2nd year.Certain transfer. 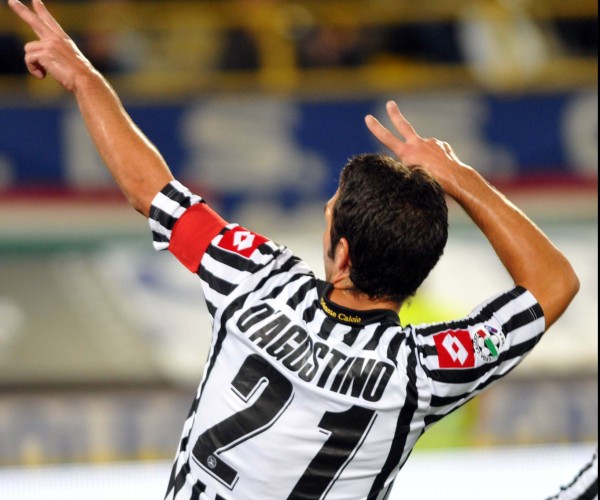 Gaetano D'Agostino: Italy's heir to Andrea Pirlo, if there is one, he has undergone a similar explosion after since being moved from trequartista to regista. Juve has been monitoring him for a while, though I'm surprised we didn't go after him instead of Poulsen after not getting the cash to buy Xabi Alonso. A deep-lying playmaker with decent defensive skills, excellent reading of the game, and a great talent at free kicks, he is the general in the midfield Juve have been lacking. With Ferrara confirming we will play with an attacking-midfielder, it will likely be a wingless 3-man midfield. A regista, a mediano (ball winner), and an all-around center-mid is typically how it's filled, see Barcelona or Milan, and we could do that well with Sissoko, D'Agostino, and Marchisio. From Palermo, it's not surprising to hear that he's a life-long Juventus fan, and it'd be better to give him a run-out than a foreigner without the same drive and determination. The only sticking point is the transfer, Udinese wants big money and Juve's cream-of-the-crop youngsters, like Giovinco, Marchisio, or De Ceglie. If we bring back Criscito, I could maybe let PDC go as I believe D'Agostino is a great talent. But I'd much prefer Paolucci's 2nd half and one or two younger players. Likely transfer.
Edit: Current rumor is the 2nd half of Paolucci's contract, 8million euros, and Paolo De Ceglie on co-ownership. Do it, Secco. 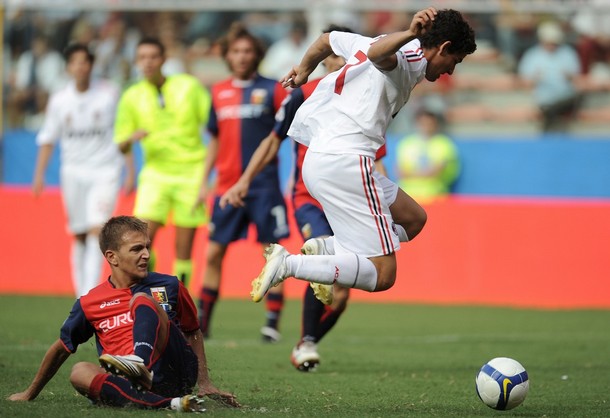 Domenico Criscito: Genoa only have the right to buy half-of his playing rights at the cost of 7.5million euros, as he is not on co-ownership like Palladino, but on loan. Another great young Italian left-footed player, Criscito has played in a 3-man midfield but also as a wide-midfielder this season, underlying his versatility. I don't think he'll play as a center-back under Ferrara, but left-back or possibly in midfield. Criscito has spoken of his desire to return to Juventus, his agent has confirmed it, and Ferrara wants him back. What are we waiting for? Likely transfer. 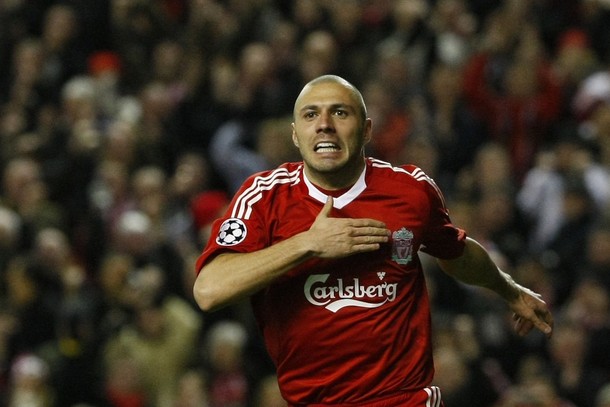 Andrea Dossena: He's unhappy in England (who saw that coming?) and wants back to Italy. Given Juve's occasional issues on the left-flank, of course the press has linked the two of us together. A completely mediocre player, I have zero idea what Benitez or Lippi sees in him. Given the team's wealth of young Italian left-footed talent, there is absolutely no reason to swoop for him. The idea terrifies me, it would be a return to Secco's bargain-bin hunting, but I honestly do not see it happening. Unlikely transfer. 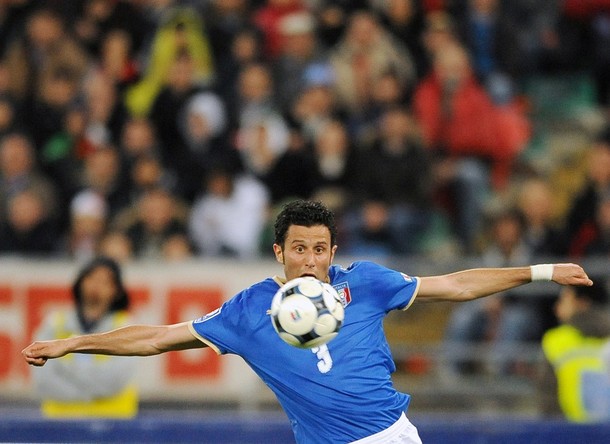 Fabio Grosso: An Italy legend, but he's never really cut it at the club level. With the Lyon exodus, Grosso has expressed interest in returning to Italy, like Dossena. Just as Dossena, we don't need any more left-backs, much less one who has never really wowed with any big club nor one who is turning 32 later this year. That's old for a wingback like him. That said, like Cannavaro, he's a big name and would come relatively cheap. Supposedly Ferrara likes him, I expect Juve may inquire to Lyon's price but I don't know if it will go further than that. Somewhat likely transfer.

Karim Benzema: Trez has expressed interest in perhaps returning to France, and Benzema wants to step it up to another level, hence the rumor. Zero chance.

Lorenzo De Silvestri: This is an interesting option. Dossena and Grosso have been linked with a move to Juventus, but really, our problem is on the right-flank. There's been rumors of a swoop for De Silvestri, but I don't see much substance in it, which is a shame. He's been iffy this past season, but I'm sure under Ferrara's tutelage he could be great. It wouldn't be a terribly expensive signing, and it probably wouldn't be worse than Grygera. Unlikely transfer.

Maxwell: See Dossena or Grosso. Plus, an ex-Interista? Ew, no thanks. \Zero chance.

Keirrison: Who? Oh, some young talented Brazilian. How many have we been linked to without any real moves? (Mattioni) Unlikely transfer.

Serdar Tasci: There's been some links with him for a while, I have never watched him play but he's highly rated, young, and a German international. Sounds like a great prospect and perhaps one we'll swoop for the in the future, but I don't see it happening this summer. Unlikely transfer.

Marcell Jansen: From wikipedia: "He is well known for his accurate crossing and pace, despite his tall stature." If we didn't have a great fullback coming in (Criscito), sounds great to me. Bundesliga is underrated and has some great talent. Unlikely transfer.

Ezequiel Lavezzi: Like Sergio Aguero, this short young Argentine still has plenty of maturing to do, and given our power up front, it's a no go. Zero chance.

Marek Hamsik: Napoli would want too much money for him, and with Diego, he's not as needed. If D'Agostino comes, he's completely unnecessary. Zero chance. 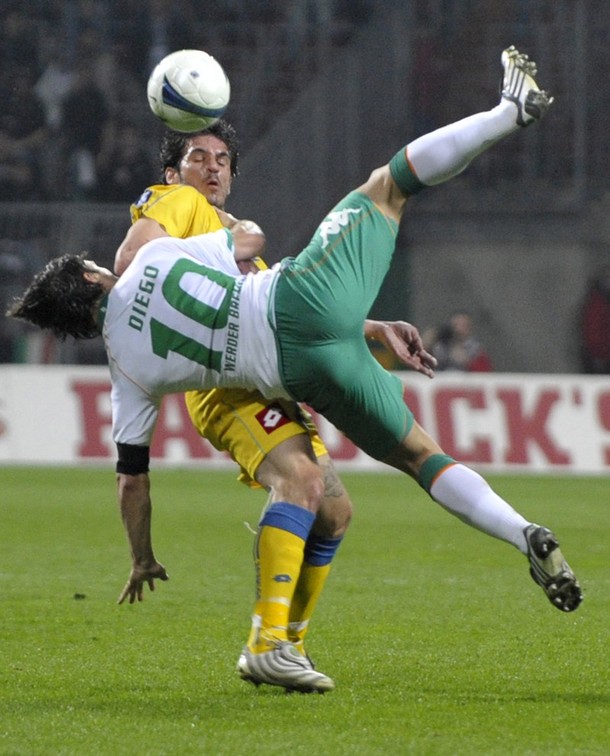 I agree our right-back needs fixing and we probably need another center-back, but I do not see the management going for it.