So, that was a fun tournament. Hopefully Lippi takes time to study it and correct the mistakes for the real games in a year. It's back to Juve time, everyone!

July 15th- Cisco Roma of Serie C2, group C: Taking on Totti's team as a youth at Pinzolo.
July 19th- AS Nancy of Ligue 1: This is a match to honor Michel Platini (who's birthday is today) and will be played in his hometown Jœuf, against his first team AS Nancy, who are celebrating their 100th year anniversary.
July 24th- Sevilla of La Liga: First game of the 2009 Peace Cup in Seville against the local team. Aka, hey guys, want Poulsen back?
July 27th- Seongnam of the Korean K-League: Game 2 of the Peace Cup against the representatives of founder Reverend Sun-Myung Moon's country. According to Wikipedia, he owns it.
July 31st- Final of Peace Cup, Seville: If we progress to the final, it will be in Seville.

There will be a friendly in Trentino and then the TIM Cup and possibly Trofeo Birra Moretti in August, the dates will be announced later in the summer.

Everyone's favorite Roman winger Marco Marchionni is likely to leave us this summer, due to a tactical shift. An amicable split, that will allow him to get more playing time and hopefully restart the promising career he once had. After 3 years at Juve, the management got him a parting gift. 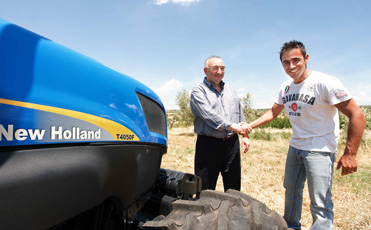 No, I'm not kidding.