It has been such a longtime that a Juventus legend has bid farewell to the crowd, I didn't remember how hard it would be. I won't lie to you all, when the Olimpico rose to its' feet to applaud him, I teared a bit. When the Gladiator music was playing during his lap of honor, they were free-flowing.

We all know his hard work and dedication; the stories of him as a child, running after practice when the lights were turned off are well known. Naturally left-footed, you would have never known because as a kid he practiced so much to make them both equally brilliant. This is the player who runs everyday, regardless whether there is training or not.

When Pavel was first signed from Lazio to replace Zidane, there were a lot of eyebrows raised. Could this man ever replace the legendary Zizou? (yes) But at age 29, people questioned the decision to spill out €41 million on the Lazio midfielder. After 8 seasons, 4 scudetti, a Ballon d'Or, a Serie B title, and 357 games played with 65 goals and countless assists...money damn well spent.

His long-range efforts for which he is famous for was not a secret. When we first signed him, Moggi said "we bought him solely to stop him from scoring goals against us." We all know the story of his legendary 2002-2003 season, where he singlehandedly carried us to the final only to be cruelly denied a place in it because of a yellow-card suspension. His goals against Barcelona at Camp Nou, against Real Madrid in Turin, it is not a stretch to say had he been in the final, a different outcome was very likely.

Pavel always wanted to win that trophy, so when Juve was demoted to Serie B, you might forgive the Czech Fury for considering his position at Juventus, given his 33 years. But there was none of it. Pavel was one of the first to come out and unequivocably say that he was staying. There was no wavering, no attempts to get out, no complaints. Few expected Juve to return to the Champion's League so quickly, and Pavel's exit will long live in my memory. Playing with a broken rib, Pavel kept trying to soldier on but after a collision with Anelka, he could do it no more. The chorus rang out the first time he went down to the ground...and the 2nd. As he lied on the ground in pain, the stadium was drowned out by deafening chants of "PAVEL PAVEL NEDVED! NEDVED." Ranieri asked Pavel to wait a few minutes to give Salihamidzic time to warm up, and as Pavel gingerly walked around the pitch, the chants continued. He left the Champion's League pitch for the last time, to a round of applause and continued songs from the Drughi.

In an interview after the game, Pavel said he would stay in Turin with his family. He said he enjoyed life in Turin, and he wanted his children to grow up watching Juventus first-hand. I always found Pavel's devotion to his family and his wife refreshing from all the stories of WAGs. You see, Pavel married Ivana when he was 21, back when he was still living in Prague and a footballing unknown. The two met when Pavel was 15 and Ivana was 13. He's said he would give up everything, including his beloved golf rounds with Alex and Mauro to win the Champion's League, but never his family, who are the primary motivation for his retirement. His children are named Pavel and Ivana as well, as he has said, it is so when he and his wife die, there will still be a Pavel and Ivana who love each other. A great man on and off the pitch.

Enjoy your retirement, Pavel. You have certainly deserved it. 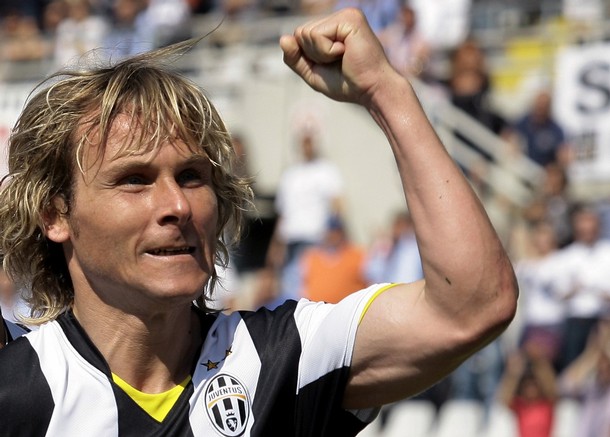 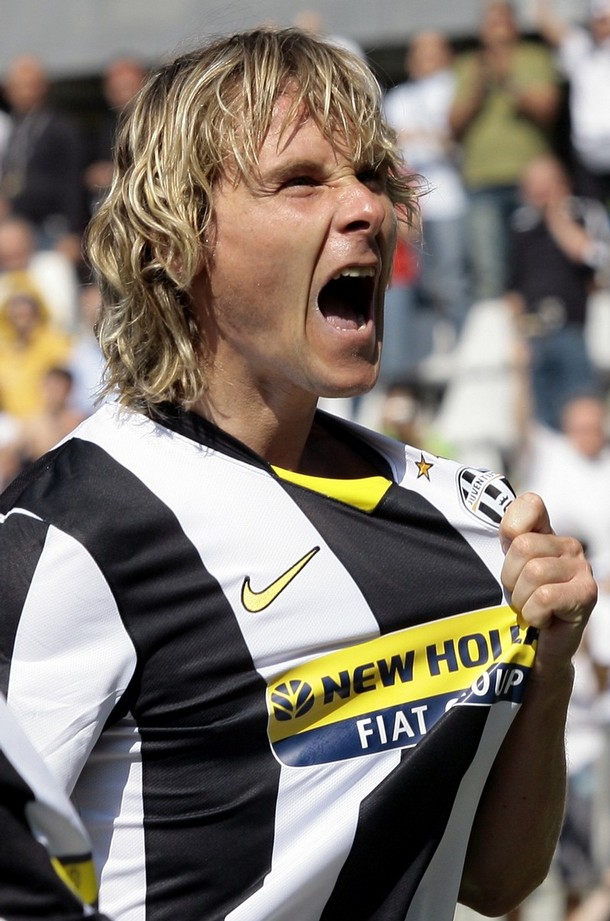 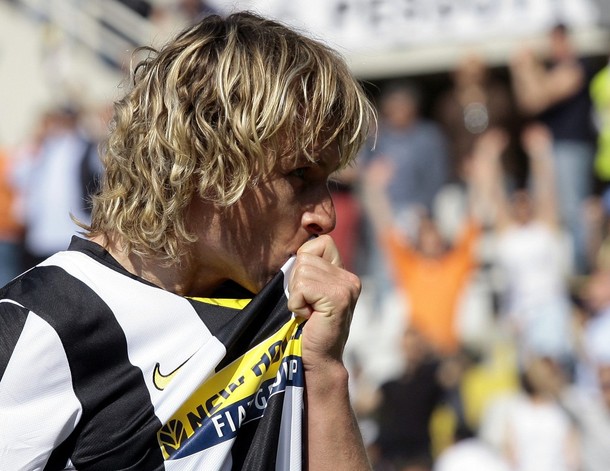 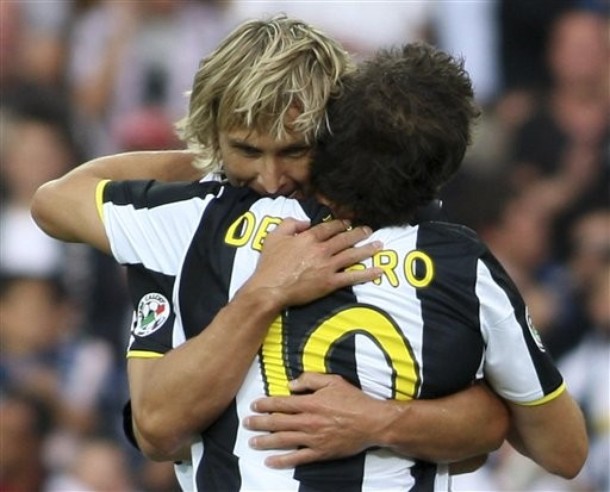 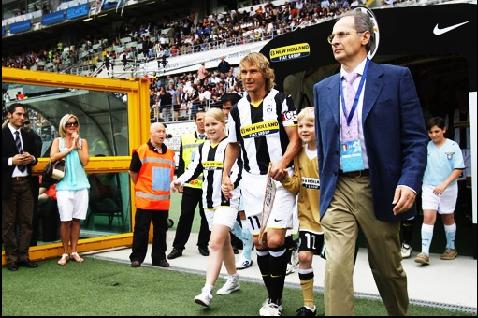 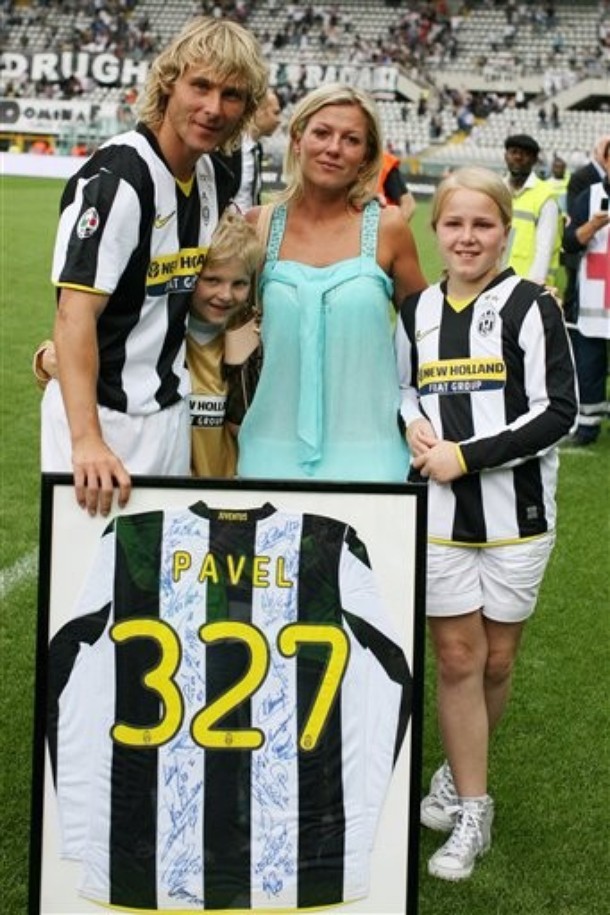 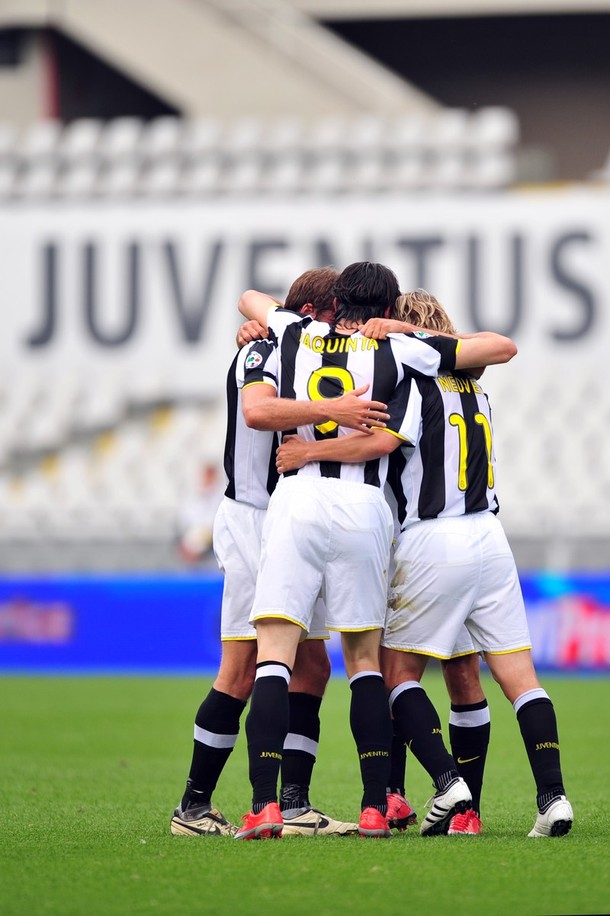 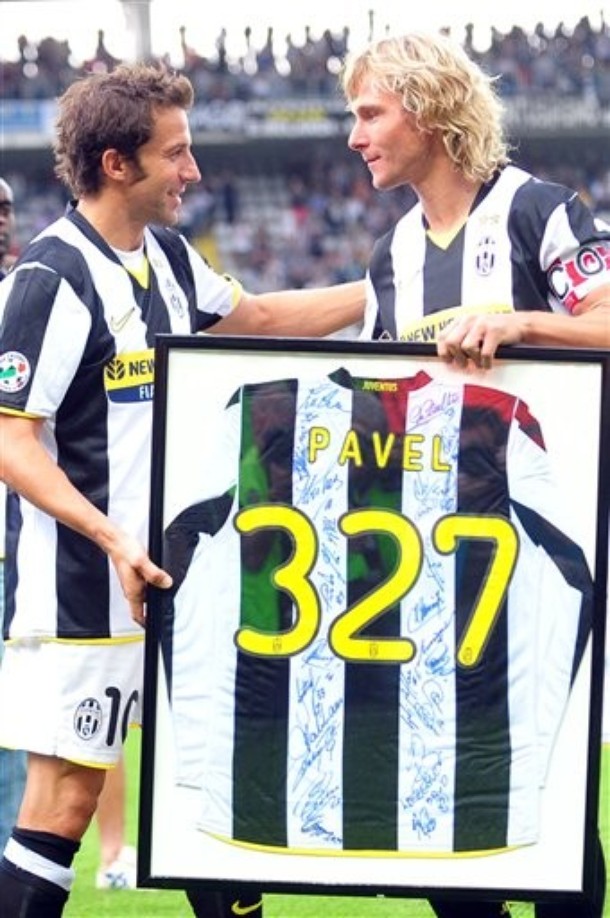 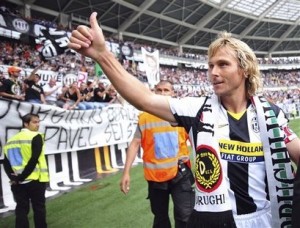 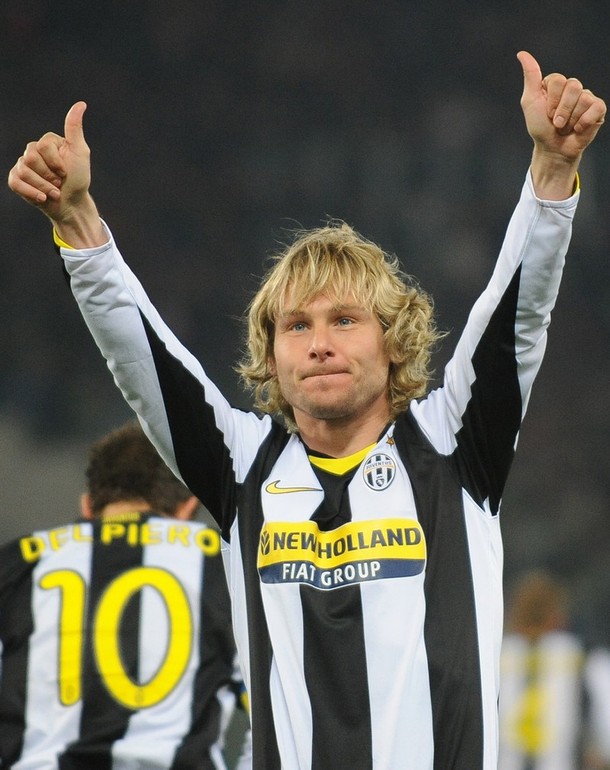