Share All sharing options for: So Long, Viking Warrior!

I never saw this coming, no doubt. The crystal ball failed me on this one, you'll notice there was no mention of Olof Mellberg leaving Juve in the departures post, though I did mention his name when I said I expected a right-back to leave. After a mixed year in Turin, it seems the suits have officially decided to send Mellberg packing to Olympiakos in Greece, for a 2-2.5million euro fee.

What a stupid move.

Sure, it's pure profit, considering we picked him up on a free transfer last season, but it is a short-sighted move by the management. Mellberg was a reserve, nothing more, but never complained about his role in the team, so I doubt it was a case of limited playing time especially with the arrival of Cannamerda. Rather, the management saw a chance to cash in and sell him off. (This could be a brilliant business, signing Bosmans and selling them later for profit. As long as the fee is bigger than their salary, it works) 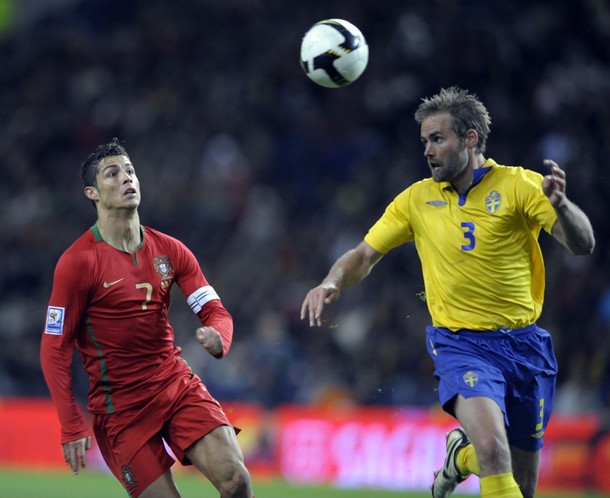 Why is this dumb? Aside from his good character, he put in decent performances. There's 3 defenders that on performance alone should be out the door before Olof does. A great display in big games against Real and Roma, though some iffy displays against mid-table and weaker decides. Here is his player rating for the season from a few weeks ago:

OLOF “The Beard” MELLBERG- 6: I thought it was great to compare him to Loria, who Roma actually spent money on. It makes me feel a lot better about his transfer. Against Real Madrid, Roma, and other big games, Mellberg played wonderfully, making crucial tackles and generally being dominant in the air. Against the lower, weaker teams, he was schooled. A good reserve, but no one is suggesting he take a starting place anymore, unless perhaps at right-back. At right-back he is not as adventrous as Grygera or Zebina, but that’s not necessarily a bad thing. There are rumors of Olympiakos offering 3million euros for him. No dice, it would cost much more to get an equally capable replacement.

Where are we going to get a new capable central defender who costs 2-3million euros? There's four options:
#1- Bosmans- like Cannamerda this season or Olof himself last season. But Bosmans generally are coming from a foreign league, (difficulties adjusting) are older, and in general are going to be hit or miss.
#2- Very young, very cheap talent- Generally we send them on loan to get playing time, so it would kind of be counterproductive.
#3- Bargain bin deals- Like Loria, or some other crappy defender, who are very cheap. Then pray to God he turns a new leaf.
#4- Loans- Like Senderos or He-Who-Shall-Not-Be-Named, it's a short-term cover option with a wide range of results.

None sound as good as "retaining a seasoned unselfish veteran with proven leadership and adequate defensive ability." And no...Chiellini, Legrottaglie, Cannamerda, and Ariaudo are not sufficient cover for center-back.

It's a poor decision as I'd rather have let his contract run out, but not one I'm going to lose sleep over. Olof, we enjoyed your brief stay in Turin and wish you nothing but the best in Greece.