Everyone thought, myself included, that Diego would be the dragged-out mercato aim of this summer. Given his price, Bremen's reluctance to let him go, and Secco's past with Amauri, I figured negotiations would go on endlessly and eventually result in us overpaying or signing Taddei as his substitute. Secco had been discussing the deal for a while and thankfully wrapped it up quickly.

But what seemed what would be a relatively short negotiation for Gaetano D'Agostino, the regista extraordinaire of Udinese Calcio over the last season, has started to become drawn out. Udinese know what they are sitting on, and they won't let him go for cheap. Frankly, I am surprised at how little we bought Iaquinta for, I forget constantly that he joined us for only €11million, a bargain that frankly makes Amauri look vastly overpaid. Udinese won't doing that again. 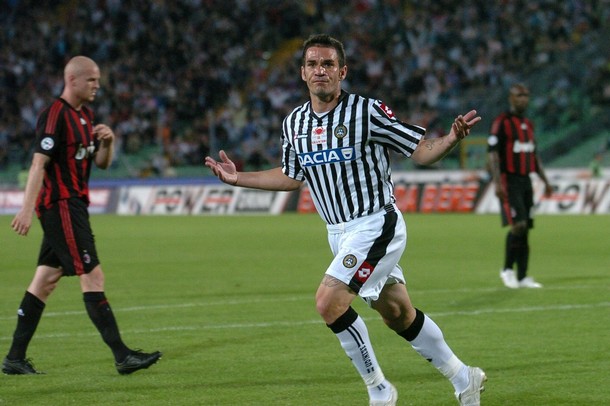 The current rumor is that Udinese is demanding one of Juve's youth crown jewels (Marchisio, Giovinco, De Ceglie) in exchange for D'Agostino, of course alongside a hefty chunk of change. Udinese's president has rated him at €30million. Obviously, this is a ludicrous number and no sane person would pay that much, Pozzo himself knows he isn't worth anywhere near that. A traditional negotiating tactic, that's all. Juve have the cash, but Ferrara, Secco, and Blanc are loathe to part with one of our future stars, and Udinese is playing hardball in demanding a youth product, and rightly so. This is a team that has played exciting attacking football over the last several years, but more importantly, has been a selling club. They've lost numerous stars, but managed to replace them, largely due to their great scouting network and willingness to trade established players for young starlets.

Why We Need D'Agostino:Gaetano would add a dimension to our team that has been missing since our promotion back from Serie A, and that, quite simply, is a talented passer in midfield. Sissoko is certainly not, and Marchisio and Zanetti are decent passers but we have not had a maestro in midfield. Pre-Serie B oftentimes we didn't need one, with our wingers still young and brilliant forwards (we still have them), the central-midfield could be largely ballwinners. With a likely switch to a 4-3-1-2 on the cards, we need someone in midfield who can get the ball up to the forwards and create spaces with his vision. We can't rely on a trequartista always, ignoring Diego's possibility of flopping or the inevitiability spell of poor form, if he is marked heavily in a game that would destroy our offense and we'd have to resort to long balls or (gasp), our fullbacks. You could easily see it with Milan, if a team marked Kaka well, (with Pirlo in mediocre form or injured) the entire team was bogged down. He would fit in very well in a 3-man midfield, one with a center-mid, a ball winner, and a regista. Sissoko-D'Agostino-Marchisio, is how I imagine it. That sounds disgustingly good.

D'Agostino has proven in his brief time as a regista that has possesses the character (ahem, Tiago) and the technical qualities (ahem, Sissoko) to be a world-class distributor in our midfield. Many have agreed that he was by far one of Serie A's top performers and in general, better than Pirlo over the last season. He would be a great addition to the squad simply because of his ability on the ball, but he's also has better defensive skills than Pirlo. He's not the player that is going to go flying suicidally into a Sissoko-style slide-tackle, but he can make challenges and just as important, pressure opponents when the midfield is playing defense. Also...have you seen his set pieces?! 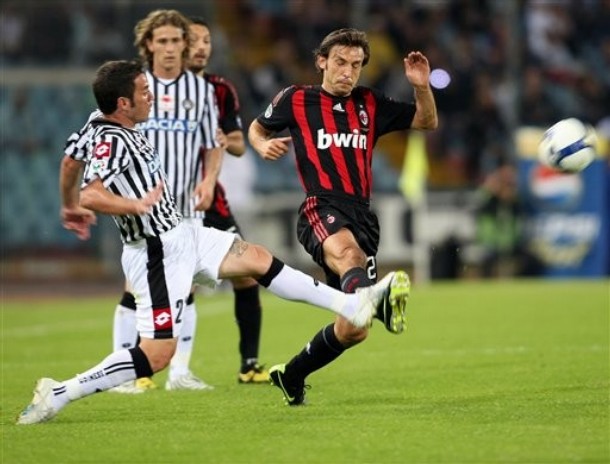 Showing the master how to play defense

Why D'Agostino over other targets: Probably the biggest comment brought up by doubters is his lack of experience, a "one-season wonder," perhaps. This is a fair question, but unfortunately there is no way I can reassure you otherwise; he has only been used as a regista during the past season under Pasquale Marino, having grown up as a trequartista like Giovinco. (Back in the youth teams, Marchisio used to play in the hole or as a supporting striker as a side note) So there really isn't a mountain of evidence to prove he can cut it at a big club. Like Milan did with Pirlo, we may just have to take a chance, though clearly his best position has been found already.

When you consider some of the other midfielders linked with the club that would fill the 3-man midfield, whether in the regista position or not, it makes D'Agostino look even better. I've never been very impressed by Elano, he's a good player but is too inconsistent and his position is more offensive than we need. Plus, his agent is Antonio Caliendo and I would snub Elano just so I'd never have to hear that slimeball talk. Diarra is unnecessary, as we already have 3 defensive midfielders and he's coming off a season-long injury. Ledesma would be a cheaper, Serie A option, but he has not convinced me as much as D'Agostino has. The first two players would be a gamble as much as D'Agostino is, but he has two things they do not. First, of course, he is coming from a Serie A club so there would be no difficulty in adapting to the league or of course, the language. And second, born and raised in Palermo, it is not surprising that D'Agostino is a lifelong Juventus fan, and continues to be so today. One of Poulsen and Tiago's biggest faults is sometimes they seemingly just don't care enough; the club is in Gaetano's heart, it is unlikely we would see that same issue.

But at what cost: As I started the piece with, this is what is holding up the deal. D'Agostino, his agent, the Udinese President, and Udinese transfer director have all confirmed that the 27-year old wants to join Juventus. In many cases including the Udinese administration, they have stated that it will happen. As mentioned, Udinese wants a starlet. Giovinco and Marchisio are clearly unsellable, though the same cannot be said about Paolo De Ceglie. With Dossena, Grosso, or hopefully Criscito on the return, PDC's playing time will be limited especially given that we will generally not be using wingers, though his crossing ability as a fullback would be missed. There's been plenty of rumors that Ferrara does not rate De Ceglie right now and he will be sold (either in full or co-ownership) to Napoli. I don't understand why we wouldn't throw him into the D'Agostino deal instead, Udinese has expressed interest.

(You know how YouTube replaces music on some videos if it detects copyright infringement? Why can't you do that normally, or just as good, mute it by default?)

Udinese will want a good chunk of change too, but we can bring this further down by offering the full ownership of Michele Paolucci, who Udinese currently co-owns as part of the deal to bring Iaquinta to Turin. As we've said a dozen times, Juve has plenty of quality up top and with the exception of Del Piero, every striker has easily 4 years left in him. There will be no room at Juve for Paolucci unfortunately, but Udinese could certainly use him with the departure of Fabio Quagliarella to Napoli. The team has young guns like Sanchez, Floro Flores, and of course the prince of Udinese, Di Natale, but Paolucci scored a respectable 7 games in 20 starts on loan at Catania this season.

With the co-ownership of De Ceglie and Paolucci (probably about €4mil each), I would estimate we would pay about €6-8million in cash to Udinese, probably spread over at least 2 seasons. A reasonable deal, if it does indeed go through. Of course, it depends on a lot of factors; will we will spill out for a fullback? If we fail to, will Ferrara decide De Ceglie unsellable? Will Catania try and purchase Paolucci's contract as they have expressed interest? Will Udinese go for Marchisio or Giovinco or be content with De Ceglie? The negotiations will probably go on for a while, as Secco likely will look at alternatives. I hope he does not give up as he did with Xabi Alonso, it seems pretty clear that failing to follow through on Xabi was a big mistake. D'Agostino and Udinese want to make this deal happen. Get it done, Secco.