Share All sharing options for: Previews: Juventus-Milan; an Exclusive Interview with Carlo Ancelotti

De Ceglie and Gio v. Becks and Dinho. Of course that won't be the only matches going on the pitch, but it just goes to show you the differing transfer policies of the two clubs. Juventus prefers cheap young Italians and cheap bargain-bin players, whereas Milan prefers cheap faded glories. Pick your poison.

If you'd like to read, in the Andata, Gianfranco of the Milan Offside and I did a nice friendly preview where we analyzed either others teams and moaned about our own. Shortly before we spanked them 4-2, of course. While we haven't done a collaborative version this time, instead of a preview, I am proud to announce that the Juventus Offside has secured an interview with none other than Carlo Ancelotti, current coach of Milan and ex-loser at Juventus. And yes, we conducted it in English. Sorry Gian....we're just too big for you now. 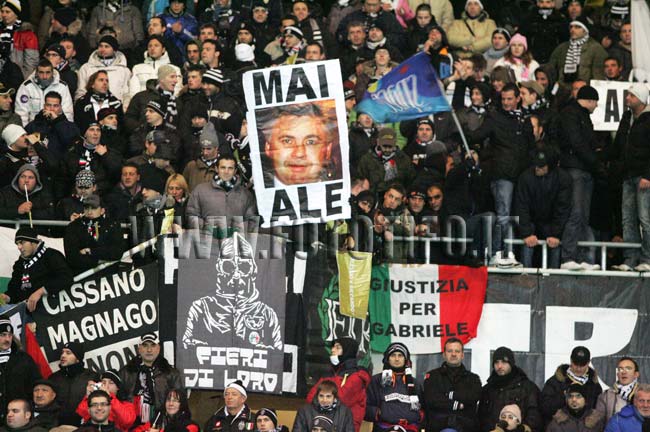 So without further ado, here is the transcript.

Alessio: Hi Carlo, thanks for doing this with us. And thanks for two years of European failures and consecutive 2nd-place finishes.
Carlo: Fuck you.
Alessio: Love the passion. So Carlo, how is it over at Milan coaching the Galacticos of 2003....only in 2009?
Carlo: Eh. We've hired an Asian masseuse 24/7 for Paolo, tried the same for Nesta but he didn't respond too well. Between Inzaghi's kidney stones and Gattuso breaking his hand falling into the dugout, it's a pain in the ass, I gotta tell you.
Alessio: Given the last few transfer seasons in which you preferred Dida over Buffon, and signed Sheva, Dinho, and Kaka's little brother...
Carlo: (interrupting): That's all Gallani's bullshit, man. Hey, do they say "man" as slang in London?"
Alessio: Y'know, I've really never been. Couldn't tell you.
Carlo: (pensively) I need to get a book on this stuff...
Alessio: Check out urbandictionary. So what are your plans for tomorrow?
Carlo: Christmas tree, son. 4-3-2-1, it helps me learn how to count in English. Right now Inzaghi is unbenchable. Have you seen him? He's been taking his vitamins, helps to avoid the kidney stones. Maybe he can chat with Molinaro a bit, I hear he's been suffering recently. It's all that milk, man, you gotta cut it out of that diet. I kicked the habit back my 2nd time around at Parma.
Alessio: Parma; Prosciutto or Formaggio?
Carlo: Formaggio. But the ham is pretty good, too. I was having an argument with Paloschi about it...he insisted that Milan's meat was better. Ha! Sent his ass on loan there just to prove it. I just hope he brings up his argument about Risotto being better than Mexican burritos. How do you say "Can I buy a surgical mask," in Spanish?
Alessio: "Puedo yo comprar una mascarilla?"
Carlo: Nice. Let me write that down. 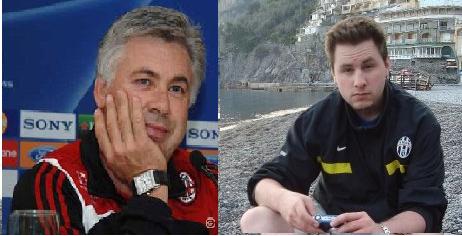 I swear, we were in the same room and everything.

Alessio: So who is going to be lining up in defense? You know, you're gonna have to invest pretty heavily in defense this summer. Nesta and Maldini out...and Janks, Kaladze, and Zambrotta aren't too young.
Carlo: What kind of journalist are you? One question at a time, God. And don't lecture me on defense, I've been...(looks up phrase on urbandictionary) "barking up that tree" for years now. What the hell does "barking up a tree" mean?"
Alessio: I don't really know. It's just kind of a phrase.
Carlo: Cool. But yeah, with the boss busy in politics and now getting divorced, I'm not sure if it's gonna happen. Let me tell you, his wife is gonna sue the pants off of him! I keep telling him: Silvio, pre-nup! Pre-nup! As for Sunday, I'm thinking Maldini-Favalli in the middle, and Flamini and Zambrotta on the flanks. Maybe Janks, depending on how much of a bitch Mathieu is about Arsenal losing in the semis.
Alessio: And the rest of the team?
Carlo: That question wasn't creatively staged. But fine, here you go. Beckham, Pirlo, Ambrosini, Kaka, Seedorf, and Inzaghi up top. Of course, maybe I'm just throwing shit out there to confuse the media. See, Jose, I can manipulate too? Just kidding, I like you Alessio. If Pato's raring to go, maybe a 4-3-1-2 with Seedorf swapping out for the wonder boy. We know how much your team loves counters and offside traps. Pato and Inzaghi are going to have some fun tearing your defense apart. We're going to stomp you.
Alessio: 0-0, 3-2, 4-2, jackass.
Carlo: Oh yeah? 3-3, 3-2, 1-1, 2-2, 2-2. Have you seen our streak? WWWWW, bitch.
Alessio: Your English vocabulary is impressive.
Carlo: Thanks. Want to give me some insight on the Juventus lineup?
Alessio: Sure. 4-4-2. Molinaro has kidneystones and this, which I only can assume is some kind of cocktail of all the injuries we've had all season, so he's out. Brazzo, Marchisio, Sissoko, and Knezevic are all injured, while Grygera, Legrottaglie, and Chiellini are fighting to make full fitness. Nedved and Mellberg are suspended. I'm thinking this- Buffon; Zebina, Legrottaglie, Chiellini, De Ceglie; Camoranesi, Zanetti, Tiago, Giovinco; Iaquinta, Del Piero
Carlo: Brazzo, is that some kind of new STD?
Alessio: No, it's the guy who's 5'9" (1.77m for you crazy metric people) and somehow managed to score a header against you on a set piece...
Carlo: We've always sucked at set pieces.
Alessio: I know. So we've got Milan's recent form, your lineup, what else is there?
Carlo: Am I getting paid to do this interview?
Alessio: You are not.
Carlo: Damn. I'll just say give Maldini some props since it's his last game out there, and watch out for SuperPippo. I swear to God, he just cracks me up. He taps in the goddamn ball against a team like Reggina and acts like he just scored a screamer in the Champion's League final! I die everytime.
Alessio: Speaking of the Champion's League final, it's in Rome. You've always talked about moving there to coach i Lupi, when is that going to happen?
Carlo: This summer, I hope. We just gotta get Spalletti to move his ass. London's cuisine is nothing next to a nice gelato in the Piazza della Repubblica. Or a panino sitting on the Spanish steps. Or a nice dinner of linguine al pesto washed down with a nice glass of wine...
Alessio: We get it. Rome's food is awesome, London, despite being a cosmopolitan city, has food whose poor quality is only rivaled by its' women.
Carlo: Exactly.
Alessio: Thanks for doing this interview. One last question...if Spalletti stays, Real or Chelsea?
Carlo: Not really sure. How's the tapas in Madrid?
Alessio: Pretty good, though to be honest, Spanish olives are inferior to Italian ones.
Carlo: Maybe I can bring some over with me...
Alessio (interrupting): I'm sorry, we're out of time.
Carlo: Although I hear easyJet charges for checked bags now...I wonder how much they'd charge for a bag full of olives... 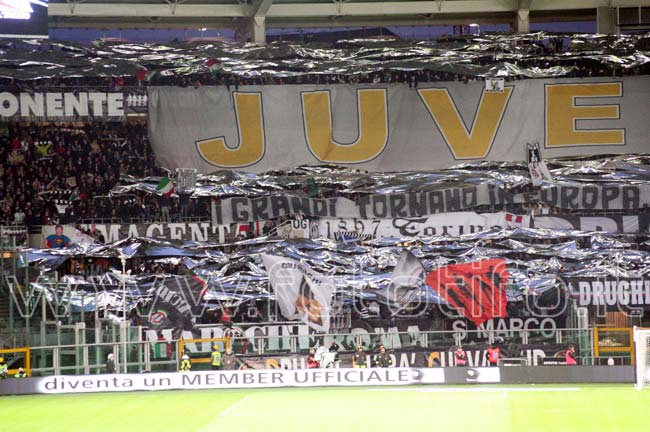 There you have it, ladies and gentlemen. A fascinating interview with a fascinating man. May the best team (read: Juventus) win this Sunday!