Some of you were wondering about that game in Turin the other night. The 18th annual charity match, "Partita Del Cuore," took place at the Stadio Olimpico di Torino this year, between the Ale+10 (Ale+Juventus legends and other random people who have money like Lapo) and the "Italian National Singers Team." Like all good charity games, there was awful defending, plenty of goals, (ended 6-6) plenty of entertainment, and for extra drama, a penalty shootout in which Del Piero took up his favored position as goalkeeper. Sadly, I could not find a video of the shootout. If anyone can, post it and I'll put it up here.

Some quality photos of quality players and videos of the event after the jump: 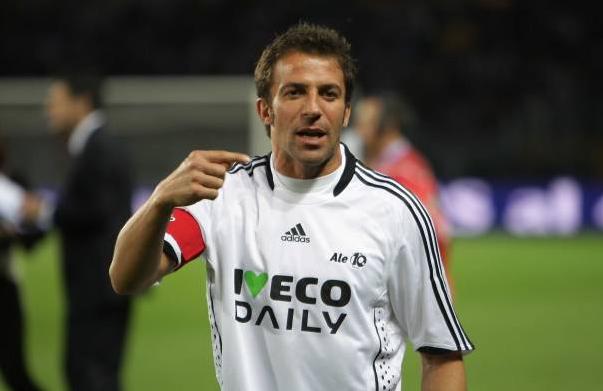 Apparently Lapo got pretty gassed after about 25minutes. Not surprised. Peruzzi was there, though he didn't play in goal the entire time. Does this lineup make you nostalgic for the 90s or what...

Del Piero having some fun as keeper.