A Step in the Wrong Direction..

Share All sharing options for: A Step in the Wrong Direction..

Children, you too can abandon your club in its´darkest hour and return a few years later to a glorified retirement! 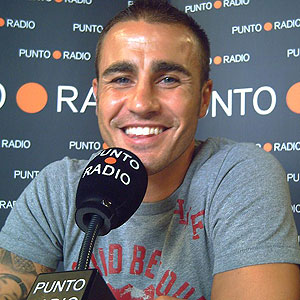 "Juventus football club has deposited the contract of Fabio Cannavaro which will run from July 1, 2009 until June 30, 2010. As noted, the player's contract with Real Madrid expires on June 30

The good news, of course, is that last night in the Ale+10 match, he was jeered every single time he had the ball. May it continue all season.