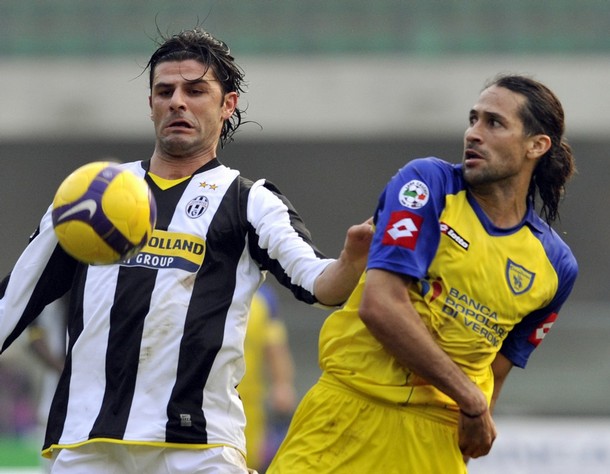 CHIEVO IN AWAY MATCHES

Four victories, three draws and seven defeats. The results obtained by Chievo while playing away are identical to those obtained at home, having collected exactly half the total tally of 30 points. Furthermore Chievo scored one goal more while playing away then it did at the Bentegodi and conceded the same number of goals. Far from Verona, the beginning was a tough one with four defeats in five matches.

The turning point came on the 14th match day with the narrow victory at the Friuli. After the 1-0 against Udinese the team managed to obtain another three points in Reggio Calabria (again 1-0), in Bergamo (2-0) and on the last trip to Rome, when it beat Lazio with a magnificent 3-0 thanks to a goal by Bogdani and two scored by Pellissier. Away against the big teamsChievo lost with the minimum difference against Milan (1-0) and against Fiorentina (2-1), while the heaviest defeat was against Inter, a 4-2 which was well sought even managing to equalize temporarily from 2-0 to 2-2 before the drop at the end of the match. 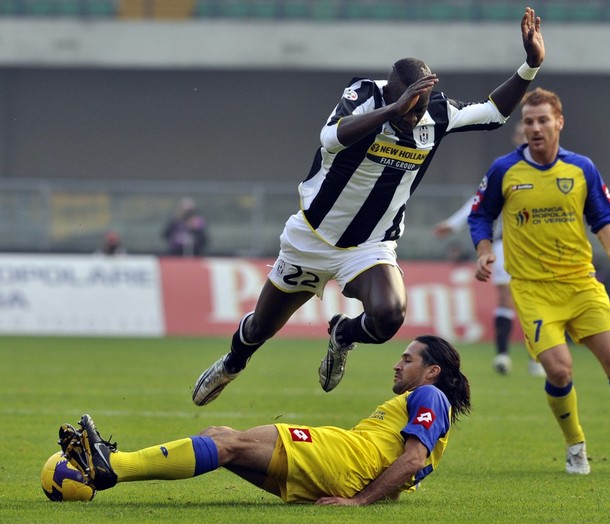 Juventus-Chievo, the history of a full tally. In Turin, in all 5 matches played at the Delle Alpi the Veronesi never managed to inflict damage. Notwithstanding this, the Veronesi managed to create difficulties for the bianconeri in certain circumstances in what is a classic example of this encounter between David and Goliath between the reality of an area and a super-power.

The first time is the most exciting, a paradox of a match especially since it happens at the 3rd match day and sees Juventus and Chievo momentarily occupying the leadership of the table. Not only, the gialloblu managed to go ahead by 2-0 thanks to two goals by Marazzina. The reaction by Lippi’s men is however immediate and by the end of the first half the match is already at par thanks to a great aerial shot by Tacchinardi and a header by Tudor who anticipated Lupatelli. In the second half, it is Marcelo Salas from the penalty spot who gave Juve the sole leadership.

The following year the match is even more exciting even though a mere formality for Juventus who had already won the scudetto and limited itself at bothering the guests. A hat-trick by Oliver Bierhoff was not enough for them to avoid the 4-3 defeat which ruined the plans of a historical qualification to the UEFA Cup for Campedelli’s team.

In 2004 it a former Verona player to inflict pain on Chievo: the match is in fact decided by a goal by Mauro German Camoranesi after 10 minutes. The following season even Fabio Capello confirmed the positive tradition. The 3-0 end result is the largest score margin registered in the history of these direct encounters. The goals were scored by Zalayeta, Nedved and Ibrahimovic. Finally, it is David Trezeguet who inaugurated the 2005/06 championship with a goal scored with a header after 36 minutes to decide the match. 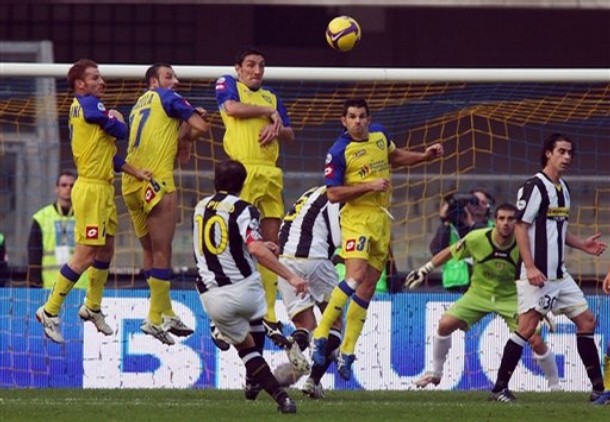 Seriously Tiago? The robot? What the fuck...

That of Chievo is not a particularly young team. The team in fact has had the merit of revitalising players who did not find their luck in the big teams abut managed to boost their career in the provinces (please refer to the first team in the Serie A back in the 2001/02 season with players like Corini, Perrotta, Corradi and Marazzina).

At the moment only 3 players are under 23 years of age. The most utilized is Simone Bentivoglio, a midfielder brought up in the Juventus nursery and who is currently in his second season in Veneto and one of the players to have had most appearances. The 21 year old Brazilian , Kerlon, who was brought over from Cruzeiro has had 3 appearances with a total of 44 minutes played up to now. Finally there is the 20 year old Valerio Anastasi who made his debut against Inter 5 minutes from the end of the match. 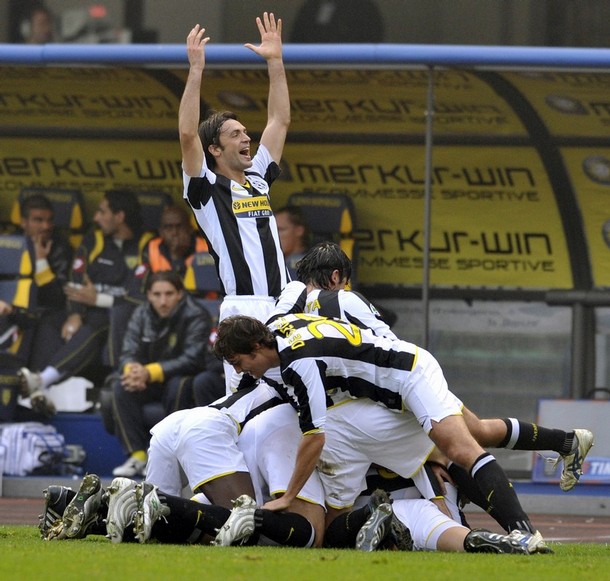 That's a pretty big smile you have there Paolo

There are at least 7 Chievo players which have been utilized for at least ¾ of the matches of the current championship. This strong hold of the gialloblu is led by Sergio Pellissier who also scored 6 goals: he is the only player to have played all 29 matches. With 26 appearances come goalkeeper Stefano Sorrentino and midfielders Michele Marcolini, Giampiero Pinzi and Luciano. With 25 appearances comes Colombian defender Yepes and to end the list is another defender, Turin born Andrea Mantovani.