Both sides come into this fiercely contested derby with different ambitions; a win for Torino could push them further away from the drop zone, whereas a win for Juventus could quite possibly cut Inter´s lead to 4 points. Full preview after the jump. 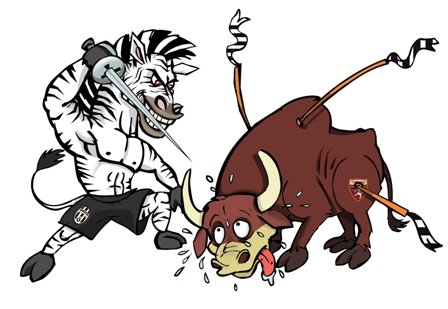 Towards the derby: interesting facts

The derby della Mole is always a moment which is long awaited by the Turin supporters of both teams. In view of the match scheduled for Saturday night let us discover a few interesting facts.

The biggest victory for the bianconeri
This dates back to the 20th of April 1952, when Juvenus beat Torino 6-0 with two goals each by Boniperti and John Hansen. The other scorers were Karl Hansen and Vivolo.

The most awaited victory
25th March 1979: after a series of negative results which lasted for 10 derbies the bianconeri managed to win 1-0 with the match winner scored by Cabrini.

The Juventus top-scorer
Giampiero Boniperti is the Juventus player to have scored most goals in the derby with 13 goals, followed by John Hansen with 9, Borel II with 8 and Platini with 7.

Platini always left his mark
Ten derbies and 7 goals. This is the goal-scoring rate of Le Roi in the stracittadina. The best of his performances dates back to the 26th February 1984 (Juventus-Torino 2-1): the granata went ahead on the 55th minute with Selvaggi. Michel first equalised with a header following a cross by Vignola (66th) and then put the bianconeri ahead from a splendid free-kick.

Great comeback on the 7th March 1982
The rain was pouring down for most of the match which was rich in emotions and incredible changes. Torino opened the score and scored a second but Juventus did not give up, equalized , turned round the result and won with an amazing 4-2 thanks to two goals by Scirea and goals by Tardelli and Brady. 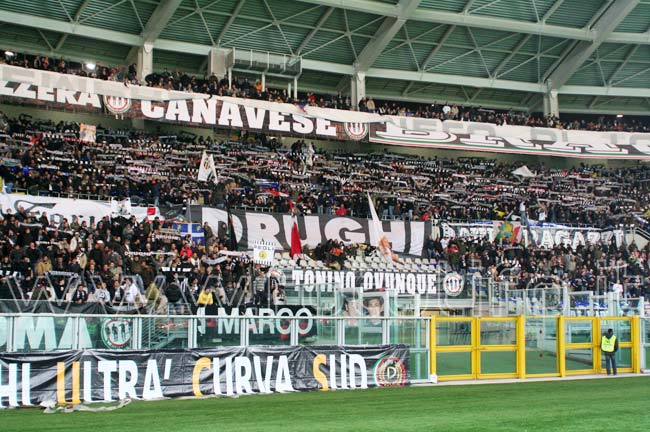 Recent form:
Juventus- Mixed: We´re not in Championship-winning form, but neither is Inter or Milan. Juve have been struggling recently in Serie A, though picking up the points. In the last two weeks the team suffered two 1-goal defeats in the Coppas (1-0 Chelsea, 1-2 Lazio) while disappointing, both ties are certainly still open. If you want to know why Alex Ferguson´s ManUre is so laden with silverware, you only have to look at their March form. This is the crucial time, and we need our team to start going on a positive run. A win against the Toro could spark it.

Torino- Poor, but improved: Pre-season I picked this team to finish comfortably in midtable. The team has a solid defense/keeper (they conceded less than Genoa, Napoli, Atalanta, and Udinese last season) yet struggled to score. With the addition of journeyman striker Nicola Amoruso alongside Rolando Bianchi (with Rosina in support) I was sure they would avoid relegation without any Uefa ambitions. I was wrong. Their offense has improved marginally, but their defense has leaked far more goals than last season. The team was struggling in the relegation zone, but 2009 has been relatively positive. The team has gone unbeaten in 7 (although true to Toro form, only 1 was a win) and is starting to claw itself out of the drop. 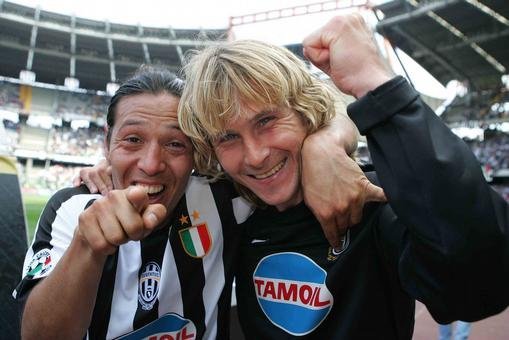 Formations:
Juventus- 4-4-2, baby. With Chelski on the horizon, Ranieri might choose to rotate a bit, as he did against Palermo. Injured for the match are Legrottaglie (suspended anyways), Grygera, Camoranesi, De Ceglie, Zanetti, and of course, our favorite, Andrade. Knezevic (please don´t play) and Zebina make their 1st-team return after lengthy injury absences. As Ranieri doesn´t favor either anyways, don´t expect to see them on the pitch. Ariaudo has been called up. He´s got a tricky situation in defense. Marchisio will likely represent the Torino-homegrown faction, as Giovinco will probably start on the bench again.
Predicted lineup: Buffon; Salihamidzic, Mellberg, Chiellini, Molinaro; Marchionni, Sissoko, Marchisio, Nedved; Del Piero, _______

That blank spot is because Trez could definitely get the nod, he´s looked dangerous in the short time he´s been back from injury whereas Amauri has been struggling up front a bit.

Torino- 4-4-1-1, according to most reports. The Torino Offside is kind of like the team´s form....sometimes on, but generally nonexistant. (Should the Toro win (gasp) I expect it to briefly explode alive) They typically play Rosina behind Bianchi, now that Amoruso has left. Injured for the Toro are Abbruscato (Elvis), defenders Rivalta and Di Loreto, Palermo´s favorite Aimo Diana, and Nicola Ventola. Paolo Zanetti is suspended. Gasbarroni, a Juve youth product, may make his Derby della Mole debut, only on the Granata side.
Predicted lineup: It´s a crapshoot, because I have better things to do than watch boring 0-0 relegation battles. Sereni; Rubin, Dellafiore, Natali, Colombo; Gasbarroni, Dzemaili, Corini, Abate; Rosina; Bianchi 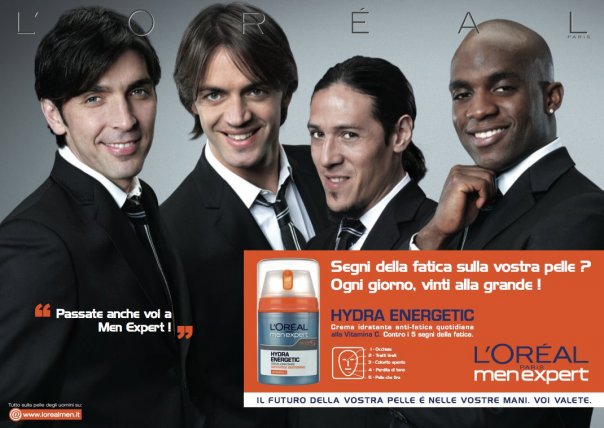 For those wondering what Juve has been up to recently...

Key Battles to Watch:
Makeshift Juve defense v. Rosina´s creativity&Dud- Juve- Fast talented dribblers have occasionally troubled us, and Rosina is a trickly little midget. Bianchi doesn´t worry me too much...once heralded as the future of Italian football, his reputation has pretty much collapsed in the last year and a half. Juve should be able to keep them at bay.
Gigi Buffon v. Boredom- Gigi- Torino has not scored against Juve since 2002, from a penalty. Expect Gigi to have a quiet night in front of goal, but if called into action, he will be prepared.
Struggling Juve Offense v. Leaky Toro Defense- Push- Toro´s defense has been pretty poor this season, but Juve has been struggling to score up front recently. We all know in derbies recent form doesn´t matter. If recent history is to tell us anything, it´s to expect a low-scoring game. Recent results (1-0 Amauri, 0-0, 1-0 Trezegol) have been cagey affairs.
Juventus Dominante v. Juve choking: DOMINANTE: This season we´ve sometimes choked when we have a golden opportunity to cut Inter´s lead. With Inter playing Juve Primavera #2 one might fear us doing it again. But this is a derby, and we´re playing at the same time. (almost) 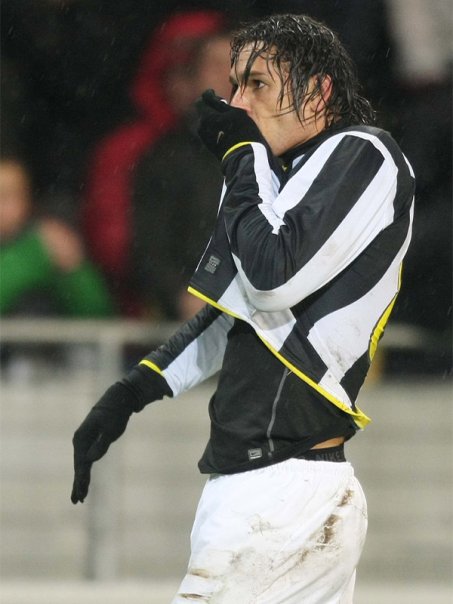 Prediction: We´re gonna take this one. Too much is at stake. 1-0, Iaquinta as a sub.

Oh and to get things a bit spicy...