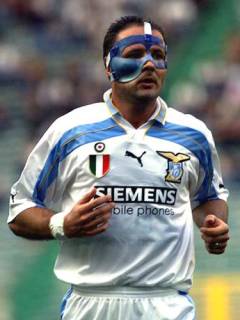 More injury emergencies have emerged following the Champions League match. For the match against Bologna on Saturday, Mr Ranieri has lost other important elements and to call-up 18 players he was forced to turn to 4 Primavera players: Ariaudo, Esposito, Daud and Immobile.

The last few days have been fatal. After Marchionni (halted by muscle strain), Legrottaglie (who has not yet recovered from the blow to the knee suffered two weeks ago against Napoli) and Nedved (forced to exit the field a few minutes into the match against Chelsea due to a blow to a rib), the list has grown further with Trezeguet, Amauri and Manninger (see statement).

Apart from these, De Ceglie, Camoranesi and Zanetti are still recovering and hence still part of the injured players list. Ekdal will be playing with the Primavera (on Saturday afternoon against Modena) together with Knezevic who will see his return on a field after 5 months from his last match.

Below are the names of the 18 players called-up: