During the wake of Juventus' Champions League exit, here's an assembly of some post-match comments made by the team and management. However, The Offside regrets to inform you that neither roberto or alessio are available for comment yet as they remain in police custody following some drunk and disorderly conduct Tuesday evening.

"Certainly there are regrets. It was tough against a great side, but we had taken the lead and it's a shame we conceded right on half-time, as that was a heavy blow. David did well to pass the ball back, as it wasn't easy with the Chelsea defence set out. When Del Piero scored we thought we would score again and go through, but Chelsea netted on the counter and it all got more complicated."- Iaquinta 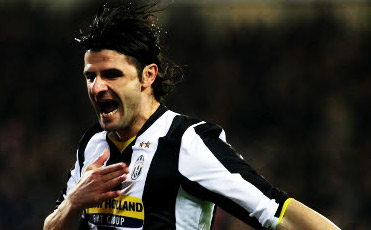 "Juve were practically perfect for the first 41 minutes, but [Frank] Lampard's shot seemed to stop there and we all held our breath. The goal knocked the wind out of our sails. From then on Chelsea were able to control the tempo more and then we went down to 10 men, too. We still believed right to the end, but it isn’t easy to play against a side like Chelsea with 10 men..."

"Losing Nedved so early in the game was a heavy blow, as he can really drag the team on. The real blow was that goal before the break, as going into half-time with the lead would have given us a whole other state of mind. Chelsea did well with their chances, but were by no means superior to Juventus over the two legs. I am pleased with the performance, both mine and the team, so all we have are regrets now. We wanted to do well after such a long absence, but we must take the positives from this experience, especially for those like me who were having their first Champions League games."- Molinaro 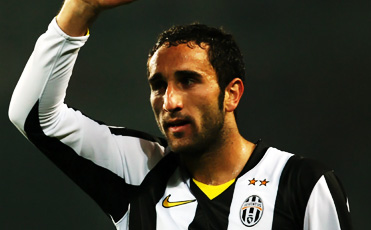 "The regret is we proved we could put Chelsea under pressure, but did not do it enough and find a way through them. Chelsea are very experienced and that was probably the main difference over the two legs." Trezeguet was one of those who remained and was in the starting XI last night in Turin, but was visibly irritated when he was replaced by Amauri. "I was not happy, no, because we were 2-1 up and needed another goal with only a few minutes left. I hoped to give my contribution over 180 minutes, I was not able to and that is the Coach’s decision. I respect his choices and will keep training to earn my place in the starting XI."- Trezeguet 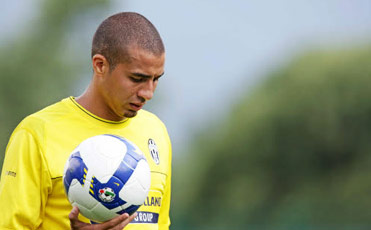 "Regret and disappointment are obviously overpowering our abilities to analyse the game right now. We had a strong start and after the goal Chelsea began to come back at us, which is understandable as they are such a good team. Unfortunately, if we had gone into the break 1-0 up then I fear it would've been a very different game. Our regrets stretch over the 180 minutes, as I don't think we were the worst team. Chelsea are probably more accustomed than we are to clashes of this level right now. We gave our heart and soul, that is the important thing, and I cannot complain about what anyone did..."

Claudio Ranieri picked a trident attack with Del Piero in a deeper role behind Iaquinta and David Trezeguet. "I was happy to take this position and I think we did fairly well. I'm not accustomed to this role any more and so it was difficult to find space, but all of Juve played well tonight. It wasn't easy to attack Chelsea, as they were very covered in defence and never really pushed forward with the full-backs."- Del Piero 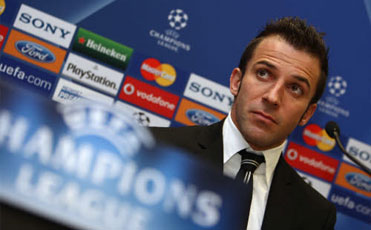 "The way it came, a draw could have been the just result and then after all we even scored the second with one men less. If we were 1 –a-side there could have been a different outcome. We definitely were not lucky. We played well notwithstanding the many absentees like Sissoko who is important for our team and Nedved who had to be substituted in the starting minutes. Then we had Camoranesi and Marchionni unavailable too and therefore the greatest regret is that we couldn’t play this match with our best team. The goal by Iaquinta was an excellent effort by our attackers. Having played badly in the last ten minutes of the first half is what set us back. The applause's made us happy and we must thank the great public that was very much behind us but what we would have liked to give them unfortunately we did not manage."- Buffon 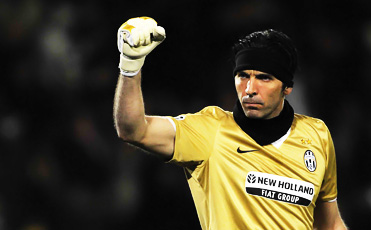 "The greatest regret is that of not having scored at Stamford Bridge. Today it is a pity how the first half ended. If we had managed to go to the dressing rooms with a 1-0 lead we would have probably seen a different match. In the second half we tried and managed to get back even though we were with one man less. However, the boys played a great match and I couldn’t have asked for more. We knew we were about to face a great team but we are sorry to leave. We will try again next year."-Ranieri 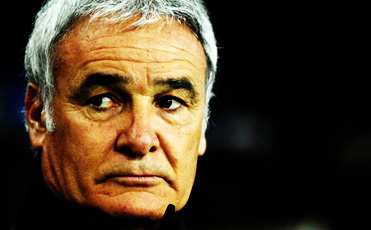 "The boys gave all they could. The players and the coach deserve the compliments of all for what they did. I am sorry about Nedved. His exit made the comeback more difficult. It is a pity because I really believed we could make it when we score the 2-1. Now we must concentrate on the next stages of our route, knowing that we have a team which is made up of real men."- Gigli 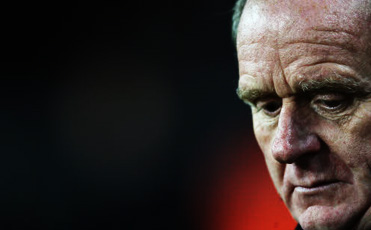