Scolari Sacked! Grant to be back!

Share All sharing options for: Scolari Sacked! Grant to be back!

Alright, so it doesn't exactly rhyme. But I was never the A student in poetry, so it goes. The breaking news of course is that Big Phil, aka Gene Hackman, has been sacked by Chelsea just two weeks before our two-legged tie. Why? You'll have to ask the Chelski Offside, my interest in the Premier League is passing at best. I know they've been underwhelming and Torres nailed them twice in the last 5 minutes a few weeks ago, that's about it.

Avram Grant has been surprisingly ticked to return, which is interesting. I don't think the guy got enough credit for what he did last season, he did what the Special One never could with Chelsea. Then again, supposedly he was in tears and furious when he was unceremoniously dumped, but I guess he can always swallow his pride. 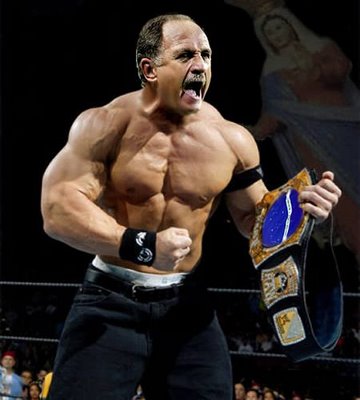 Luiz Felipe Scolari has been dismissed as manager of Chelsea Football Club today (Monday) with immediate effect.
The Chelsea board would like to place on record our gratitude for his time as manager.
Felipe has brought many positives to the club since he joined and we all feel a sense of sadness that our relationship has ended so soon.
Unfortunately the results and performances of the team appeared to be deteriorating at a key time in the season.
In order to maintain a challenge for the trophies we are still competing for we felt the only option was to make the change now.
The search for a new manager has already started and we hope to have someone in place as soon as possible.
While that continues Assistant Coach Ray Wilkins will take charge of the team on a temporary basis.

It'll be interesting to see what happens to Deco and Quaresma....boy did Ricky choose the wrong moment to quit Inter. I only see this as a good thing for Juve....they get their post-manager bounce this weekend, and by the time they come to town they'll hopefully be over the honeymoon stage.