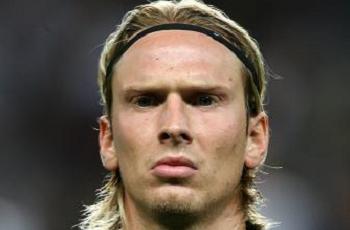 Well done Christian, well done. Off of a greatly missed clearance effort by Catania, Christian Poulsen reacted perfectly with automatic-like form to slot Juventus' winning goal just minutes after coming on. In a game that saw Iaquinta sent off early for being retarded, our 10 men side managed to sneak away with three points despite Marchionni and Legrottaglie's best efforts to aid the home side.

Ranieri after the match:

"We had lost our shape, but we are finding it again. I was trying to find my team, which had gone missing in recent games and above all our shape and balance. Today we played well with 10 men against 11 and a Catania side that never gave up. We should erect a statue in Amauri's honour for the way he kept the game alive right to the end."

"Our problem is not scoring goals. No, our problem is that we give goals away too cheaply and at times we lose our unity. Sooner or later we do get a goal."

Zenga after the match:

"We deserved more. Quite apart from refereeing decisions - which I refuse to comment on now - I am again forced to discuss a game in which we played well, had four or five chances and the opposition goalkeeper was Man of the Match. We played well, but made a mistake and lost a point. We can't get to the final five minutes against Juve and lose the ball so much in midfield, giving away endless corner kicks."

"The refereeing errors all seem to happen to us and someone is always impeding his vision of the incident. I don't want to talk about it, though, as then I'll get fines. I do not want to be fined and prefer giving my money to charity than to the Lega Calcio's Disciplinary Commission."