Juventus Travel to Sicily for 3 Points

Share All sharing options for: Juventus Travel to Sicily for 3 Points

Let's be honest, for whatever reason this Ranieri/Secco-built team seems to have some hoodoos. We can't beat Sampdoria, having drawn them 0-0, 3-3, 0-0, and 1-1. Catania has typically been frustrating as well, and Palermo has also been a tricky encounter. Since we crushed them 5-0 in Turin which marked the return of Alex Del Piero to the first team (and got one of their recent coaches sacked) the team has seemingly turned off their minds when it comes to the rosaneri. They are not relegation strugglers, this is a solid team with a bright coach. Their results against the big teams this year has been impressive, defeating Milan, Roma, and Juventus. (yet losing to Inter, thanks, asshats) If they could keep that kind of mentality against teams like Reggina, this team would be pushing for a CL spot.

Having lost in a hell of a good game in Sicily 3-2 last season, we capitulated in Turin 2-1 to Miccoli and some randomass striker; this game started our crisis that may rule us out of the Scudetto come the end of the season. It's time to turn these negative results around! With the Sicilian derby coming up for Palermo, and the biggest game since Calciopoli (for us) against Chelsea, both teams are a bit distracted going into this game. This usually goes poorly for us. 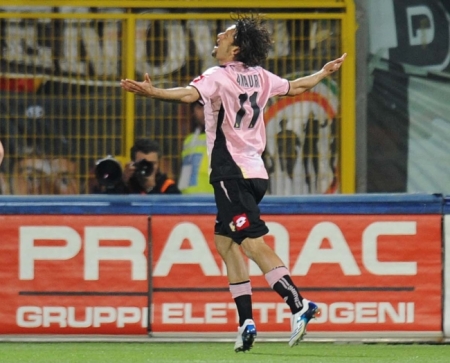 You're playing for us now, buddy...

Of course the main talking point of this game will be Amauri's return to the Stadio La Favorita, but he will likely be starting the match on the bench. Ranieri has indicated he's ready to start Trezegol, which would suggest Amauri will be starting for us against Chelsea. Staying in Turin are Salihamidzic, Zebina, Knezevic, and of course Andrade, who the Juventus medical/team reports have stopped mentioning. (no, we haven't rescinded his contract yet.)

Saturday night will see the match away to Palermo. The match could be hard for the bianconeri seeing the quality of the rosanero side. Juventus.com is providing you with some essential information in order to follow the match from the Barbera.

There are no middle ways at the Renzo Barbera for the rosanero in the championship. The team coached by Ballardini has not yet drawn a single match, winning 9 and losing 2. The number of goals scored is 23, an important average which adds up to 2 goals per match. The attack failed to score only during the match against Inter which was lost by 0-2.

Amongst the most brilliant of victories this season there are two in particular, both by 3-1: the first was obtained against Roma in the first home match while the second against Milan in the 14th match day. The Sicilian team has just registered 5 consecutive home wins against Milan, Siena, Atalanta, Udinese and Napoli.

HOW THINGS HAVE BEEN GOING

After the defeat against Udinese during the first match day, Palermo collected 3 victories in 4 games during the month of September: 9 points, all at home and useful to climb up the table and establish themselves in the UEFA zone in sixth place. After the success against Juventus in Turin, the rosanero suffered a stop in the Sicilian derby against Catania and lost at home against Fiorentina.

The following months saw Palermo in a see-saw pattern of results: away Miccoli and friends did not manage to repeat their performances in their own stadium. 2008 came to a close with the team in mid-table. The start of the new year showed a turning point and out of 7 matches Palermo managed to obtain 4 victories, a draw and two defeats, climbing back to the 8th position four points from the UEFA zone.

Whilst Juventus score mostly in the first half, especially during the last 15 minutes (between the 31st and the 45th), Palermo scored 44% of its goals in the first 45 minutes with the best moment for the rosanero attack being the first 15 minutes of the second half. The modes of scoring are also different for the two teams: the rosanero do not score much from set pieces (direct or indirect free-kicks and corners) and most of the goals come from passes in the central area.

The Miccoli-Cavani duo has scored 16 goals up to now, with the goals shared exactly between them. This is already better then last year when the ex-bianconero scored 8 goals in all and the Uruguay player in his first season in Italy scored 5 goals. There are also two midfielders with a tendency to shoot who have improved their number of nettings when compared to last season: Fabio Simplicio scored 6 (5 in 2007/08) and Bresciano 4 (1 in 2007/08). 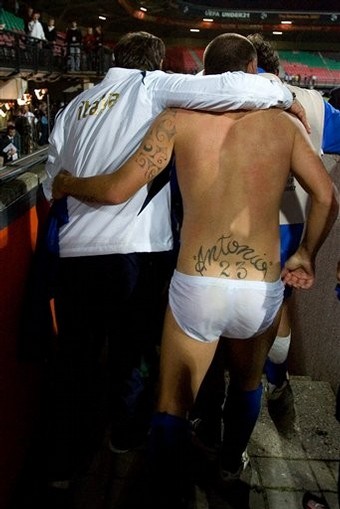 You can keep him.

Palermo-Juventus is a match which is generating quite a bit of interest due to the return of Amauri to the city that made him great. In the memory of both teams the two goals scored against Buffon last season are still very vivid. The first goal was scored with a curling right shot and the second with a powerful header. Other former players, who are now Palermo players are Fabrizio Miccoli (who scored in the first round), Federico Balzaretti, Antonio Nocerino and Mattia Cassani who was brought up in the Juventus nursery and who collected only one appearance for Juventus, a few minutes of stoppage time as a substitute for Salas in the 2002/03 Champions League match against Dinamo Kiev which ended in a 2-1 victory. His incredible shot was decisive in last season’s match which ended 3-2. A former player’s “vendetta” which had never happened before in all the matches between Palermo and Juventus since 1993.

I've always thought the most important part of a season is February-March. This is the crucial point where the team needs to string together results and build momentum towards the end of the season. Our indifferent start to the season can perhaps be forgiven if we can go on a run of positive results here; Fergie's ManUre is well known for starting the season poorly yet finishing strong. Ranieri thinks the same: " « We are in the crucial moment of the season – said the coach – we have 18 sure matches in 100 days and it’s up to us to increase them. Getting to this point and seeing the clinic being emptied gives me hope for the rest of the season, The team is well. We must now achieve that further boost which can only be obtained through victory». 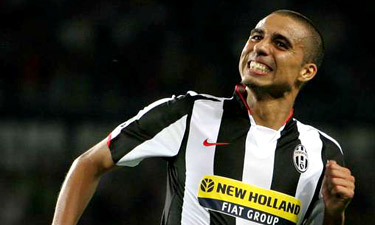 TACTICS+LINEUPS:
Juventus: If this was Football Manager, Claudio Ranieri's profile would say something along the lines of "So in love with the 4-4-2 he'd field Trezegol as a defender to fill it properly." Trez did say he'd play defense to get some playing time, but that would be plain disastrous.

The main questions are who Ranieri will rest. Marchisio and Chiellini are coming off of injury, and a full 90 in Sicily is probably not a good idea. If Nedved's starting against Chelsea, we better see Giovinco playing at left-wing at least for some point of the game. And of course, upfront, who? Ranieri suggested he's starting Trez, one would assume ADP would slot in aside him but I'd rather see Iaquinta. We all know Alex will be starting against Chelsea, and Iaquinta has been in relatively good form recently.

Just kidding. I do like Claudio, even if I find his lack of tinkering/rotation a bit annoying sometimes. 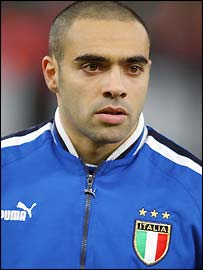 That's a dangerous frontline, guys. I've been advocated Miccoli's callup to the Nazionale for a bit, but Lippi obviously has never particularly favored him. Cavani is starting to come good, and Simplicio on a good day is playing brilliantly. Our backline will have their hands full for this one. In Sicily, (despite about 50% of the crowd supporting Juve) Palermo will be attacking, looking for the win.

In midfield, you've got a bunch of slow, dimwitted, bald ball-winners, or in Liverani's case, sort-of-Italian, and sort-of-a-playmaker, yet still slow. Look for ex-Juventini Balzaretti and Cassani to be bombing down the flanks to compensate.

Oh, and that backline isn't half bad either. I think Milan's been trying to poach the entire thing.

Palermo can play brilliant; they have the personnel, they have the coach, and they have the motivation. But when they don't, like last week with Reggina, they play like an average midtable team. During a night-game, in Sicily, against the big, bad, Juve, there will be no motivation lacking. Our boys are gonna have to play a solid game to come away with any points, let alone 3. I was a bit encouraged by our display against Sampdoria last week, sure, we drew, but we looked a lot better and a lot more threatening than we have in the last few weeks. A loss just before traveling to London could be quite demoralizing.