Your Recollections from the Derby d'Italia

Share All sharing options for: Your Recollections from the Derby d'Italia

In line with derby week, I asked if anyone had any memories of a derby that had stuck with you, whether it was your first or just something notable about it. Apologies for not having asked earlier, but as always, you can post your memories below in the comment section. 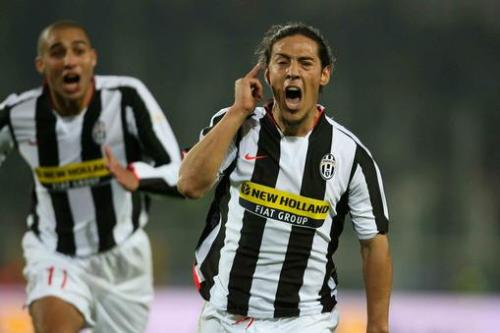 I saw my first Derby d Italia in 1993, the year it was first broadcasted (to my knowledge) in India. I was all of 10 at that time - and Italy was my favorite team since 1990, when a certain Roberto Baggio danced his way against Czechoslovakia. I became a juventino during this match, when I saw that the same Baggio was playing for Juventus. Of the actual match I have very hazy memories – I remember Baggio scoring and a very dubious (so I thought at that time) penalty for Inter at the death. Probably the match was tied at 1-1 or 2-2. This was the match that made me a Juventus supporter for life, all because of one man – Baggio playing in it. At that time I didn’t know anything about the club’s history and status – anyways Baggio moved on but the Bianconeri and I lived happily ever and after

I have been following Juve since 2000-2001, i remember that year we beat Inter at home 3-1, was an incredible game, but we lost the Scudetto that year to Roma....my most memorable Juve-Inter game are down to be between two games:

1) Juve-Inter 2002-2003. we finished the game to beat them 3-0, and i believe it was on that day that we won the Scudetto that year (Inter finished runners up).
although i had just been a fan of Juventus for 2 years and a half, it was enough for me to understand the hatred and rivalry between these two teams, and i understood that this game was more than just a Scudetto decider, there was alot to this game....just as it is now, a week before the match you could already feel the tension and the hype. After we scored the first goal (where i obviously went crazy)....you can only still be scared of the equalizer, but i completely lost it after Nedved scored the 2nd...and what a 2nd goal it was, one of his trademark kicks from outside the box.....When Camoranesi scored the 3rd (i just watched the reply of that match now, he still had short hair then) i remember to have rested my back on the chair with my hands raised in the air....gives me goose bumps to just think about that game...

2) this should probably be also a famous Derby for us Juventino's....Our 2-1 victory against the Intermerda after our return from hell, even though i knew that we lifting the scudetto that year was nothing but a dream, but it was enough for me to be able to step on their hearts infront of their own people....this was the proper way in telling Italy and the world that the Old Lady was back and can never be destroyed, love-sex-chocolate can go to hell, the feeling that i had after that match is irreplaceable..

I don't comment as much as I used to, but I still read all of your postings, Ale!! For me, and this'll date me compared to you youngins (I remember watching Platini and Scirea) my most memorable derby d'Italia was 1997-1998. For many Interistas, this served as proof of Calciopoli even though I think it just serves as proof that refereeing can be shit. Anyways, I remember that derby, that was in Del Piero's best year when he was pacey, deadly in front of goal, and young, he was far better than Lionel Messi could dream of being back then, just a few months before his knee injury. He scored a genius goal in that derby, he was far on the left flank, dribbled cleverly, and then just slipped the goal in at a very tight angle. It looks so easy, but I'm sure it is not!!

My most memorable Derby d'Italia would have to be the one in February
2006. It stands out in my mind mostly because I was in Italy at the
time. I had gone on a trip with the Italian club at my school. It was
only the second time I had ever been to Italy and the first time I'd
gone without my family and with a bunch of my friends. Our first night
there was in Florence, and it happened to be the same night as the big
game. Florence is a pretty anti-Juve city, but I insisted to my
friends that we go out and watch the game at a bar to get the real
atmosphere. So we went out asking around where we can watch "the game"
as no further explanation was necessary. We found this nice little bar
that was packed with people. I can't remember the name unfortunately,
but it had a big screen where we could watch the game. It was pretty
intense in there. Lots of Juve haters, but a fair amount of fans as
well. Juve scored first. Then Inter equalized. Fans were arguing and
the place was in general chaos. Then I specifically remember Nedved
getting fouled just outside the area and Del Piero stepping up to take
the free kick. I'll never forget the feeling I had when he scored that
goal. The Juve fans in the place went nuts and we stayed out all night
and partied despite needing to be up at 6 the next morning lol. Good
times

Leave your own personal memories in the comments below!