I couldn't even think of a semi-clever title, having already spent them against Cagliari, Bayern Munich, the list goes on and on. Ratings and match review after the jump. 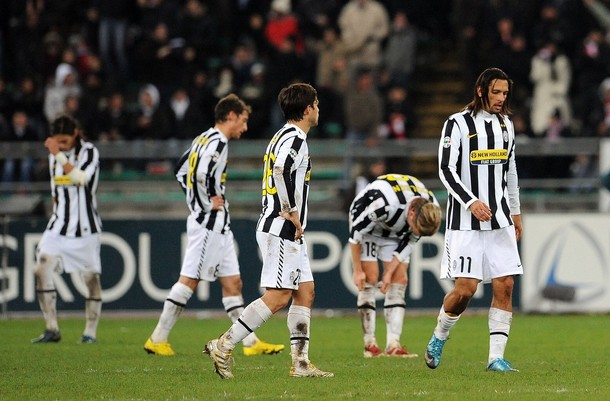 LE PAGELLE:
Buffon: 6- Not anywhere as busy as Gillet, but couldn't really do anything about the goals. He's gone for the next 6 weeks, so pretty much, we're screwed. 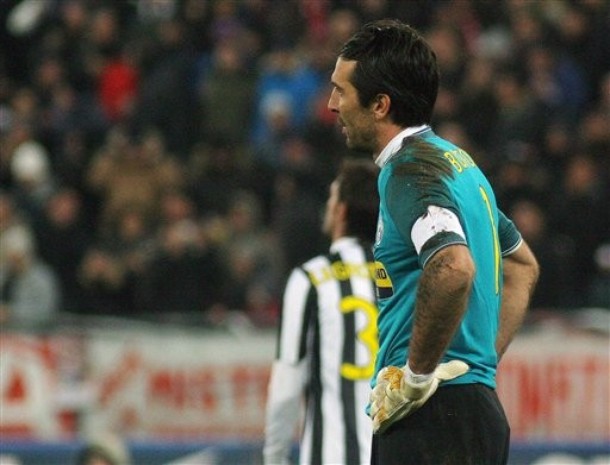 Caceres: 6- Decent from the my new favorite player, who defended like a Juventus player, and put a few good offensive passes in. But will he want to permanently sign with us?
Legrottaglie: 5- I said before the game Bari's players are pacey. Alvarez, Baretto, etc. Legro, and especially Cannavaro, were too slow for this game. Heavy.
Cannavaro: 4.5- When he kicked a ball into Molinaro, it summed up his evening. Stupid challenge for a penalty, and was generally having difficulty with Bari's attacks. Every week he looks more and more like the Real Madrid Cannavaro I wanted to desperately avoid, not the guy who looked great the first few weeks here. Incompetent.
Molinaro: 5.5- As usual, zero effect offensively on the game, but defensively he was not the disaster he's been this season. He's 26, Why insist on playing him over De Ceglie?? Adequate. 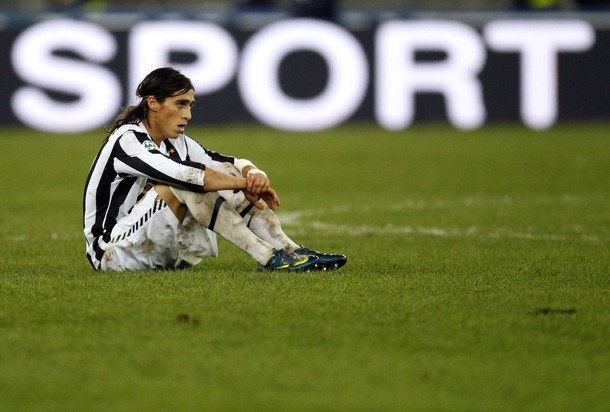 Poulsen: 6.5- Our best midfielder today, who continues to put some under-the-radar performances. Nothing spectacular, but he does his job. Solid.
Marchisio: 5- He doesn't look fully over his injury, and he looks like he's tiring quickly in the 2nd half. Awful error to pull a Felipe Melo and lose the ball on the edge of the box. Disappointing.
Tiago: 5.5- Summed up his last year or so, decent performance, but there's still something missing. Should have buried his opportunity. Mediocre. 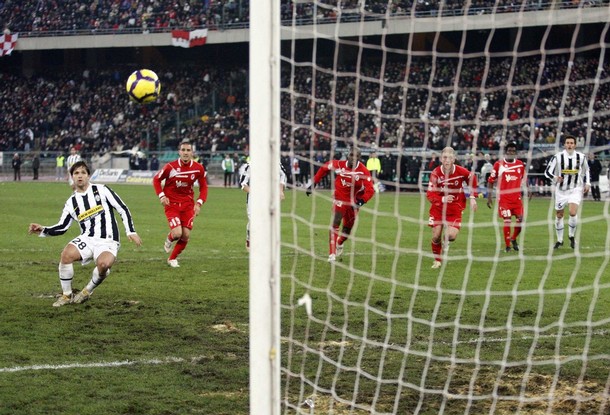 Diego: 5.5- Looked very determined, and his strength led to Trezeguet's goal. Slowed in the second half, and took a terrible terrible penalty...although there was a laser in his eye, and the pitch in front of the goal was dreadful. Underwhelming.

Amauri: 4- I am so sick of watching him play right now. Send him to the Primavera, and bring Immobile into the first team. Whatever his problem is, playing him every game is not changing it. Flop-of-the-match.
Trezeguet: 7- Unlike his strike partner, Trez gets Alessio's MOTM award. Typical Trez style-goal, and he (oddly) provided two golden opportunities for Amauri and Tiago, before being unluckily denied a second goal by a super-Gillet save. At the moment, he's the only player who looks like he's going to score, vintage Trez is back. Superb. 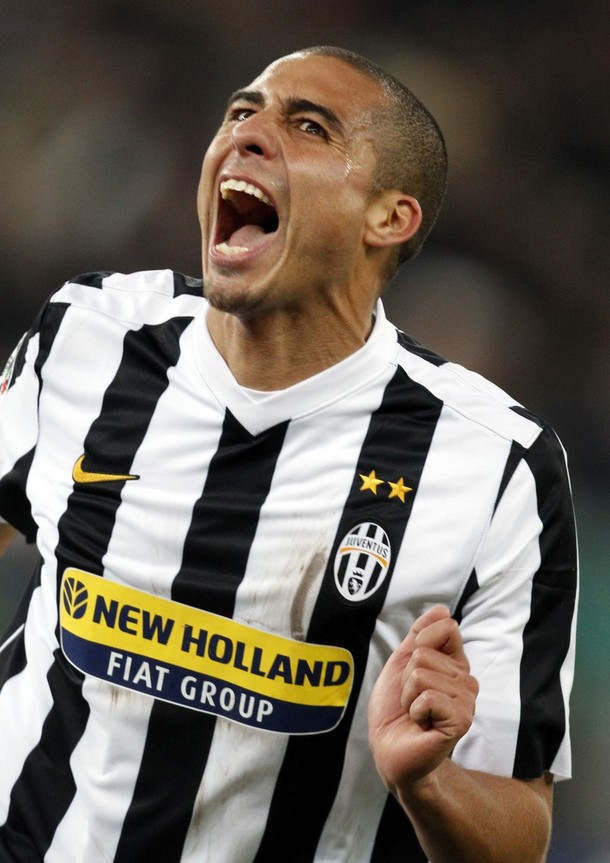 Grosso: 6- Decent performance coming on for Molinaro, but nothing fantastic which has kind of summed up his Juve career thus far. Did he dive for the PK? Hard to tell...there's definitely contact but maybe he coulda gotten out of the way,
Camoranesi: s.v.- Likely 3 months out.
Giovinco: s.v.- Why not put him in earlier???

Ferrara: 4.5- Can't control for certain players going in and out of form, but the defense is not organized, nor has it been for the last two months. Midfield has not been sorted out, either. 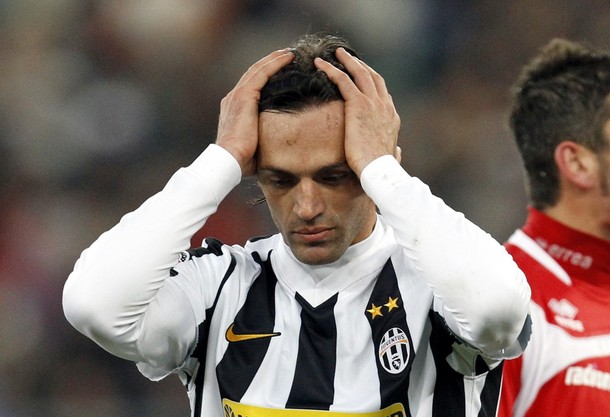 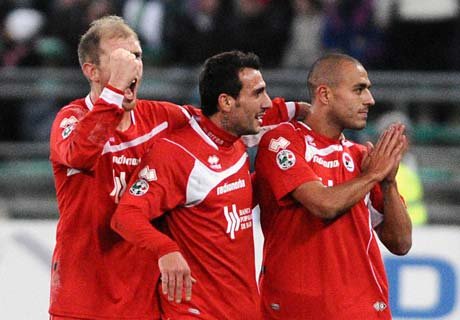 No need to apologize...

Other thoughts:
-I really, really, hate playing teams from the fucking Mezzogiorno. (Southern Italy) We beat mediocre teams like Atalanta, and then Sampdoria, and we ground out wins against Siena, Udinese and Chievo. Our record against teams from the South? 0-4, accounting for EVERY league defeat. We lost to Napoli, Palermo, Cagliari, and now Bari. Next week is Catania, and I'm no longer looking forward to it. We can thank the Calcio gods that Reggina and Lecce were relegated last season. 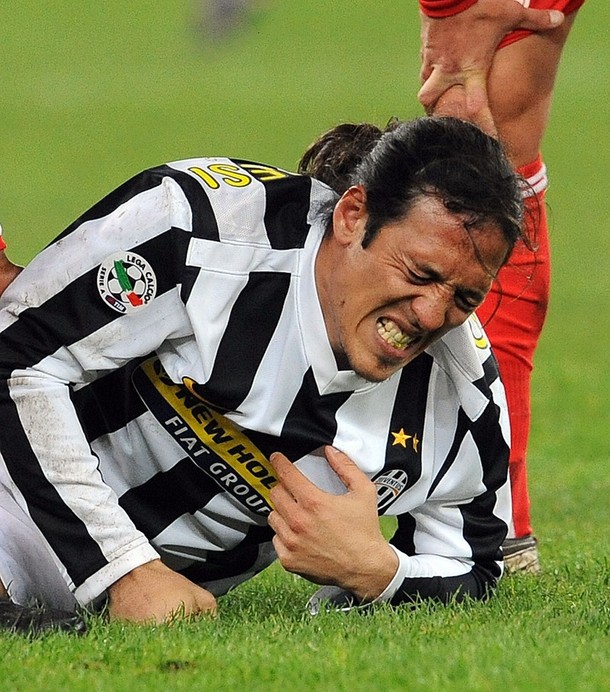 -Camoranesi is likely out for 3 months again. The 4-2-3-1, which some here absolutely love, is not gonna work because we have too little depth at the winger position. If Camo goes out, who goes in? Tiago, Marchisio? Neither worked very well there. If Giovinco or Diego is out, the whole thing falls to pieces. Buffon out for 6-7 weeks or so too.

-Felipe Melo won the Bidone d'Oro, the Golden Trashbin for the flop of the season. After a great start, he's certainly looking more and more like it, especially with his massively inflated transfer fee. I think the votes were swayed by the last two weeks though, Huntelaar got a little boost with 10 minutes against the worst team in the league, Melo has looked like absolute garbage. 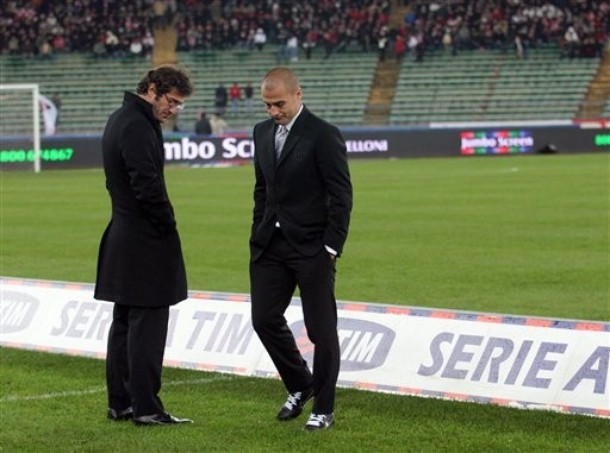 -The mercato priority, as it has been for the last 3 years, is DEFENSE and a REGISTA, the former being more important. Grosso and Cannavaro were decent signings (from a performance perspective) for cheap, and their problems are symptomatic of a greater issue with our defense not being organized well, but even so, we need to look to the future. Criscito and De Ceglie are doable at left-back, easy. Ranocchia or Bonucci have demonstrated their young genius. At right-back, we're set with Caceres, we just have to fork out the money.
-Roberto Bettega is being linked with a return as a director of the club. This can only be a good thing, as he was an important part of the old Triade, and dumping him in 2007 was a mistake. The new management thought they could run the club themselves, but I think if Bettega returns it's a nice sign of humility. They know they got it wrong with Ranieri, and they know they did wrong to get rid of Bettega. The good news is this was reported in La Stampa, a real newspaper with 1,000x more credibility than say Tuttosport.

-It's time for Manny to be Manny. 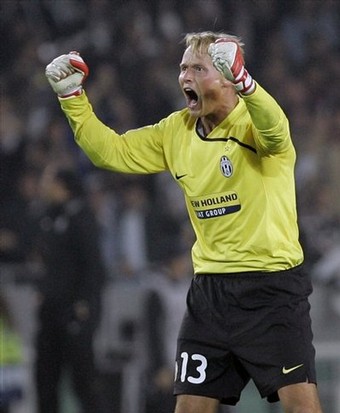