Share All sharing options for: Juventus travel to the Stadio San Nicola to battle Plucky Roosters

It's finals week, so I apologize for Roberto and I half-assing it around here. That's how it goes, you know. For example, I have a 25-30page history paper due tomorrow afternoon, so that's been occupying my time lately...though once I finish with it, I am done with school.

Tomorrow Juve travels to Bari, to take on a team that has surprised many in their return to Serie A. This is a time of conflicted emotions for me, as I am a bit of a simpazzante of Bari...having long followed their mediocrity in Serie B. This is the first time the only two Italian clubs I care about battle since we were in Serie B, and before that you have to go to 2000, as Bari was relegated the season of Antonio Cassano's explosion. Many will remember my thoughts on Bari when talking about Antonio Conte's career, who brought them up from Serie A last season.

Bari is a great team this season, with a very sturdy defense, fast wingers, solid midfielders, and a criminally underrated goalkeeper in the yet, captain Jean-Francois Gillet. The word "legend" is thrown far too much around in calcio, but Gillet is a legend to Bari tifosi. He signed with the club in 2000, the season they were relegated to Serie B. Then, he was just a young keeper and followed the club down, and steadily proved himself as a great keeper. A falling out with management meant a loan to Treviso for a season, but they patched things up and Gillet has been Bari's undisputed no. 1 for nearly all of this decade. Despite not being Barese, or even Italian, Gillet is #3 in all-time caps list for Bari, and he's only 30. The "Cat from Liege" is a true calcio legend, indeed.

Bari's team is tactically organized, with Ventura following the same winger-based 4-4-2 that Conte ran. The team lost Guberti to a free transfer, and Rivas to long-term injury, but the wingers still are very talented, in pacey ex-Romanista Alvarez and sturdy Allegretti. In center-midfield, ex-Juventino Almiron is reviving his career with some good performances, and ex-Celtic Massimo Donati is playing excellent also. In defense, Genoa-owned Ranocchia and Bonucci have been beasts at CB, despite their very young age, though Ranocchia is fortunately suspended for this match. 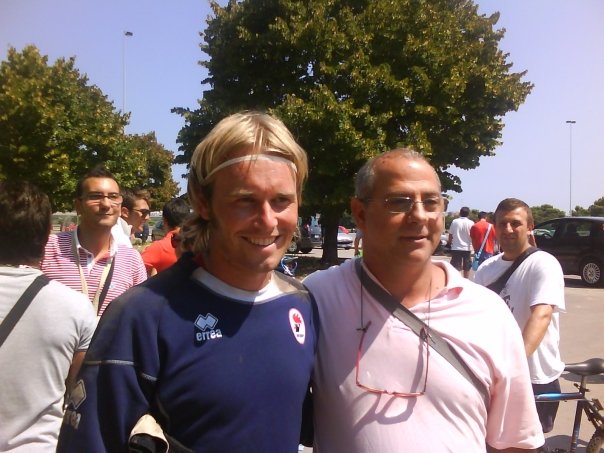 Their strikeforce is where they are weakest, which will give our goal-leaking Chiellini-less defense a bit of time to breathe. It was just as so last fall in Serie B before things heated up for the Pugliesi. Barreto, owned by Udinese and the team's top scorer last season, took a while to adjust to Serie A though steadily is doing so. Kutuzov has been a general disappointment, making Amauri look like Pippo Inzaghi when it comes to finishing. Meggiorni has not exactly stated his case for playing time either. Last weekend Bari fell controversially to Napoli, conceding 3 goals for a defense that has led the league in stinginess. Not until the loss against Roma did the team concede a goal in the first half.

On Juve's side, we are missing Chiellini, Sissoko, and Iaquinta to injury, and Felipe Melo to suspension, though otherwise we have a full squad, though Legro, Camo, Poulsen, Amauri, and Grygera are attempting to shake off knocks. We need to show our disappointment, and we need to play well. Bari is organized well, they drew Milan and Inter at the San Siro, and in both games, easily could have won.

Unfortunately I have a final and my paper due tomorrow, so I will not be able to watch live, though I think we will see a reaction from the boys. FORZA JUVE!!