The Origin of Christmas in November

Share All sharing options for: The Origin of Christmas in November

It's that time of year, again. 35 years ago, 3 wise men saw a bright star in the sky. Instead of camels, they took an Alitalia flight to Milan, vowing never to fly that worthless airline again. They hopped in a FIAT 500, searching for the source of the light, much as an excited drunk Irishman chases for the end of the rainbow, only to find it is in fact a toilet already occupied with another drunk vomiting Irishman. The wise men were not to be as disappointed, however.

Finding the star was not in Milan, they followed the A4 towards Venice. Was the light above Bergamo? No. Brescia? No. And neither was it in Verona, Vicenza, or Padova. It must be in Venice, they agreed, which is the end of the A4 highway. But it was not so. Confused, they headed north. Maybe it wasn't in Italy? After all, as my Dad says, Jesus was born in Israel because God couldn't find a virgin in all of Italy. 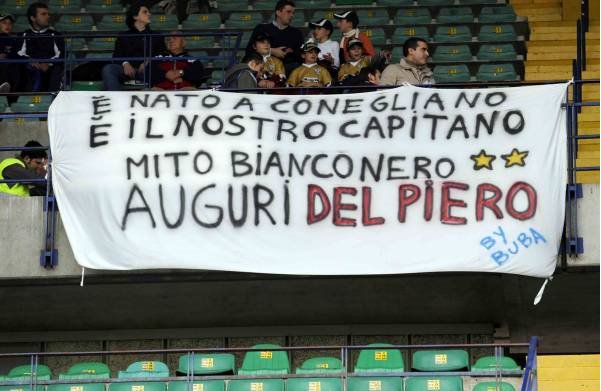 About 70 miles from the Austrian border, they left the highway into a small rural town in Veneto, Conegliano, not far from Treviso. And there he was. Rumor has it one of the wise men forgot a gift for the young child; the first two presented a pair of Adidas Copa Mundial boots, and the other a simple football. The third, only had a strange pair of sideburns that resembled a trimmed Elvis.

It was that day, November 9th, 1974 that our beloved Alessandro Del Piero was born. Today, we celebrate his 35th birthday and eagerly await his return. He is our all-time caps leader, he is our all time capocannoniere, and he is the soul of our club. Happy birthday, capitano.

Why do we love Del Piero so much? Is it his skill, his leadership, his class? It certainly is a combination of all of those things. But it is also his story- a young boy growing up in a small town in northern Italy, who dreamed of wearing the jersey of his beloved club. His father was an electrician, his mother stayed at home to watch him and his 9-year elder brother, Stefano, who is Del Piero's longterm agent. (and briefly a professional player for Sampdoria) Del Piero said as a child, he played football and all of him and his friends dreamed of becoming footballers, and I'm sure as a child he would have loved to have played in Serie B, much less in Serie A as captain of his favorite club. His friends did not become professional footballers, and he did not expect to either. He once said he wanted to be a truck driver because his family did not have money and he wanted to travel. 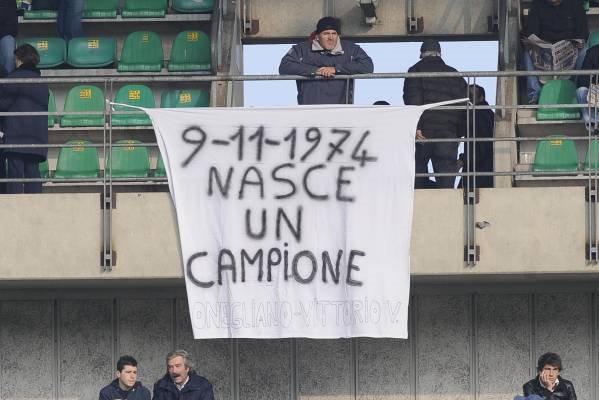 Spotted by scouts from Padova, it was a meteoric rise for our beloved bandiera who won the Champion's League in his first try, scoring 6 goals in 11 games at age 21. And he hasn't stopped, becoming the top-scorer of Juve. It wasn't easy, though. Del Piero has never been assured of his spot at Juventus, just months after being named captain by his teammates, a catastrophic injury derailed his career, indeed, it could have ended it. But Del Piero returned. Competition has always been there in the forms of Zidane, Inzaghi, Trezeguet, Ibrahimovic, Miccoli, Mutu, etc, yet he has always proven his worth. Written off by the media time and time again, he won two Capocannoniere titles after turning 30, and at age 35 continues to be a reference point with our squad.

Also on YouTube, there is a pretty good YouTube video (unembeddable) divided in 9 parts, in English, about Del Piero's Career. Here are all the 9 different segments on YouTube. Do you have any other Del Piero videos you love? Post them below in the comments section!

Lastly...Del Piero's personal website is temporarily down, with a cryptic message- "For you, we have created a truly special surprise. Return Monday to discover it."