Atalanta - Juventus: "I'll trade you my Ciro for your Conte, maybe..."

Share All sharing options for: Atalanta - Juventus: "I'll trade you my Ciro for your Conte, maybe..." 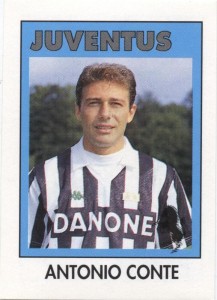 Antonio Conte was so close to taking the Juventus job over the summer and now he comes face to face with his old teammate Ciro Ferrara.

When Conte took Bari to promotion from Serie B, he announced he would only be willing to leave if it meant sitting on the Bianconeri bench. Many reports suggested it was a done deal, but the club opted to keep Ferrara after his caretaker spell and Conte ended up quitting anyway in a row over transfer policy.

Atalanta had gone unbeaten with the new Coach in charge, but have hit a brick wall of two consecutive defeats against Livorno and Cagliari. “I had the feeling our problems were not over. We struggled with three matches in eight days.” That shouldn’t be an issue this time around, as it is Juventus who have had the packed schedule.

The Turin giants have been looking tired towards the end of their games and never was that clearer than in the last Serie A round. Leading 2-0 against Napoli, they collapsed by conceding three goals in 23 minutes for their first home defeat of the campaign.

That result left them a massive seven points adrift of leaders Inter and hit hard in terms of confidence. The midweek Champions League win at Maccabi Haifa at least means a slight boost ahead of this trip to Bergamo.

Sebastian Giovinco pulled out of the Maccabi match with a muscular twinge and Fabio Cannavaro was rested, while David Trezeguet is the only real option to start upfront. “The time for mistakes is over, we have no room for any more stumbles,” warned President Jean-Claude Blanc.

Atalanta are forced to do without Robert Acquafresca, Ferreira Pinto, Tomas Manfredini, Diego De Ascentis, Gyorgy Garics and Edgar Barreto – the latter out for three months after fracturing the metatarsal in his left foot. Cristiano Doni should start despite his row with Conte over a substitution, joined by Simone ‘il Tir’ Tiribocchi.

The last time these two teams met in Bergamo back in April 2008 it ended in a 4-0 drubbing with Del Piero bagging a hat-trick. Juventus are undefeated here in Serie A since March 2001.

Keep an eye on: David Trezeguet (Juventus) – His header had given Juve such high hopes against Napoli and took him to within a goal of Omar Sivori’s record 167 as top foreign marksman in the club’s history. Trez can seem to disappear from games, but lose him for that split second and he’s bound to score. football-italia.net