Bidone d'Oro Nominations out: Does Rai Radio Due watch Serie A?

Share All sharing options for: Bidone d'Oro Nominations out: Does Rai Radio Due watch Serie A?

Every season this time of year, the hosts of Rai Radio 2 give out the Bidone d'Oro, or the "Golden Trashbin" to the worst flops of the past year. Nominations have come out, and either they hate Juventus, they hate our midfield, or they have it out for Tiago and Poulsen, both who were nominated in years past. List and commentary after the jump.

So Tiago makes his 3rd consecutive appearance, Poulsen his 2nd....and Melo? That's where I just lost it.

Tiago and Poulsen probably shouldn't be on there, as they aren't world-beaters, but both have performed adequately this season. You could make your case for them to be on there, but even within our own squad you could pick a better duo- Zebina and Molinaro, anyone? A constantly injured old Frenchmen who has one good game in 10 and an Italian fullback who cannot cross, period? Definitely they take the cake for me. And Melo? I don't even know where to start with how wrong that is. After Marchisio, he has been our best midfielder this campaign, no doubt, and I say that ahead of the likes of Diego and Camo. 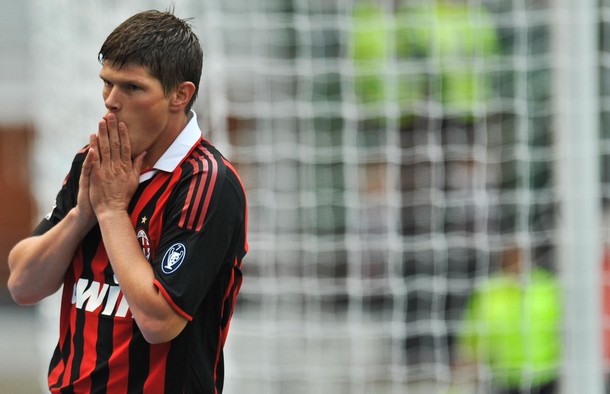 Some of the other nominations are pretty dumb, too. Dida has saved Milan more than he has cost them this season, and Ronaldinho has actually seemed to give a damn again. For me, Klaas-Jan Huntelaar wins it. €15 million, and no goals in 9-10 games or so, and for the most part, he hasn't looked like coming close to scoring. I'm not writing him off, he just clearly has a lot of adjusting to do from the free-scoring Liga and Eredivisie. Ricardo Quaresma is a close second, following in a long line of overpriced Inter failures. To think how much they paid for him, and Pele. Ha, what a flop. Huntelaar might come good, Quaresma definitely will not.

For me, here's some other nominees: Kutuzov, Acquafresca, Rubinho, Bertolo, Emiliano Moretti, and Cristiano Lucarelli. Who would you nominate for the prestigious award?