A Preview of Juve's Future (ManYoo, Chelsea, and especially Arsenal banned from reading)

Share All sharing options for: A Preview of Juve's Future (ManYoo, Chelsea, and especially Arsenal banned from reading)

So in the doldrums otherwise known as the international break, it allows for some posts unrelated to current topics. In the past, I've done some posts on Juventus Legends, something I'd really like to restart sometime in the new future, there are plenty to be profiled. But today, instead of looking at the past, we look to the future. Another words, who are the stars in the Juve Primavera? (Arsene, I know you're still reading. Seriously, stop.) And what chance do they have of graduating to the senior team and becoming an integral part? 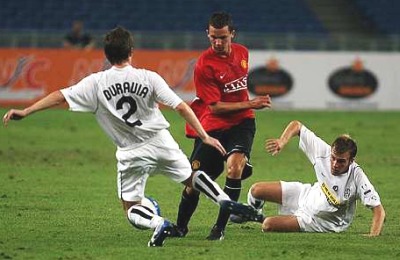 PORTIERI- Every 3-4 years we seem to produce a good keeper, Antonio Mirante currently at Parma being the most recent one. We have one young promising keeper, but given the need for only one #1, obviously we won't producing large numbers every year.

Carlo Pinsoglio: Many of you have seen his name on the squad sheet in recent games, and wondered, who is this guy? He is the Primavera #1, at age 19, he is in his 10th season at the club. First of all, he is tall: 6'4", or 1.92meters for you crazy metric folk. And like Buffon, he is generally noticed for his fine reactions, for a guy of his size. He's been a part of the Italy U-21 setup for a bit, but he hasn't started. This season, he is training with Buffon often, and frequently is called up with the senior team. In his place in the Primavera sometimes is young Antonio Piccolo, who 2 seasons ago joined our Primavera from the Torino primavera. You may recognize his name, from his older brother, Felice Piccolo.
Chance of future with Juventus? Slim- Obviously, there is Gigi standing in his way, and while Gigi is not exactly Primavera-age himself, he's easily got 4-5 years in him. As for that reason, I see Pinsoglio playing backup and then being sold, sort of like Mirante. One of the better keepers produced by our Primavera recently though. 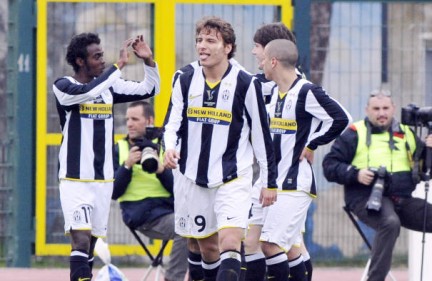 DIFENSORI- Defense takes quite a bit of maturity, so players usually arrive late to the Primavera. We've churned out pretty good results recently- De Ceglie and Ariaudo of note. Below are the two who may join them someday soon in the Juventus first team.
Abdoulaye Bamba: From the Ivory Coast, the 19-year old is in his 9th season with the Juventus youth setup, and 3rd as a Primavera. He plays as a fullback, and his noted attributes are primarily his pace along the wing. For this season, sometimes he plays as winger in midfield.
Chance of future with Juventus? Moderate- An explosive fullback? Not bad, but I'm sure like all young wingbacks, his defending has a bit to be desired. I wouldn't mind giving him a shot in the Coppa games, given our fullback situation, but if he ends up starring at Juve, he will likely go the De Ceglie route and go out on loan or co-ownership first.

Andrea De Paola: Joined us from Totti's old club, Cisco Roma in January 2008 and formed a solid partnership with Lorenzo Ariaudo in the Viarreggio tournament and last years Primavera success. He just turned 19 a month ago. He seems like an old school center-back- strong, powerful in the air, but not necessarily speedy. Like Chiellini, he is a good goal threat on set pieces up front.
Chance of future with Juventus? Moderate- Like Bamba, he has the fortune of a weak position to come in, Cannavaro and Legrottaglie won't last forever. This season he will finish with the Primavera, next season he may go out on loan. I think he's very promising. 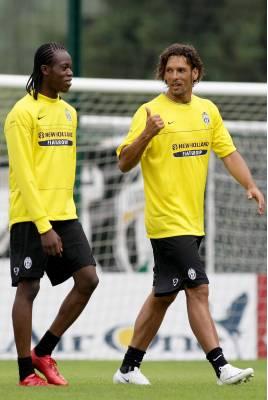 CENTROCAMPISTI- Without a doubt, this is the strong point of the Primavera the last few years. Talents like Marchisio and Giovinco have made it to the first team, and there have been other that have moved on to new pastures. The Primavera is bursting with talent.

Luca Marrone: You all probably know him, as he has already played a few minutes this season for the Primavera team. Marrone, 19 years old, was born-and-bred in Turin, and has been part of the Juventus youth academy all his life. A physical central midfielder with plenty of energy, he can sort of be compared to Nocerino or Marchisio. Definitely someone to watch for the future.
Chance of future with Juventus? Strong- Ferrara has already given him two games, he's 19, and it's early in the season. I liked his energy and presence in midfield, and his history in Turin and Juventus is definitely a plus. He's got a lot to learn, but when he's in midfield he doesn't go absent like Poulsen or Tiago sometime do.

Fausto Rossi: Pacey, technically gifted, with a good eye for a pass, Rossi came to everyone's attention in Summer 2008 in the Trofeo Berlusconi with great performances against Inter and Milan, at age 17. He's 18 now, so he's got plenty of time left in the Primavera if Juventus chooses so. Like Marrone, he is from Turin and has been in the Juventus Primavera his whole career.
Chance of future with Juventus? Strong- People have been buzzing about him since his performance last summer, and unfortunately this preseason he was injured. One of the crown jewels of the Primavera right now, and I'd love to see Ferrara give him a chance, along with Esposito. They'd fit perfectly in a 4-2-3-1 on the outside. 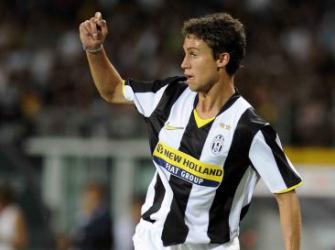 Simone Esposito: Like Marrone and Rossi, he is from Turin and has spent his entire youth career (save the 1st year) at Juventus. He is more of a natural winger than Rossi, less pacey, but technically gifted. He is noted for both his crossing ability as well as his goalscoring ability. This is his third season in the Primavera. Like Rossi, I hope he gets some Coppa time.
Chance of future with Juventus? Moderate-

Giuseppe Giovinco: Very similar to his older brother, SuperSeba, in that he is technically gifted and eager to take shots on goal. Like Seba, Marrone, Rossi, and Esposito, he is from Turin and has spent his entire career with Juve thus far. He just turned 19, and has a fair amount of potential. The differences with Giovinco are promising, he is more physically built and slightly taller. Perhaps, this means he could stay on the ball a bit better than his older brother. Chelsea was rumored to be attempting to poach him last September, but I believe he chose to sign a contract with the club.
Chance of future with Juventus? Moderate- Competition for attacking midfield or winger spots with Rossi, Esposito, SuperSeba, Diego, Camoranesi, and perhaps Palladino should he return. Probably depends on how well he does when out on loan.

Filippo Boniperti and Paolo Ferrara: It's hard to know anything about them, because they are both very young, but I mentioned them because of their name. Boniperti, of course, is the grandson of the great Giampiero Boniperti. He is a central midfield that is very technically gifted, as Juventus.com says, he is quite "natural" in his ability. Paolo Ferrara, like his dad, plays as a defender and has gotten some time in the Primavera even though he is only 16.
Chance of future with Juventus? Unknown- Far too early to tell. 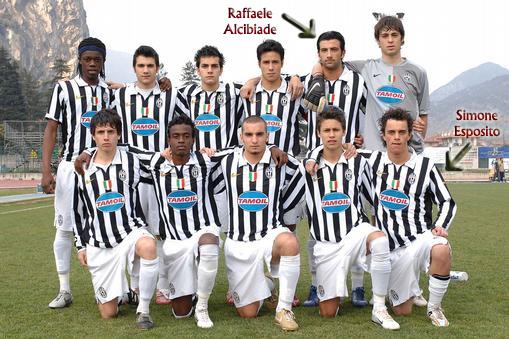 ATTACCANTI- We have a few solid strikers that have come through, and we have a few good ones now. Recently we have produced Pasquato, Daud, Palladino, etc.

Ciro Immobile: Unlike some of the others profiled, he is not from Turin, nor has he been part of the Juventus set up for a while. We signed him from his local club Sorrento, and he's done excellent since arriving. He scored 5 goals in the Torneo di Viarreggio, with 2 in the final. A strong center-forward who is quite capable in the air, similar to Vincenzo Iaquinta if I had to compare him to a current squad player.
Chance of future with Juventus? Strong- He made his debut last season, and is one of the more recent talked about Primavera forwards of recent years.

Alberto Libertazzi: You probably haven't heard his name before, and for good reason. He is the youngest player in the Juventus Primavera team. He is also from Torino, and has spent his entire career in bianconero. Physically strong and good in the air, he is also good at holding play up. He's played in most Italian youth teams in some capacity.
Chance of future with Juventus? Slim Maybe it's harsh to write him off, but I feel with forwards that Immobile is more capable, and it will be very hard for him to break in a first team. I think forwards are more likely to be bought than brought up through the academy.

Hope you enjoyed this.....if you have any questions or comments, as always, post them below!