Where Have All The Keepers Gone?

Share All sharing options for: Where Have All The Keepers Gone?

Robert Enke's death is a tragic one, without a doubt. In no way is the post meant to malign him, but I barely had heard of him, and yet he was likely to be named Germany's #1 for the World Cup coming ahead. Not someone legendary like Kahn or Lehmann. So it provoked a question: Where have all the great keepers gone?

There have been several postings on various English-language blogsites over the last few years lamenting the absence of elite Italian goalkeepers, aside from Buffon. Usually, they would pop up during international breaks (like now) and when Buffon was injured. They were right; Amelia doesn't cut it, Marchetti might, but has a long way to go. Young promising keepers like Viviano and Consigli have even farther to go, and have not really impressed this season, their first in Serie A. 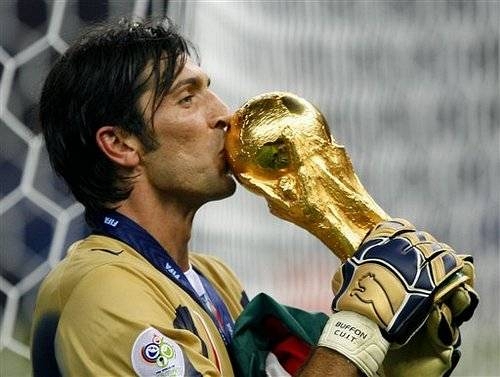 I still think he deserved the Ballon d'Or over Canna...

For those of you more recent followers of Serie A, we used to have class throughout. Look at Euro 2000- even without Buffon, we had Toldo as a brick wall, and Abbiati as a capable young backup. In the last 20 years, we've had times where Buffon, Peruzzi, Toldo, all could easily star for the national team. Before that, there were players like Pagiluca, Tacconi, Marchegiani, Zenga, etc. Can any current player (other than Buffon) reach those levels? For Juventus, you can count the amount of starting keepers on your hand over the last 35 years or so, which is obscene. Zoff, Tacconi, Peruzzi, Van der Sar, and Buffon. That's an extreme case though, in that we have always made great keepers a priority, unlike Milan.

These blogs I've read tended to attribute the cause, not necessarily blame the issue, to the influx of foreign keepers in Serie A. There have been some great ones, and some who didn't entirely work out- ie Jens Lehmann and Edwin Van der Sar. The tragic death of Enke really hit it home for me- no nation is producing the keepers like they used to. This isn't an Italian problem, nor a problem with foreigners, it's something else, and honestly I have no idea what it is. 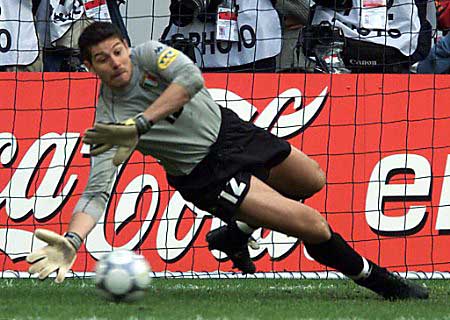 Look at England- Terrible. Germany? Both the national team and Bayern have been unable to replace Kahn. France? Coupet and Barthez were good, not sure if they were elite, but anyone who watched the comedy of errors called Marseille 5-5 Lyon between the two French keepers, Mandanda and Lloris, well, they are not as good as the older ones. Some have mentioned Brazil is finally producing great keepers, but I don't think that holds. Aside from Julio Cesar, I'm not that impressed. Doni is not very good, and you can ask Romanistas that, and Rubinho sucks even more. Gomes? Please. Spain is the only exception to the rule, but they are producing an outstanding group of players (related to the shift to democracy, perhaps?) in general, and there's no doubt Reina and Casillas, despite occasional papere are world class. Not sure about Almunia or Valdes, but they count in the "good" category that other nations only seem to be able to produce. Peter Cech? Average, especially in current form. Shay Given is good, but he's never proven himself at the top level due to his club/nationality. 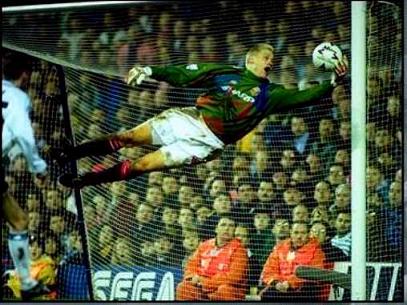 So what's the problem? I have no idea, as I said before. Maybe an unwillingness to give a young keeper a full run out in the team? Buffon and Casillas both played in the European elite at a very young age. Maybe it's a priority of other positions in academies, related to the poaching of young players? It's a good question for debate in an otherwise boring week. What do you think about the dearth of world-class keepers right now?