The Legend of Trezegol Continues...

Share All sharing options for: The Legend of Trezegol Continues...

Yesterday, we celebrated a milestone as our captain, Alessandro Del Piero, turned 35. There was another milestone of course this Saturday, when poacher-extraordinaire David Trezeguet banged in his 167th goal in all competitions to equal Omar Sivori as the 4th top scorer of Juventus, and the top foreign scorer of all time. A record well deserved for Trezegol. 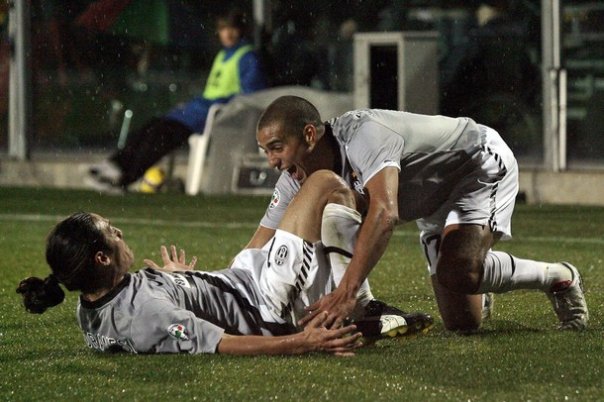 It's an Argentine thing...

When Trezeguet arrived in the peninsula in 2000, he wasn't exactly welcomed with open arms. A very talented young player, though not necessarily a superstar, he had just knocked Italy out of the Euro2000 final with a splendid volley in overtime to give France the golden goal it needed to win the cup. That season he was coached by Ancelotti, who ironically would prefer him later in the season to Inzaghi, which forced him out for a large transfer fee to Milan.

Speaking of Milan, that's where Trezeguet started his account, in an exciting 2-2 comeback, where Conte finish the comeback in the 90th minute. Zidane dribbled up the field, avoiding a slide tackle from a young Rino Gattuso, and crossed the ball. It was poorly headed by a Milan defender right into Trezeguet's path, who headed it into the net. It was a classic Trezeguet goal, along his most recent goal, in which De Ceglie got a touch on it, and Trez just buried it with an offbalance volley. 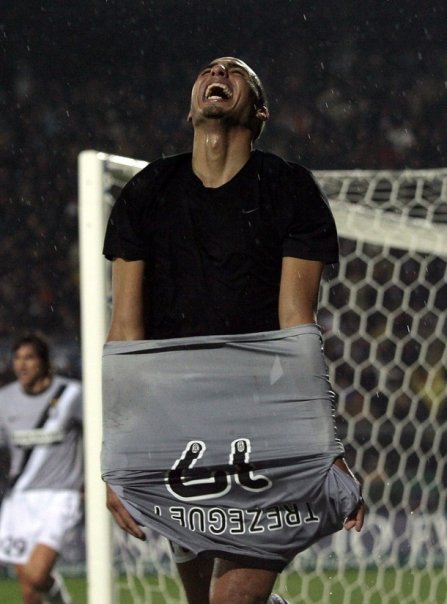 Trezeguet is a classic poacher, and quite possibly the best in the world at his position, but because he does little off-the-ball work doesn't quite get the appreciation from Juventini he deserves. He can go missing for 90 minutes, and then pop up out of nowhere with the winner. For that reason, sometimes it's hard to tell if he's having a bad game or a typical Trez-style game, and I'd hate to be a coach deciding whether to sub him off or not.

Personally, I have always been a huge fan of Trezegol. He's underappreciated by Juve fans and by the media in general, his scoring rate for France and Juventus is stunning, and he has many qualities people ignore, chiefly, his consistency. He does not bang in 5 goals a game and go 2 months without scoring. For a player with as many goals as he does, he does not have that many hat-tricks, a testament to his league consistency. Second, there is the consistency in his years. A lot of players take a while to get their career started, and some wane earlier than others. Last season is the only one in his entire Juve career where he failed to score 10+ goals, an amazing statistic when you think about it. And lastly, his consistency applies to all clubs- he's scored plenty against Inter, Milan, Real Madrid, etc, but also against Empoli, Vicenza, and relegation-battling teams. Don't let his penalty miss in 2006 fool you, he is not a choker by any means. 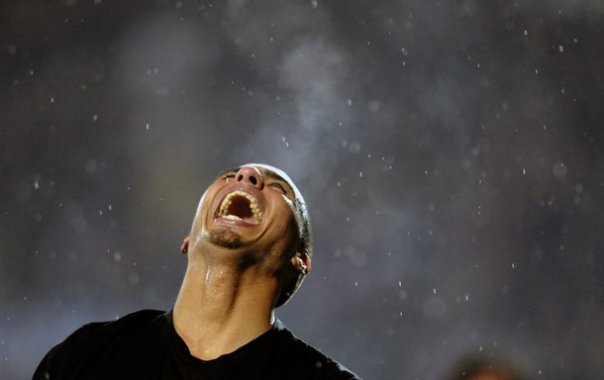 Last season really disappointed me. After double-knee surgery, he started to get back into form before his ill-fated outburst against Ranieri. I'm a huge fan of Trez, but that was a bad idea and a bad time to do it. Because of that, he was benched for the rest of the season and I really thought even with a new coach that Trezeguet would be packing his bags, a reoccurring nightmare it seems. Thankfully, Ferrara seems to convinced him to stay, though the season didn't start out great. Trez was seemingly ignored, and some Juventini said he was past it. I'm going to pull a "I told you so moment" now- I always said he was not past it, poaching is an instinct that requires some continuity in games, and it's not dulled by injury or age. His announcement that he planned to leave Juventus at the end of the season seemed like a cry for help. When other players sit on the bench, the media talks about it, but he had almost been forgotten. 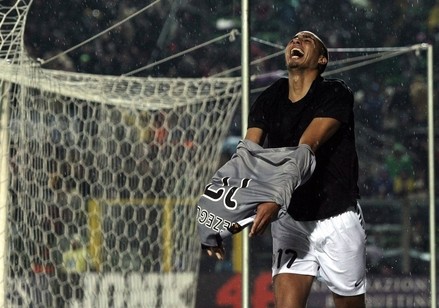 Ferrara went about this the right way- he could have disciplined him, but he chose to give Trezeguet a chance to prove himself again. And he has. With Iaquinta and Amauri in varying form, Trez has quietly reestablished himself as our first striker on the sheet. Both were wasteful with chances, and some claimed with Amauri's goals against Siena and Sampdoria that he was reborn. But Trez was. It may come as a surprise to you, but Trezeguet is currently Juve's league capocannoniere, with 6 goals in 12 games, tied with Eto'o and Totti in 3rd place behind Milito, Pazzini, and Hamisk in 2nd (with 7 goals) and behind Di Natale in 1st, with 9. And that is a great record, considering he was initially sitting on the bench and Amauri has still been preferred over him in some recent games. 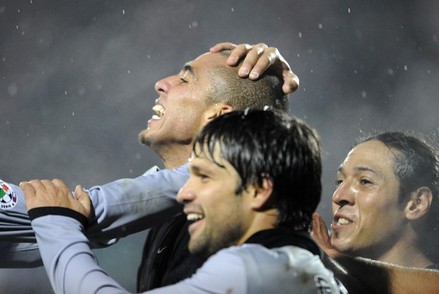 This post is a tribute to the great Trezegol, in his 10th season at the club. He is only 11 goals behind 3rd place in Roberto Bettega and 15 goals from Giampiero Boniperti. Let's start talking about him in the same way of these legends. May you continue to make us dream!

The below video I uploaded shows his first 100 goals in Serie A, and the 15 in Serie B. Unfortunately I don't have a more recent one, so we are missing his Coppa goals, his Champion's League goals, and the ones in Serie A since September 2007. 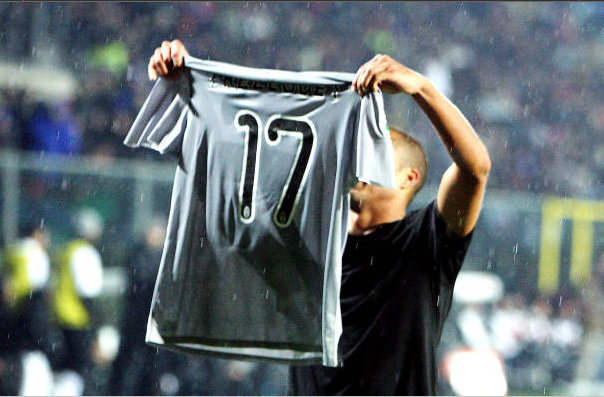