The Departure of Gigli Cobolli

Share All sharing options for: The Departure of Gigli Cobolli

But first, a few brief news stories that aren't on Goal.com...

-Juventus closed their books with a profit of €6.6million over the last year. Inter lost €154.4million in the same period. One of these clubs is not like the other...
-Ranieri says he and Juventus wanted Stankovic at Juve last season, but the Juve fans sank the move. This is his way of confirming the "sway" of Ultras in Italy that Capello spoke about. I'm sorry, we'll be quiet and eat our prawn sandwiches. (I think Juventini and Interistas are both quite happy it collapsed anyways)
-Today, with the certification of the fiscal results was a board meeting, in which Jean-Claude Blanc was formally named the President of the club, the first foreign ever for Juventus. He has resigned his position as General Manager. 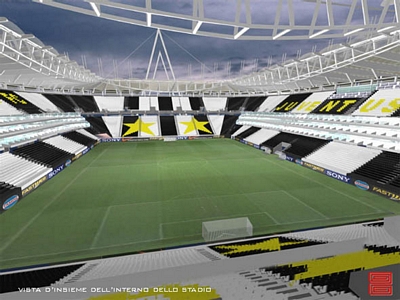 "It was 3 intense years. First, in particular, let me thank the "loyals" (ADP, Buffon, Trez, Camo, Nedved) Then I thank the fans, I remember that summer day in which I met the fans for the first time, I remember meeting the employees, those of the headquarters and those of Vinovo. I remember you the investors, in particular those who contributed to the underwriting of an increase in capital. I remember the consultants of CdA, and especially the independent consults, who gave us the guarantee of running the club in a transparent manner. I remember with emotion and sympathy the Neri and Ferramosco families, and I will remember them always, just like I will always remember their sons. I thank the media, with whom it was always difficult to communicate with, and I share the thought of John Elkann, "We must always look to the future and put in the best effort and determination." I will always remain a fan of Juventus, a fan of Blanc, and I assure you that the team will obtain brilliant results. 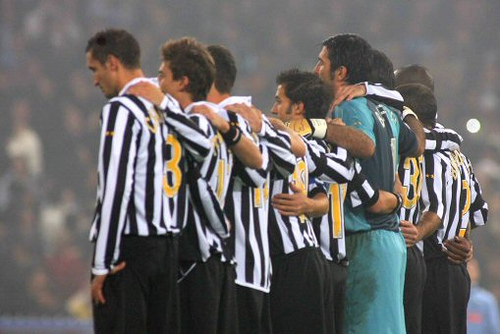 Without a doubt, he was the head of Juventus at its' most tumultuous period of all history. When he inherited the team, it was in crisis, the entire board of directors had resigned, the stock had plummeted and confidence in the team, from the market and the pundits, was that we would take at least 5-10 years to challenge for the Scudetto. With the help of the loyal heroes, this management was able to quickly return us to the highest echelons of calcio, all while planning for the future with an emphasis on our own youth academy, but also the finance we need to be among the world's strongest. The stadium no doubt is the vision of Blanc, but it is the final goal of Gigli's administration- Robust financial independence and finally, perhaps for the first time in 20 years, a home for the soul of Juventus.

There were some bumps along the way, and there are some rightful criticisms of Cobolli Gigli's adminstration, though the gift of financial independence is perhaps the greatest one that can be bestowed on a club. At this time, debts have caught up to many big teams. Milan and Manchester are selling clubs, Liverpool, Chelsea, Roma, and Arsenal make few moves on the market without selling, and Real Madrid of course finances their transactions with astronomical loans. We made a serious outlay in the mercato, spending nearly 40-45million, without financing it with debt or burdening any potential future investment. For me, Cobolli Gigli's administration has brought us back very quickly, and given us the security and stability that will ensure we remain the "Fidanzata d'Italia" in the future. I tip my hat to you, sir. Well done.