A Suffered Victory, but 3 Points

Share All sharing options for: A Suffered Victory, but 3 Points

That was not a particularly enjoyable match to watch. 67% possession for Juve, and 1 shot on net. There were 18 shots total between the two teams, a telling statistic of a very, very sterile afternoon. But hey, three points is three points. Brief review after the jump-

The Good:
Gianluigi Buffon- Superman had nothing to do. Then was called into action following a nice team move from Siena and responded brilliantly. Then had nothing to do. That is the mark of a great goalkeeper, to stay completely attentive even when absolutely nothing, I repeat nothing, was going on. The commentators I was watching repeatedly made jokes about Buffon being able to put his feet up in a lawn chair, and then when there was a passback, they'd say "And now Buffon can go back to his chair." Then Adrian Healy said "They should have charged Buffon admission for this game."
Legrottaglie+Chiellini- The unstoppable wall of 2007-2009 that was broken up by Cannavaro made a brief reunion today, as Ferrara (wisely) decided to give Cannavaro a break. (Seriously, he's 35. If Ranieri was coach, he'd be playing 180min every week, period) Legro hasn't looked that great this season, having played irregularly and with the team saying "fuck you" and dropping him to the bench, but he played well today, and Chiellini was superb as usual. Siena couldn't get passed the two.
Paolo De Ceglie- This is where I disagree most with Goal.com's player ratings. First, it's stupid to compare him to a fullback when he played most of the match as a midfielder. Second, I thought he was one of our better players on the pitch. His distribution wasn't great, but he was one of the few midfielders who looked like he was doing something, hustling up and down and creating chances.
Ekdal- He looked very lively out there, along with Maccarone one of the few Siena players who did, and he's only 20 years old. A full season with Siena will do him very good, I was impressed. 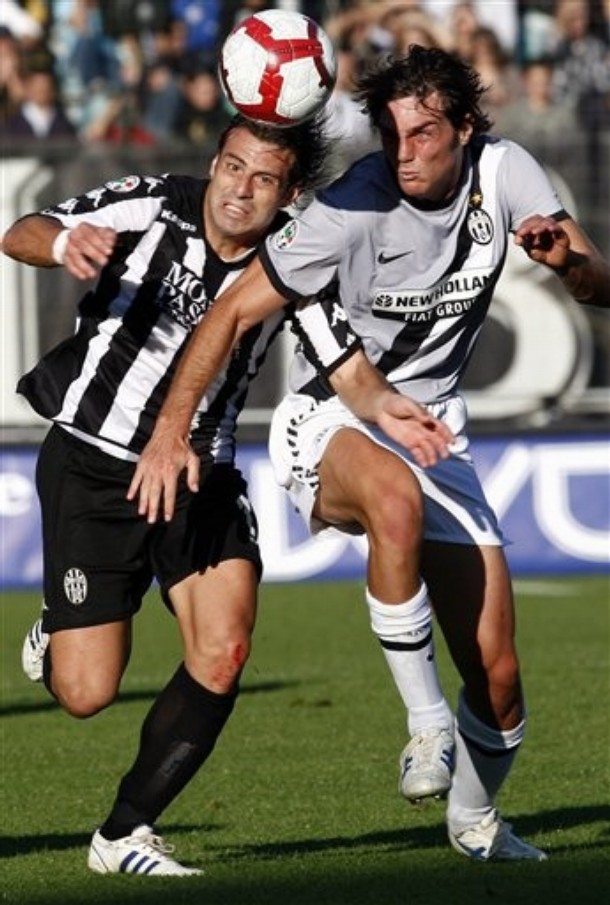 The Mediocre:
Grygera- The ultimate "meh" performance. Held his own defensively, didn't contribute too much offensively, hooked for Caceres at the break.
Amauri- Thank you for scoring, but he still looks awful up front. Kind of ironic eh, as he started the season brilliantly, though sans goal and now he's scoring despite looking totally static up front.
Poulsen- Not a bad game, not a great one either. I think with Poulsen we can see that he's better when he's not playing as a defensive midfielder, strange as it may be. When he's given a bit more freedom to pass and move around, he plays a lot better, and he put in a few good passes/crosses yesterday. I'd still like to see this kind of fire in him though.

The Bad:
Molinaro- Defensively untroubled, as much of our team was, and on average position played farther up than Camoranesi. Had zero impact offensively yet again, and his passing was pretty crappy.
Trezeguet- He got in the way, he had few chances at all, and he didn't look very predatory out there. Some might say this is proof of his decline, but I still think he's got it, it takes more than 2-3 games to get back into form though.
Ferrara- Extremely harsh to put him in this category given we got the 3 points, but come on...why not play Giovinco?! He could have been played as a CM in that match given the dominant possession and the fact that Siena didn't look like they wanted to win at all. Gahhhhhhhhhhhhhh. 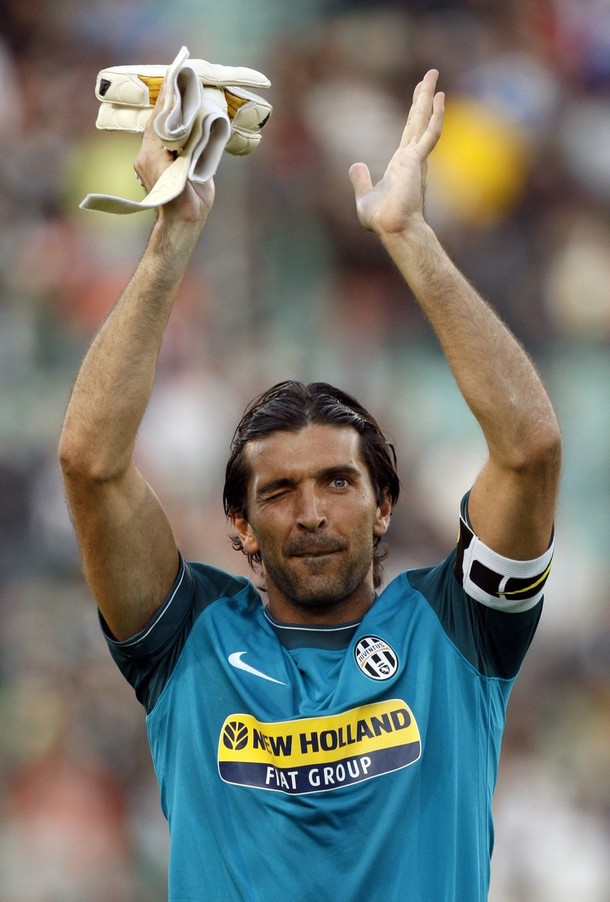 Other news/thoughts from this weekend:
-When asked whether he'd return to Juventus, Capello responded "Never say never." I just vomited a little bit in my mouth.
-Player ratings for the match: Tuttosport, Goal.com, Datasport.it- Google Translate works pretty good here
-Did anyone else notice how advanced Chiellini was playing? He was frequently moving up the field, almost like a modern-day sweeper. I guess it was his frustration with the rest of the team- If they won't do it, I will!
-Iaquinta has to have surgery on his meniscus, like Marchisio and similar to what Buffon will undergo. 30-40 days out, apparently he started feeling pain during training on Saturday.
-Fabio Grosso's 2nd son was born today, Giacomo Grosso. Congratulations to him and his wife.
-Today's training consisted of a light session for those who played yesterday (translated oddly by Juventus.com as "moisturizing") normal training for those who didn't play, and gym for Amauri, Sissoko, and Melo. The injured players did not take part today.
-Diego has a very irregular shaving routine. Has anyone else noticed this? Some days like Wednesday he'll be scruffy. Then yesterday, clean shaven. Same earlier in the season against Chievo and then a week later Roma. It's kinda funny.

Hope this article helped to brighten your Mondays a bit. If not, send comments/criticisms/suggestions to juventus [at] theoffside (dot) com, and remember- Sampdoria is only 2 days away. (Is that supposed to excite us, or terrify us?)