What is wrong with Juventus? Dico Tutto

Share All sharing options for: What is wrong with Juventus? Dico Tutto

So some have had we've slumped into a bit of a crisis, but I think that word is overused and it's definitely not a crisis, at least yet. Performances have not mirrored results- against Genoa and Fiorentina we played relatively well, but our inefficiency in front of goal doomed us to draws. Against Palermo, however, we played like crap and the 2-0 whooping was thoroughly deserved. So what is our way forward?

4-3-1-2: I really think this is the best formation for Juventus for the next several years. We've had some difficulties adjusting, and perhaps Diego is playing too deep as he suggested the other day, and he's probably right. A new formation is not easy to adjust to, so that requires patience.
Ferrara: I have no doubts in Ferrara's ability. Naturally, there were going to be bumps along the way and just like Diego and the 4-3-1-2, our great early start deceived us a little bit. His subs have been meh, but I think his formations have been pretty good and he's shown his willingness to shift formation and players.
Our Forwards: None seem to be in great form, or capable of hitting easy goals, which is pretty essential. Some have suggested we need a major overhaul and we need to sell off Trez, Amauri, or even Iaquinta. I think that's a bit drastic and we need tweaking. I think it's a case of the grass being greener on the other side. Some pointed to other plays like Vucinic or Pato, but the fact is both have started the season badly, both have scored in one game thus far. We're going to need to look at forwards in the future, but that's when ADP and Trez start looking into retirement. 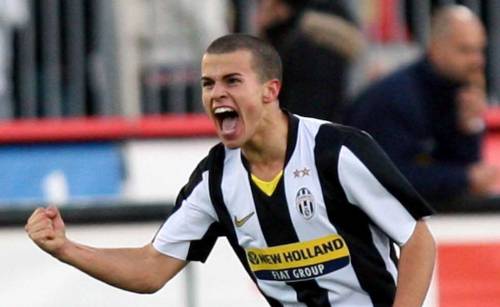 So what is the problem with Juventus? Going along with above comments, I don't think there's fundamental problems. It's naturally going to take time for Diego/Melo, Ferrara, and the 4-3-1-2 to settle in. We can judge the season in March or so...remember both Zidane and Platini took nearly a full season to really become effective.

For me, it's simple: the forwards. Injuries and fatigue have taken a toll, but that's something we have to be able to cope with, and I think for the most part, we have. We haven't played brilliant for most of the season, but with the exception of the game against Fiorentina, we haven't played badly, either. There's been a fair amount of service to the forwards and they just have not been scoring enough. Yesterday, Iaquinta had a golden opportunity right in front of net and just fluffed it right at Frey. In another action, Grosso crossed a great low ball across the goal, a simple deflection would have almost guaranteed a goal yet neither could get there. The service has been "good enough," we just need them to start capitalizing. 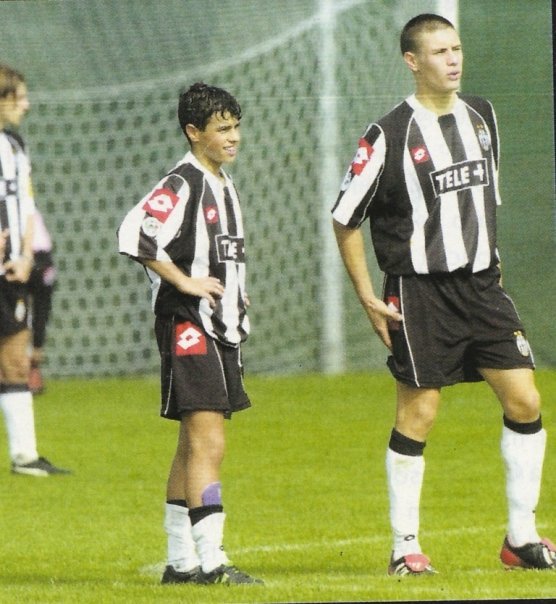 So what's the solution? Giovinco. First, while the two "big men" up front can work, it's not effective right now and we need to ditch that. For now, Giovinco must start up front. I've said in the past I think he's best suited to be a trequartista, but I think he can definitely play as seconda punta effectively also. He doesn't need to have a great goal ratio, as long as he gets a goal every 4-5 games, he'll be putting in plenty of creativity and assists to everyone- prima puntas, but also midfielders and defenders who attack.

Some have belittled (sorry, it just works) his performances this season, which I think is totally off. His games have not been bad, they may not have been brilliant, but he's been no worse than Diego, Grosso, Iaquinta or Amauri in several of their games, and I cannot understand why some of them remain yet he was quickly dropped. Ferrara was his coach in the Primavera, he knows Gio's quality, I don't know why he isn't using it.

In Praise of Jovetic: Watching Fiorentina attack, particularly with great exchanges between Jovetic and Vargas made me jealous. Jovetic is the PERFECT example of why Giovinco needs to play, a lot. His first season he was extremely raw, and his performances were for the most part pretty poor. It took him until April last season to finally score for Fiorentina, but Prandelli persisted with him all those long months. He had 34 games last season, which is a very good amount. Now? He's the toast of Europe, linked with moves to just about every big team in the Champion's League. He's replaced one of the Viola favorites in Adrian Mutu. Scored 2 goals against Liverpool, and has scored 3 goals in 6 games in Serie A thus far. All because Prandelli gave the kid a long run out in the team, a very long run out. 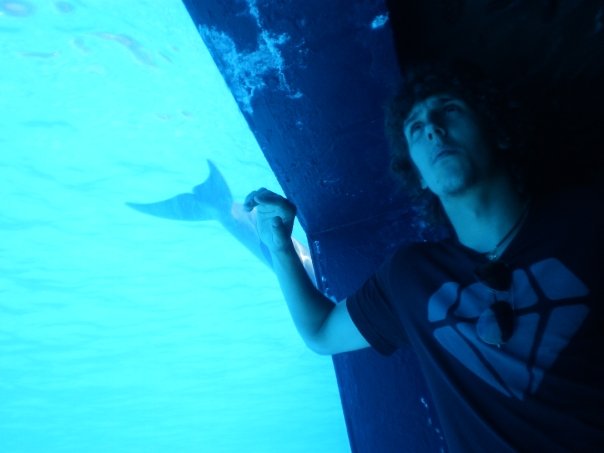 A lot of people criticized Jovetic for poor decision making and mediocre performances halfway through the season, and that's understandable. 16-18 games is a lot to go without scoring, but it's clear it was 100% worth it. It's even harder to do that at Juventus than Fiorentina (particularly when Mutu was often injured) but Ferrara needs to man up and do it. It's quite possibly the solution to our attack in the short-term, as I have no doubt Gio will have a positive impact, but it definitely could be what ensures Giovinco becomes a Juventus legend.

In the current state, I cannot see Giovinco staying and for his sake, he shouldn't. He needs to go somewhere where he gets great confidence from the manager and is able to play often, preferably (like Jovetic) at a top club that competes in the league and Europe. Relegation-battling teams won't be able to fully appreciate his quality.