Mixed Bag Ahead Of Siena

Share All sharing options for: Mixed Bag Ahead Of Siena

Aright guys and girls, here's a little injury recap ahead our match tomorrow as well as some other interesting photos and articles I found online today. Insert joke here about how Juventus is too cheap to afford winter break training in Dubai. Everything you want and more after the jump.

Gigi Buffon is now totally recovered but as the goalkeeper himself stated after the match against Monaco, he will only be back when he is in his best condition. Only one primavera player was called up – defender Lorenao Ariaudo, who has already played beside Legrottaglie during the friendly match in Messina. Ranieri called up a total of 17 players for the match.

Photos from Friday's training session amidst heavy fog in Vinovo: 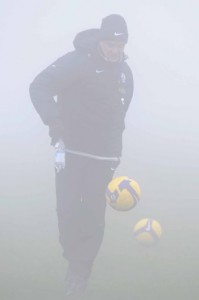 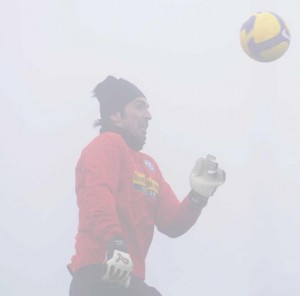 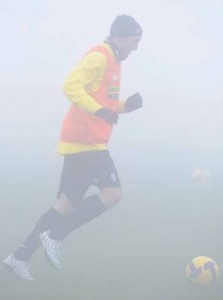 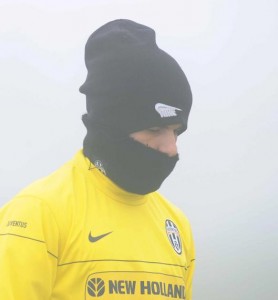 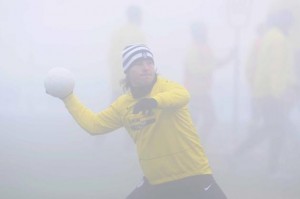 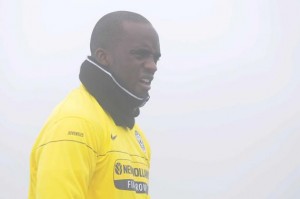 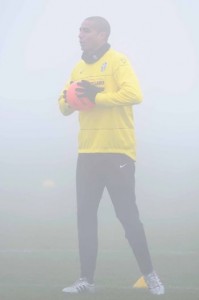 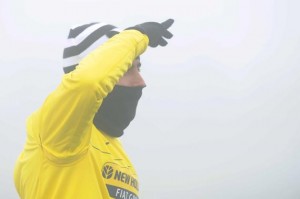 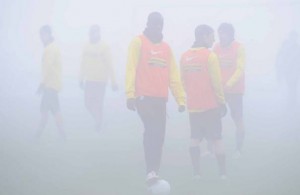 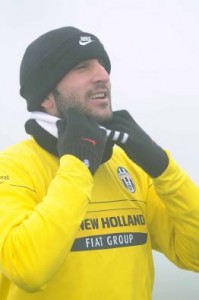 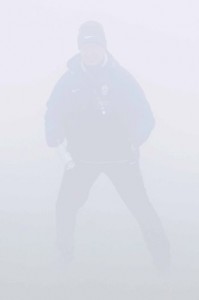 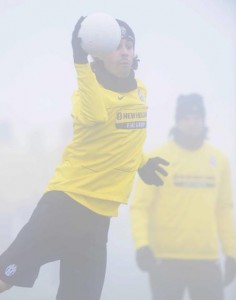 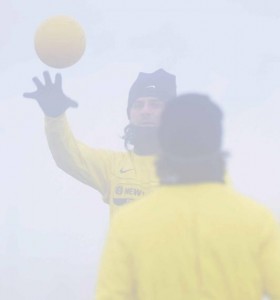 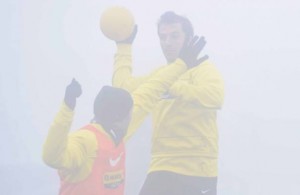 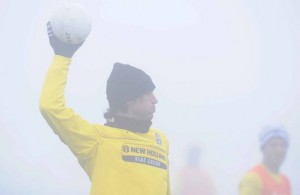 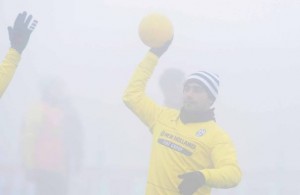 Yup you guessed it, Juventus is also planning a professional handball division.

The first match of 2009 sees Juventus opposed to Siena, a team which is no easy challenge for anybody and Juventus know this well as does Claudio Ranieri who said so during the press conference on Saturday afternoon.

Should the 2 revoked scudetti be returned?
"I am a man of the field so I think only of this year and 2009 that is about to begin".

What about Ariaudo? Is he mature enough to play in the first team?
"Ariaudo played a good number of friendlies with us and always did well. We believe a lot in him. Obviously experience is gained by playing but even training with champions is part of a good experience. There is also Knezevic who is working very hard even though he is not mentioned very much".

Did the bad weather effect the training?
"Not really. I must thank those in charge of the training grounds who never left us stranded. We did not suffer anything".

What do you expect from 2009?
"I don’t expect anything. I want the maximum from my team. We want to fight. There is a difference between speaking and doing and then there is the work and will to do well. We must think of ourselves and not think of what our opponents are doing. We always want to improve so we are racing against ourselves".

Do you think that Ibra is the secret behind Inter’s success?
"Behind a great champion there is always a good team so even if Ibra contributed a lot there is not one player. The problem with Inter is that there squad is made up entirely of first team players. They do not have reserves".

Last January was not so good. What did you learn from it?
"It was a strange case because we played the same football that brought us success before...it was an unlucky patch. The ball didn’t want to enter the net. We continued where we left so this year we must remove that mental rust that gathered over the break to be in top form".

With Poulsen’s return who will be losing his place in midfield?
"Zanetti began before. He played a Champions League match and had time to rest so he will have a slight advantage. There is a big difference between the way I built the team myself and the way you see it. I wanted two players per position. It is important that a player is part of a squad and then having said that everybody is equal. I am happy with what he gave and now i have 5 midfielders to choose from".

What about Siena?
"Siena is a difficult team after the break because they have nothing to lose. In fact they are a good team and play well. They were unlucky against Inter and it will be a very difficult match. They put us in difficulty last year".

What do you think about Chelsea’s current bad moment?
"All the teams have good periods and less good ones. It is a pity that Chelsea are going through the bad patch now because in a month’s time it will be over".

Who are the best Siena players according to you?
"Siena is well balanced. It had two good fullbacks and has good players like Codrea, Galloppa, Vergassola and others. They play the ball well and its the team as a whole that we respect".

The return of the championship is drawing closer. It will be the return on the field for Serie A players after the break. However, this is not so for all. Those who were suspended by the sporting authorities during the last match of 2008 will not be playing.

There is only one disqualified player for the match between Juventsu and Siena, the opening match for 2009. The suspended player is goalkeeper Curci who was suspended for two days after having been sent-off during the final minutes against Inter.

Claudio Ranieri has no such problems. For the first match of the year, however more players appear on the danger list. These include Sissoko, shown the yellow card during the match against Atalanta, Molinaro, Grygera and Camoranesi. No problems for De Ceglie and Marchisio, the other two Juventus players shown the yellow card in Bergamo.

Siena will take on Juventus without star striker Massimo Maccarone, but Marco Giampaolo is still going on the attack. Maccarone was due to start Sunday afternoon's tie in Turin, but pulled out of training with a bruised back on Friday and has not recovered in time.

It is likely he will be replaced by a trident front line of Abdel Ghezzal, Houssine Kharja and Mario Frick. Also absent are Simone Vergassola and the suspended Gianluca Curci.