Share All sharing options for: Juventini in World Cup Qualifiers

There may be no Juve games scheduled for this horrendous break, but several Juventini were called up to their respective national squads. Here's a brief recap: 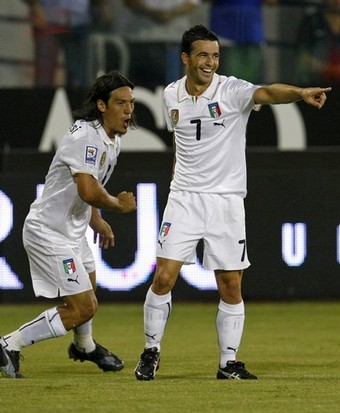 Cyprus 1-2 Italy
Alessandro Del Piero: The Golden Boy is overcoming an injury and thus did not play against Cyprus, he will be recovered for the game this Wednesday against Georgia. The Italian media is strongly tipping him to get a starting spot with the Azzurri.
Nicola Legrottaglie: He was recalled to the national team in light of Chiellini's injury, but he better stay given some poor performances. Gamberini is out injured and Barzagli, as usual, was horrendous. I do expect to see him play this week, hopefully Legro-Canna in center-back. He did not play against Cyprus but he had a slight thigh strain so Lippi may have decided not to risk him.
Gianluigi Buffon: The World's #1, no doubt, and he continued to prove it against Cyprus. Singlehandedly kept us in the game...he is invaluable to Juventus and Italy.
Mauro Camoranesi: Along with Buffon and Di Natale, Mauro put in one of the better-praised performances against Cyprus. Great dribbling and passing as usual, and a great unselfish assist at the death off a Gilardino backheel to an oncoming Di Natale.
Vincenzo Iaquinta: I'm really hoping for him to play against Georgia, maybe even more than ADP. I don't believe Gila or Toni are done by any means, but I think Vincenzo can do better than them right now. Good pre-season form, great determined spirit, and I haven't seen him run thias fast since WC'06. 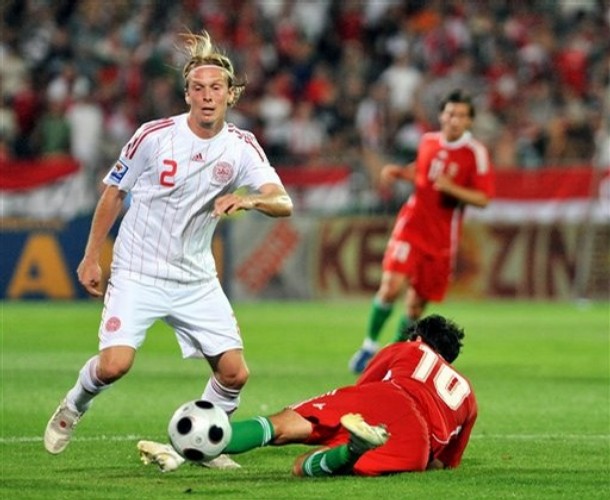 Georgia 0-0 Denmark
Christian Poulsen: From all reports I've read (I did not watch the game) he battled well, since Denmark was away in Budapest, a draw is an acceptable result. Picked up a yellow card in the 75th minute, and put in an industrious if average performance. Denmark travels to Portugal on Wednesday in what promises to be a tricky encounter. 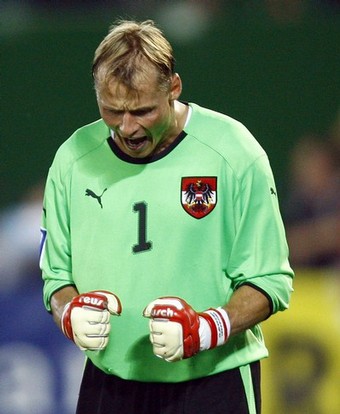 Austria 3-1 France
Alex Manninger: In undoubtedly the biggest shock, Austria downed France 3-1 to temporarily top the group. Manninger held the Austrian goal solidly but it didn't seem he was tested too much. He's expected to start against Lithuania on Wednesday.

Czech Republic
Zdenek Grygera: Grygera is playing for the Czechs away in Northern Ireland. The team still doesn't look the same without Pavel...