Damn the international breaks, seriously. Could there be any worse timing? We get one weekend of Serie A and then have to wait two weeks till the next one. It's just one big tease. 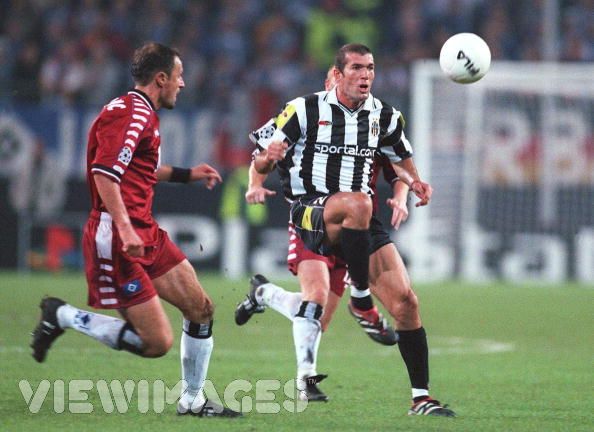 In the meantime, I wrote up a profile on Zizou, who I personally believe to be the greatest player of all time. Not Maradona, not Pele, who certainly were tremendous players, but Zinedine Yazid Zidane. He's mostly known for his days with Les Bleus and the Galacticos at Madrid, but I believe his greatest years were at La Vecchia Signora. Among the silverware he picked up in Turin were two Scudetti, an International Cup, and unfortunately, two Uefa Champion's League runners-up medals. Personally, he earned Uefa's Club Best Midfielder, FIFA World Player of the Year (twice), and of course, the Ballon d'Or. He also was in the top 3 shortlist for the Ballon d'Or twice, aside from his victory in 1998. Interesting fact about his European Footballer of the Year award, his landslide victory is the most lopsided of the last 17 years.

Zinedine Zidane was born in Marseille, France in 1972. He started playing for AS Cannes in the French league after which at age 20 he transferred to Bordeaux, where he lead the team to an Intertoto cup win as well as finishing runners-up in the Uefa cup. According to a bio over at a Blackburn Rovers fan page, team owner Jack Walker declined to sign Zidane, saying "Why do you want to sign Zidane when we have Tim Sherwood?" (I have never heard of Sherwood. That either speaks massively of Walker's error or just of my sheer ignorance of the Premiership) In the end, Juventus signed him for £3 million at the age of 24. 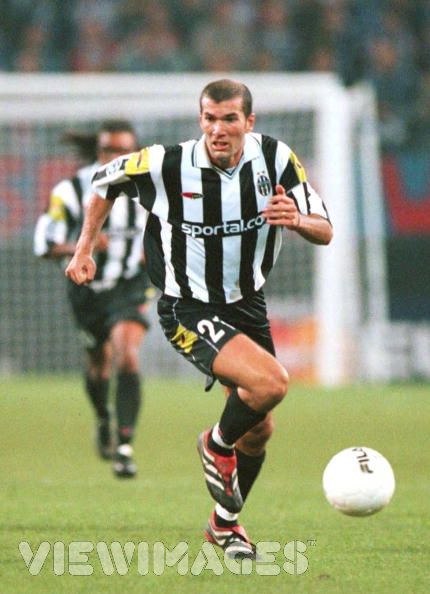 In the all-conquering Lippi side of the late-90s, Zidane was without a doubt the most outstanding member of the midfield, which is impressive when you consider he played alongside Di Livio, Deschamps, Conte, Tacchinardi, and Davids, who are all terrific footballers in their own right. Del Piero had started out originally as a left-winger with Juventus and progressively moved to a playmaker, eventually striker. It was Zidane's arrival that cemented Del Piero's status as a forward. Our attack usually consisted of Del Piero+Inzaghi playing ahead of Zidane for the years he was here at Juventus.

What can you say about Zizou's technical quality? He's probably the best all-around footballer in history. His dribbling and tricks were second-to-no-one, his first touch is one of the most impressive I've ever seen, Zidane had fantastic vision in threading passes around the field. He also had a keen eye for goal, banging in 42 goals out of 249 total appearances for La Vecchia Signora. The absolute essence of a #10, it's perhaps a bit ironic that he never wore #10 for club, but only for country. At Juventus he wore #21, Madrid he would later wear #5. Zidane was the ultimate playmaker, able to do absolutely anything. In his second year at Juventus, he finished 3rd in the voting for the Ballon d'Or while collecting Serie A Foreigner of the Year, (he would collect this again in 2001 as well as Serie A Footballer of the Year) an impressive feat considering how little time he had been at Juventus. He won it in 1998, following a terrific season with Juventus as well as a World Cup win for France. 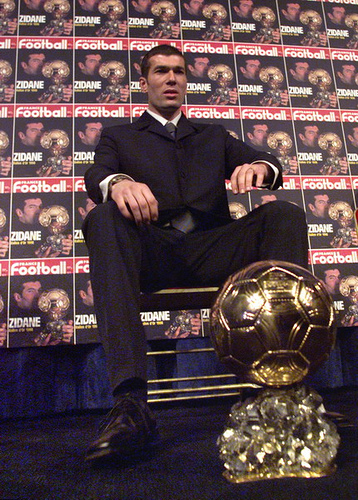 The next year would not be so great for Zidane or Juventus, as a catastrophic injury to Del Piero ruled him out for the season. Injuries and suspensions accumulated and we slumped to a 6th place finish. Lippi left for Inter, and the superstar team began to fall apart. Ancelotti took the helm and did mediocre with Juventus, finishing behind Lazio and Roma for the Scudetto successively as well as crashing out early in our European seasons. Zidane clearly started to become unsettled as Juve was falling short of silverware on all fronts. He made it quite vocal his desire to win the Champion's League, having finished runners-up twice with the Bianconeri. (we won it one year before he arrived) Real Madrid was in their Galacticos era, having signed Luis Figo for a record fee in 2000. The Blancos began to court Zidane as early as 2000. 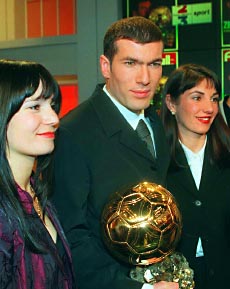 The summer of 2001 was a tumultous one for Juventus. Two mediocre seasons saw the city of Turin and all Juventini in outright hostility towards Ancelotti; everyone knew the sack was looming. There were widespread calls throughout the media for a revamped squad. Zidane made his intentions to leave clear, though the club refused to sell him. Real Madrid continued courting him, and while Moggi continued to insist that Zizou would finish out his contract, in typical Moggi-style he was already scouting out replacements. A week before he signed with Madrid, Juventus acknowledged that they were in negotiations with los Blancos. He signed for a still-world record fee of £47m. Zidane went on to have a very successful 5 years with Real Madrid. He won the Champion's League the year of his transfer, scoring what ITV named the best goal ever in the Champion's League.

Zizou wasn't exactly a legend for Juventus, only spending a (relatively) short 5 years at the club, but I thought he deserved a spot on this list because as a Juventino, he also happened to be my pick for the best football player ever. Oh, and with his sale, we bought Buffon, Nedved, and Thuram. 'Nuff said. With Real Madrid he picked up a few Liga titles and the trophy with the big ears. He was without a doubt the essence of France's 1998 World Cup win, he led them to the European Championship 2 years later. His absence in the initial rounds due to injury in FIFA World Cup 2002 was primarily the reason for France's woeful early departure. But a few years later, in Germany, he captained the team back to the final. Despite losing and of course, as everyone knows, headbutting Materazzi, he picked up the Adidas Golden Ball for best player of the tournament. 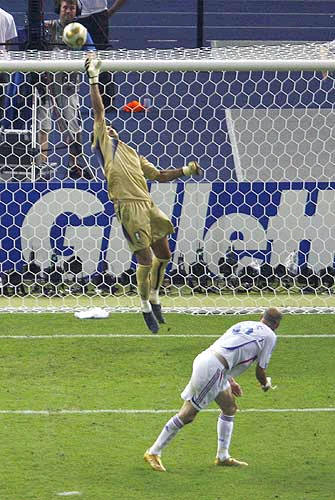 I saw a phenomenal video about a year ago, about 35minutes long, all of Zidane skills while wearing Bianconero. It is truly a tremendous video and someone happened to put it on YouTube, split up into 5 parts. If you have time, it truly will make you appreciate the outstanding skill and consistency of the man. It isn't a 3 minute clip set to music (I could make Marchionni look like CR7 with that length) it's a really more comprehensive look at probably the greatest individual to have graced the Bianconero shirt.