Camoranesi Extends My Desire To Wed Him.

Share All sharing options for: Camoranesi Extends My Desire To Wed Him. 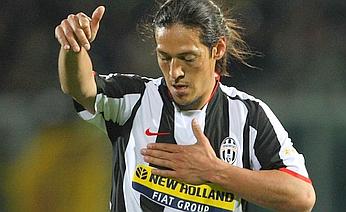 Wanna know why Camoranesi always picks up little knocks every now and then? It's because he plays his ass off on both ends of the field. That's something called total commitment. So today, upon hearing he signed a contract extending his stay 'til 2011, I felt really weird in special places. Now that's something called restraining order material.

If you've been around the Juventus Offside for a while, then you must know by now just how much Alessio and I go on and on about our love for the guy. Albeit mine extends a little bit further than Alessio's heterosexuality is willing to go... we both agree that he is one of the most (if not the most) important elements to Juventus' chances of winning anything, period. So here's to looking forward to two more years of inappropriate and creepy celebratory posts of the guy! Salute Mauro!