Share All sharing options for: Juventus 1-0 Udinese: A Black-and-White Affair

It's good to be back. Damn, we dominated. 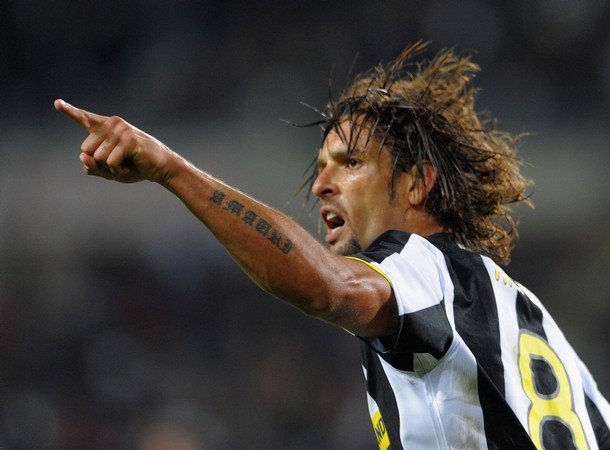 The Good:
Momo Sissoko- Momo was a beast in midfield today, cleaning up as usual but offering much more than normal. He is not a one-dimensional player, he was routinely dribbling through Udinese players and advancing up the field. Had a good rocket palmed away by Udinese's keeper.
Juve's Midfield- Everyone in Juve's midfield today was outstanding. They guarded possession well while moving the ball up the field. Everytime an Udinese player had the ball, 2-3 Juventini were swarming him, usually a defender and a midfielder. Fantastic work ethic.
Buffon- We're used to his strength and while he wasn't tested, he was positionally perfect today. Prepared to come out for every ball, alert, there's a lot more to goalkeeping than great saves.
Grygera- With the absence of Del Piero, Mauro drifted centrally (to great effect) for long periods in the game. He was hardly missed on the right-flank, as the ever-industrious Zdenek Grygera was constantly bombing up the right flank, taking on defenders and delivering good crosses.
Juve's Administration- Let's give them some credit on this one. Roma was missing half of their Starting XI and miserably failed in Palermo. Milan had their top XI out (for the most part) and still got beaten 2-0 in Genoa. We had 4-5 starters out, depending how you look at it (Molinaro, Del Piero, Trezeguet, Zanetti, Legrottaglie) and yet you could hardly notice a difference.
Ranieri- Great lineup and while the subs were a bit unorthodox, we kept the lead. Smart to rest so many starters. Giovinco's absence was glaring, but some have suggested it's because he's tired from international duty a few days ago. Ranieri is a terrific coach for our situation, how many other coaches would have played Paolo De Ceglie for the full 90? He's already given Marchisio a full game, the Mister is doing great work in integrating our young players. 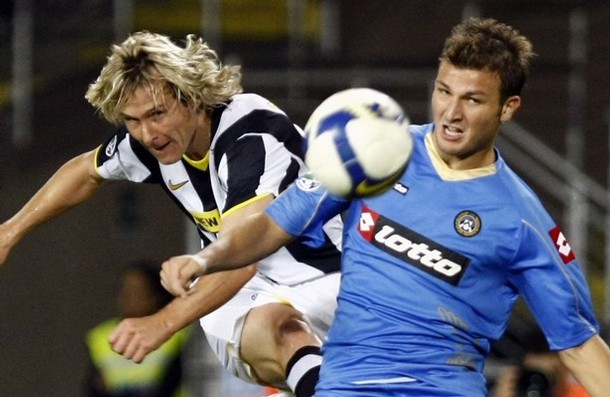 The Mediocre:
Juve's attack- This is probably a bit harsh, considering how many efforts they had on goal. Iaquinta+Amauri combined well again, hitting the post and having a disallowed goal in addition to the win. They dominated in the air but it's still a bit baffling how it ended only 1-0.
Marchionni- I was very pleased to see him come on and get some playing time. Of course he wasn't very good, but considering how little he's played with his injury-plagued last few years we'll give him a pass on this one. Hope to see more of you, Marco.

The Bad:
The FIGC- What is the point of football when you have this?
Udinese- They held up bravely, absorbing enormous potential. But Marino, Udinese, and their star attacking trident are known for taking it to the other team. Of course I'm glad they didn't, as a Juve fan, but I was surprised how withdrawn they played. As Vin said, had Udinese played like they did in the last 10 minutes over the whole game, it could have been a very different result.
The Big 5- Juve picked up the first convincing win (2nd overall) of the Big 5 thus far. This thrills me, any team can upset a big team which makes Serie A more competitive and interesting. It'll be interesting to see though what effect it has on the Champion's League. Unlike the EPL's Big 4, we can't just field reserve teams in our domestic league and cruise to victory.
Mellberg- Again this is a bit harsh as he's a high-quality defender and has plenty of time to grow, but he came very close to causing a late-game equalizer, again. These kind of mistakes are awful. Most people assumed Mellberg-Chiellini would become our starting duo partnership, but considering the form Legro has been in and Olof, I don't see it happening. (As I didn't a month ago) And with Grygera freaking locking down his right-back spot, Mellberg may be consigned to a sub/reserve role.

Oh and this picture is hilarious. Iaquinta's been bad, I suppose. 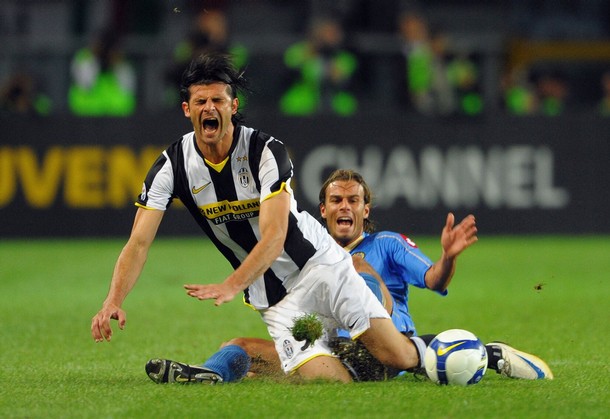