Previews: The Battle of the Bianconeri, ADN v. ADP

Share All sharing options for: Previews: The Battle of the Bianconeri, ADN v. ADP

Thank god that international break is over. I watched the Palermo-Roma game today, and as pleased as I was to see Roma get pounded, just doesn't satisfy my calcio needs. Roma have had a semi-difficult start, hosting Napoli and away at Palermo. Juve's had a similar start, also drawing 1-1 against a credible opponent, let's just avoid the whole 3-1 part. 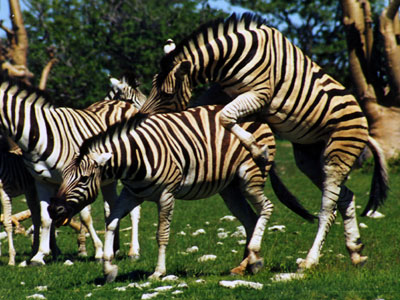 We're finally starting the season, there will be consistent Juve games until the next damn international break. We're hosting Udinese tomorrow at the Olimpico, and Wednesday we host Zenit St. Petersburg, a game I've been looking forward to for a while now. It will really show our Champion's League material, not some win against bush-league champions Artmedia. 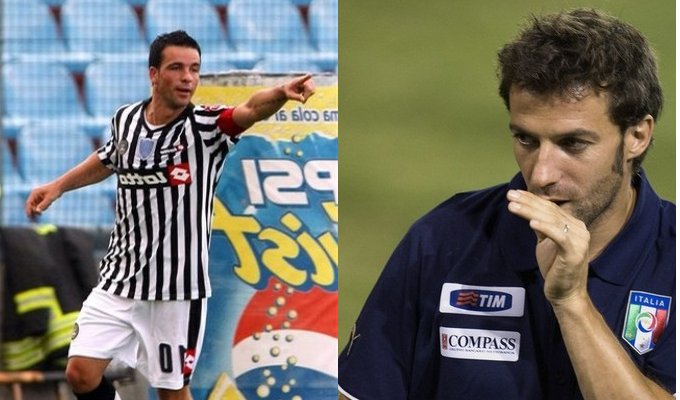 Thoughts on the game-
#1- ADP rested: CalcioMercato (take it with a grain of salt) is reporting Ranieri wants to rest ADP for the Zenit game. If so, no ADN v. ADP battle. Amauri will certainly slot in but given his poor performance's alongside Trezeguet, not entirely sure who will complete the partnership. I'm betting Trezeguet will be benched to play alongside ADP against Zenit.
#2- Injury Crisis Over: Chiellini, Trezeguet, Zanetti, and Marchionni are back in the squad, but Marco will probably break a shin walking out of the dressing rooms. Remains to be seen if Ranieri plans to risk any of these players, I'm thinking not.
#3- ADN is on fire: A brace in Azzurri, and a sensational brace against Palermo on day one. I hope we have Legro marking him. While I'm not giving up on Mellberg (far from it) he was shaky last week and I'd rather not see him up against Di Natale, just yet.
#4- Colatuono hates Bianconeri: Ex-ex-ex-Palermo coach got the boot perhaps prematurely after losing 3-1 at home to Udinese two weeks ago. Last season he got sacked (also perhaps prematurely) after getting spanked 5-0 against Juve in Turin. To complete the similarities, both Bianconeri's #10s scored a brace in the game.

This is a big game to test us this season. Last year we drew and defeated each Big-4 team, but we often dropped points against teams we should have beat. For example, in Week 3 last year, we lost to Udinese at home 1-0. Odd coincidence. Di Natale had a great goal in that game, whereas Del Piero hit the woodwork an incredibly frustrating 3 times. Vin, over at the Udinese Offside warns us not to underestimate the other Bianconeri, and he's right. If we bring our big-game mentality to this game, Udinese has no chance. But having watched some frustrating draws last season, that's a big "if." To quote former Milan player Dejan Savicevic: “As a Milan supporter, I was frightened by the Juventus I saw against Fiorentina. They are like a football tank. Mauro Camoranesi is world class and then there’s Pavel Nedved. At his age he still runs, attacks and scores goals. After the goal he netted in Florence I got up out of my chair and bowed down to such talent. Juve are dangerous.” Let's be dangerous tomorrow.

Juventus (4-4-2)- I'm expecting Ranieri to rest ADP, Trez, and Chiellini for Zenit. It may be a great idea but I don't want it to look like we're underestimating Udinese, they are a great team. Sissoko should slot back in and Poulsen is in good form so Marchisio will probably be dropped. If we're leading comfortably, I'd love to see Marchisio and Giovinco get some time.
Buffon; Molinaro, Mellberg, Legrottaglie, Grygera; Nedved, Sissoko, Poulsen, Camoranesi; Amauri, Iaquinta

Udinese (4-3-3)- I'm going with Channel4's prediction on this because I have no idea other than that Quags and ADN are certainties. Gazzetta calls for slightly different.
Handanovic; Motta, Coda, Domizzi, Pasquale; Inler, D’Agostino, Isla; Pepe, Quagliarella, Di Natale

Side note on lineups. Last year, this was ours. Notice the fact no one is playing in defense except Chiellini in a different position.
Buffon; Birindelli, Andrade, Criscito, Chiellini; Camoranesi (Nocerino 30), Zanetti (Tiago 56), Almiron, Nedved; Del Piero, Trezeguet

Players to watch-
Juventus: Amauri- It seems certain Amauri will be given a starting spot in this game, and this is his time to shine. With service from Nedved, Poulsen, and Camoranesi (with Grygera over-lapping on the right flank) he's got a very good chance of banging in a goal or two. I'd love to see Iaquinta, oftentimes "the forgotten striker" get one in too.
Udinese: Quagliarella- Everyone is thinking about Di Natale's sensational form, and I'm not taking anything away from Antonio but Fabio is one hell of a striker as well. He's rumored to be a big Juventus fan as well, and perhaps with Juve focusing a bit more on Di Natale, Quags could be dangerous. 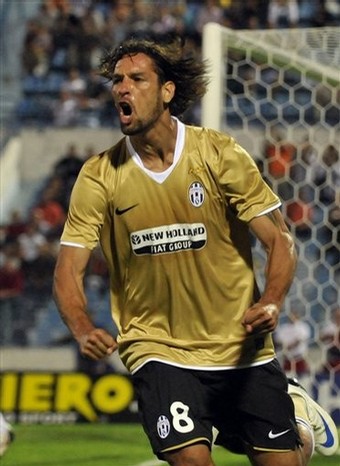 Prediction: I'm not jinxing this one. 3-1 to the Vecchia Signora (since Udinese shares all our other goddamn nicknames) with Amauri getting a brace. Legrottaglie will score the other. Quags to score for Udinese on the break.

Last note: There's been a lot of talk about Citeh throwing a lot of money around, and Buffon is one of their rumored targets. While I don't expect them to ever actually make a bid, here's my thoughts. Selling a great player is oftentimes a great idea, ie- Zizou. But Buffon, Trezeguet, Camoranesi, Del Piero, and Nedved showed unprecedented loyalty to the club, let's show it back. These legends are not for sale, at any price. Buffon laughed off the Citeh rumors, and Trezeguet has revealed that Barca made a bid for him (for about the 4th year running) but he+Juventus rejected the bid.

Alright ragazzi, Serie A is back! I may liveblog this game, it's in the afternoon so my hangover should be settling down. See you then and as always, FORZA JUVE, VINCERE E' IL TUO DESTINO.