Basically the same as the last post. But there have been new games, so, not the same. 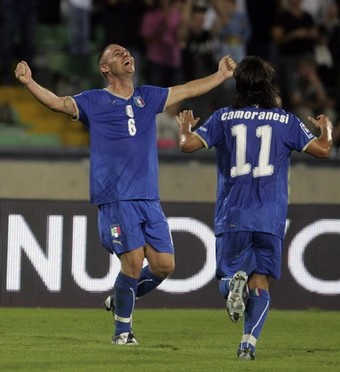 Italy 2-0 Georgia
(Disclaimer: I didn't watch the game, this is off of WCB comments, a few liveblogs, and match reviews)
Alessandro Del Piero: A day after being called a model footballer by Marcello Lippi, he subbed in late into the game for local boy Di Natale. He played well in his 91st appearance for Italy, coming close with a typical alla Del Piero attempt and providing a good weighted pass for De Rossi's 2nd goal. He isn't done yet.
Nicola Legrottaglie: Nearly missed the match due to a thigh strain, but passed a late fitness test. By all reports had a very good game with solid challenges and good positioning, many sources give him a slightly better score than il nostro gran capitano, Cannavaro. Made a great point after the game, "We're not looking to win in 10 years, we're looking to win now." No reason he shouldn't be in the Azzurri set up.
Gianluigi Buffon: Barely tested after his heroics against Cyprus.
Mauro Camoranesi: As is often the case for the Azzurri for Mauro, played brightly for the first half before fading in the 2nd. One of the rare players in the Nazionale who can dribble well and beat a man, though.
Vincenzo Iaquinta: Another ex-Udinese player, he subbed on and had a few good chances. If you ask me, we need to see more of Vincenzo in the national set up. At a time when Gilardino and Toni seem to statically fumble around with the ball, Iaquinta is a determined player and I think he can offer a lot to the team.
You can see De Rossi's goals over at the Roma Offside. 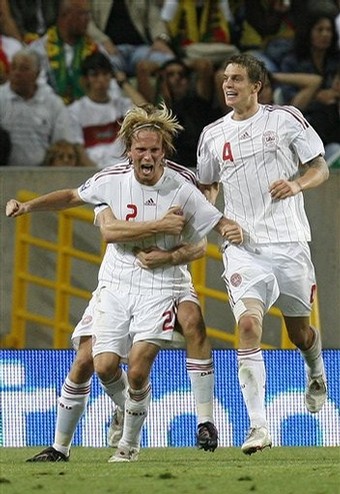 Portugal 2-3 Denmark
Christian Poulsen: Denmark pulled off a very impressive, exciting win away against Portugal. With 4 minutes left, Deco converted a penalty to put Portugal ahead 2-1 and seemingly secure victory for Portugal. But the Danes didn't agree, scoring 2 goals in stoppage time to pull off a stunning historic reverse. Christian Poulsen played well and scored the 2nd Danish goal off a header in stoppage time to inspire his team to victory. 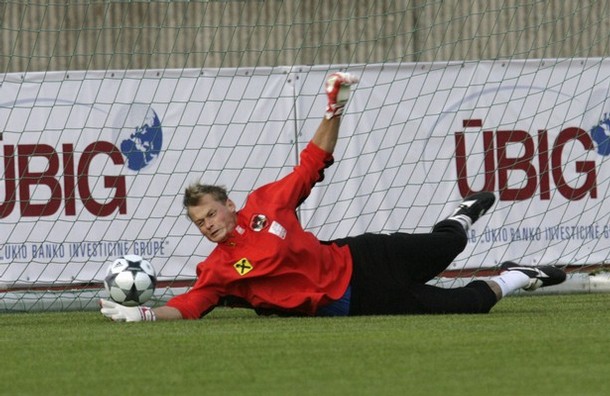 Lithuania 2-0 Austria
Alex Manninger: After leading his team to a stunning win over France, Austria crashed out 2-0 away against minnows Lithuania. Manninger made a few good saves but really could do nothing on the goals.

Northern Ireland 0-0 Czech Republic
Zdenek Grygera: A bit of a disappointing result for the Czech Republic, despite being away. Grygera held up solidly from the back and in typical style delivered crosses, just before halftime he sent in a great cross that should have been headed in, but it was wide.