This post was written by my friend Giuseppe Solinas about Calciopoli and what some Juventini are doing to try and restore our name. I'll try and get him to pop over here and answer questions/comments. If anyone else wants to do a guest posting, feel free to ask!

It has been well over two years now since Juventus were tossed into the abyss of Serie B. Two electric years that produced plenty to talk about from transfers to comebacks, yet there remains what appears to be a lingering obsession from Juventini and non-Juventini alike regarding the biggest scandal in Serie A history. What is unfortunate is how very few really have a clue as to what occurred.

It is a case full of misconceptions. There are far too many for one to clarify within a single article. Revelations always seem to be too conducive to arguing between fans. Anti-Juventini don’t want to know that Juventus were actually found not guilty of match fixing according to the judges (their rationale found in the verdict posted on the FIGC archive). Not guilty of match fixing, attempted match fixing, bribery etc. That is simply inconvenient.

Nor are anti-Juventini interested in the fact that Telecom’s managers have now been arrested regarding evidence tampering (wire transcript tampering and wire tap manipulation). It is “rubbish” or “hearsay” or the all too common “conspiracy theory” to them despite the fact that a Telecom employee (Caterina Plateo) confessed to Milan prosecutors and trials are occurring as a result where Telecom Managers (Cipriani/Ghioni/Tavarolli) have agreed to co-operate with authorities. Perhaps their former Security Chief Adamo Bove would have done the same, had he not committed suicide two weeks after Plateo’s confession.

So what now? Those who think it is over are quite wrong. Tribunals continue to sanction Moggi. His suspension was extended by 14 months as a result of the SIM Card trial. Amazingly no recorded calls exist and better yet, no one knows who he was calling. It was assume that if Moggi dialed a number that connected to system in Bari, that he was calling Paparesta because he resided there. There were many geographic coincidences like this which were used to build the case.

Despite the referees proving (hotel receipts, airline tickets, etc.) that they were not in those areas during the hours of those calls Moggi was convicted again essentially for calling someone from a foreign carrier. 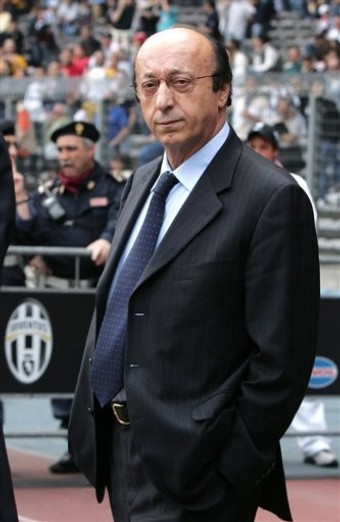 The GEA case ended as well but this time the prosecutors ran out of time to make a coherent accusation. Player after player defended Moggi, while those set to accuse him had their arguments falter in court. Finally Moggi walked away unscathed.

What of Juventus however? The team’s new managers have stated that it is not financially convenient to appeal (maybe the New FIAT Consultant Guido Rossi (former President of TIM/Telecom Italia) convinced them of that). There is however one group fighting under everybody’s radar.

Giuseppe Belvisio, a lawyer in Italy, created a group Called “Giu Le Mani Dalla Juve” in the wake of the trial. This group is a Class Action Legal Association financed by its members. In a recent letter from Belvisio himself to the members, he indicated that the process is long but that the association is preparing appeals for the European Court System.

The first steps have already been taken. The Association must first be refused domestically both at the Regional and Federal level in order to qualify for the Continental courts. The TAR Lazio (Regional) has already refused their appeal and in the coming months the State Council (Federal) is expected to do the same. The Association has prepared appeals to the European Court of Commerce and now the European Civil Rights Court. Their lawyer is the winner of the now famous Bosman Case, Luc Mission.

Giuseppe Belvisio has indicated that he is adamant that in due time, the proper courts at their disposal will overturn the verdicts created in the media frenzy that was Farsopoli. If this were to occur, in addition to the two Scudetti going back to their rightful place, Juventus’ shareholders would stand to receive some 230 Million Euros in damages which are to be used to recapitalize the team.

The Bosman Case took five years…for Juventus it has been nearly two and a half. Patience Juventini, justice is coming.