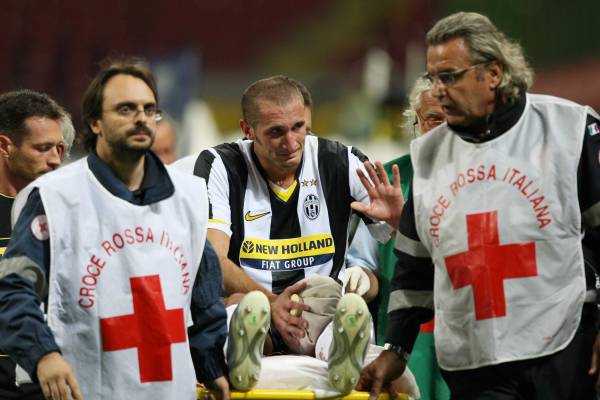 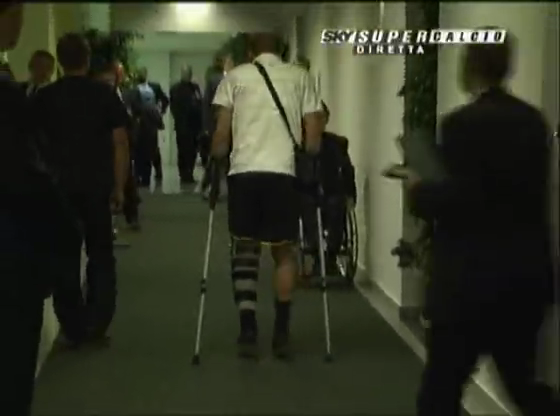 Thanks to Adam for the pics.

As of 10pm EST, Juventus.com is calling it a sprained knee. (~1 month out) The Gazzetta says there's damage (maybe strained, not torn) to the ligaments. (6 weeks-6 months) Every tifoso bianconero is saying "oh shit."

One last piece of news, Legrottaglie has been called up by Lippi to the National side for the upcoming friendly to replace Chiellini. Good, he should have been going instead of Barzagli or Bonera, but of course he says he'd rather be going with Giorgio instead of him. I don't know if Lippi is planning on playing him, but I swear to God, if Legro gets injured, no more preseason games for any Juventino, we've had enough injuries.