Capello Sucks: How I Learned to Stop Worrying and Love Calciopoli

Share All sharing options for: Capello Sucks: How I Learned to Stop Worrying and Love Calciopoli

This is kind of another reflection on Juventus history, but of a slightly different kind.

Like all Juventini, two years ago I went from Nirvana to Hell in a matter of a month. In the greatest football moment I've ever witnessed, the Azzurri triumphed in Berlin, winning the first major silverware I've been around for. Just weeks later, our beloved Juventus dropped into purgatory (no, being in the Uefa cup is not purgatory Ancelotti) and our future was uncertain. The stock price crashed, the entire board of directors resigned, our stars were leaving, and with a 30-point penalty, promotion to Serie A was completely unattainable. How far we have come. 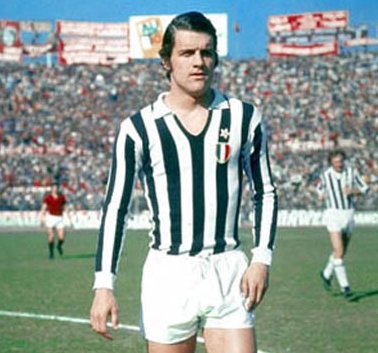 I firmly believe that Calciopoli was a bunch of horseshit. There's too many conflicts of interest and lack of evidence. The entire trial was shoved through in haste to finish before the next season started, giving the Bianconeri no chance. Gallani was head of federation and Berlusconi was the PM, and Milan magically escaped relegation alongside Fiorentina and Lazio. TIM, Serie A's sponsor has long-standing connections to Moratti and co. TIM, who caught the Moggi tapes was led by Tronchetti (an Inter shareholder) as well as Guido Rossi, a personal friend of Moratti who would step up to lead the FIGC during Calciopoli. No wiretaps, video evidence, or witnesses were heard at the trial, and Juventus had 3 days to prepare their defense. Juventus was not tried with Article-6 violations, that are relegation-worthy. There is also a statement in the CAF that declared all referee selections to be legal, despite Moggi calling. Another statement from the CAF declares that Juventus fixed matches to win the season, thought it admits there is no evidence that any one match's outcome was altered. (Other than the Lecce-Parma game that saved the Viola, but that's the Della Valle's problem) How can you fix a season if no matches were fixed? Among the recordings was Moggi calling Roberto Rosetti "no good for Juventus" which the FIGC took as implying that he would not favor us. Moggi insists that it was because Rosetti is Piedmontese. When you consider Juve was relegated, two scudetti revoked, and an estimated $250million in lost revenue....Lazio, Fiorentina, Reggina, and Milan received nothing more than a slap on the wrist. The 2006-2007 Serie A and 2007-2008 set new records for amount of matches altered by refereeing errors. Combined with the rumors of the FIAT heads wanting to oust the Triad....it's clear that two years later, the only thing clear is that nothing is clear. Juventus+Moggi were not saints, but we took the fall for corruption in Serie A.

(If you are interested in more information about Calciopoli, join this Facebook group or drop the group admin, Giuseppe, an email at farsopoli@hotmail.com an email here. He is brilliant and has all of the trial documents that I cited (in Italian, of course) as proof.) 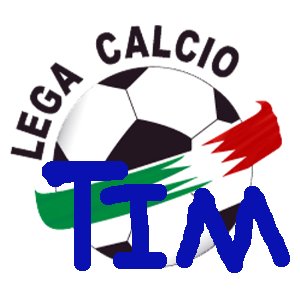 A further word on possible continuing Calciopoli. A lot have accused Inter of "cheating" and "buying referees" this season. While it's clear they received more penalties than they should have, I am not calling match-fixing here. I do not like Inter one bit and hold many in their organization accountable for Calciopoli, but I'm not buying it. As Buffon once wisely noted, sometimes referees, "give a little more kindness to all the big teams." If Inter gets denied a penalty, or concedes one, the Gazzetta and Inter nation go up in arms. If Atalanta gets screwed over, the other Nerazzurri fans protest, but their fans are much smaller and nobody listens. Ie- the Gazzetta showed Juve and Reggina were two of the most negatively-affected teams by refereeing decisions this year. All these newspapers played out news about a conspiracy against Juve, how much we were getting bullshitted, etc. True, but did anyone see an editorial on Goal.com about how Reggina was getting screwed? No. So clearly, whether you like it or not, a ref has a lot less incentive to give Atalanta a penalty over Inter. He doesn't want to be scalped in the press and receive death threats. So I don't believe Inter cheated...but they certainly received help.

Regardless, it is two years on and I still count our scudetti as 29. Look at our team from those years and you can see we did not need the help. That is what I'm going to talk about though, the Capello era, how much I despised it, and how Calciopoli may have done some good, for all it's bullshit. 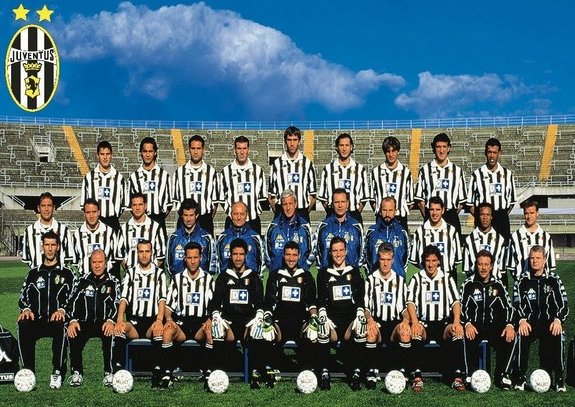 #1- Capello's retirement decisions: If you didn't know, Capello was a great Juventino himself. Maybe because of the way he left in the twilight of his career, he hastened the retirement of the golden generation of Juventini, often unceremoniously. Ferrara, Conte, Tacchinardi, Davids, Iuliano, Montero, Tudor, all were pushed out by Capello. While some in-house cleaning may have been required, the way he went about was just awful. These guys were all Juventus legends..and few got the farewell they deserved. (Conte and Ferrara did) Tacchinardi and Davids were loaned out and eventually let go. These players gave more to the Bianconero shirt than you did Fabio, fuck you very much. 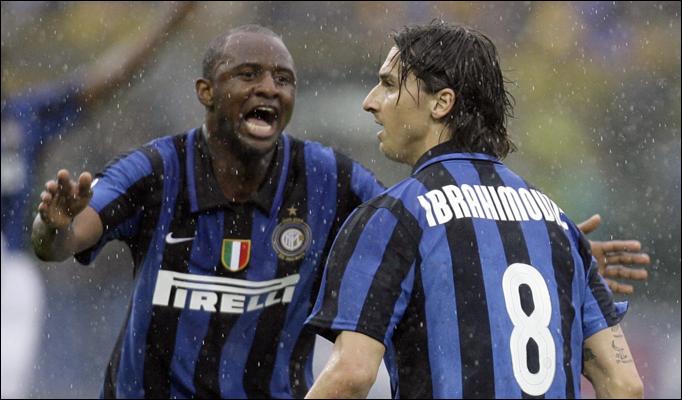 #2- Fabio's transfers: I understand not all players will be bianconero, but Capello assembled a motley crew of mostly mercenaries. Vieira, Ibrahimovic, Mutu, Emerson, ditching the old guard in favor of new super-signings. I admit, I liked Ibra and I thought he had a great future with us, now he's probably my most hated player in the world. But these players didn't fight like Juventini, they fought like players with expensive contracts. I always disliked Emerson, Vieira, and Mutu, even if I admired their talent. They just didn't have the Juventus spirit. 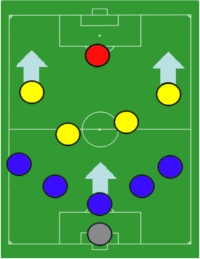 #3- Fabio's tactics- This was probably the biggest part of all. Under Capello, we played extremely boring conservative defensive football. I'm not a proponent of sexy football, not one of those 4-3-3 guys, but watching Juve from 04-05 and 05-06 was fackin' painful. Y'know all that boring footy Inter played this year? This was us, for TWO years. Fabio was sacked from Madrid later for winning the title in such a boring way. All Juve games could be summed up with defend, defend, counter-attack goal, defend, defend, maybe another goal depending on how weak the team is. Watching Juve now is much better. 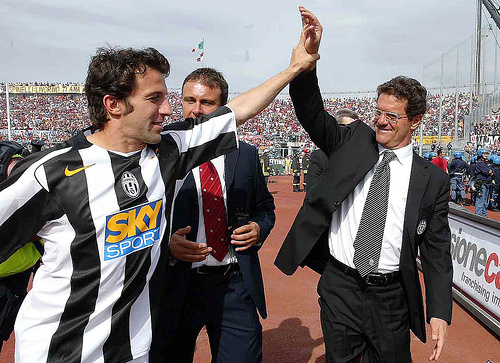 #4- ADP remains Bianconero- After fighting with Totti, Fabio decided to start benching 28-year old ADP. He wasn't the tall powerful striker he liked to grind out wins. As such, our bandiera, Alex, was seriously thinking about leaving Juventus if it meant finding playing time. Nothing to say Capello would have stayed for several more years, but you could argue thanks to Calciopoli, Alex is still with us. Oh yeah, did I mention I hate Capello? Roma fans hate him because he poached Zebina and Emerson after leaving, and he took Cannavaro and Emerson with him to Madrid...some how in the last 3 clubs he's been at he's managed to dismantle half the team at the end. Roma in tatters, Juve in crisis, and then he forced out Ronaldo, Beckham, and Roberto Carlos from Madrid. What a douchebag. 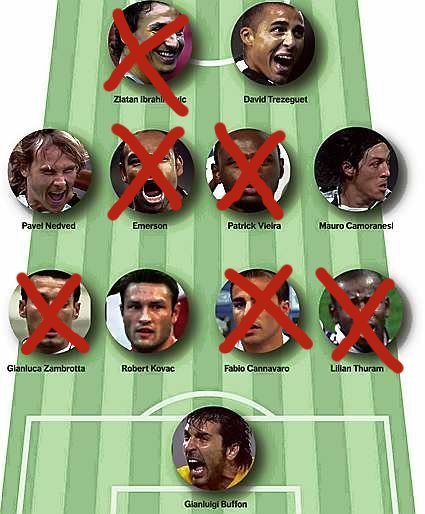 #5- Getting rid of deadwood: I don't blame several of the Juventini for leaving, we couldn't afford to keep their contracts. Cannavaro deserved to finish his career at the highest level (not like he's a Juventus legend) and Zambrotta felt betrayed. But anyways let's look at our superstars who left Juve.

Mutu- Arguably the most successful. Went on to Fiorentina where he's the town hero. You're welcome for saving your career, too bad Secco sold you for peanuts.
Ibra- Still a big game choker. Used to love him. The ultimate traitor.
Emerson- Sucked it up at Madrid, but an old fat Brazilian needs to retire? Time to go to Milan, where he started 6 times. Maybe he can regain fitness, but he's far past his prime. 16 million euros for him was the deal of the century, other than 6million euros for Zidane.
Vieira- Has shown occasional flashes of brilliance but it's clear he's also past his prime and has had two very injury plagued seasons at Inter.
Cannavaro-Also has not been the same, although La Liga doesn't really prioritize defense. Retirement looms.
Thuram- I thought we were gipped for 5million for him, but it turned about to be a decent deal. Horrible at Barca, horrible for France, and it looks like he's retiring.
Zambrotta- Was pretty lackluster at Barcelona, made a huge error at Euro2008, and is now in Rossonero. He'll be alright but also past his best.

Let's look at the HEROS who stayed. All had terrific seasons. 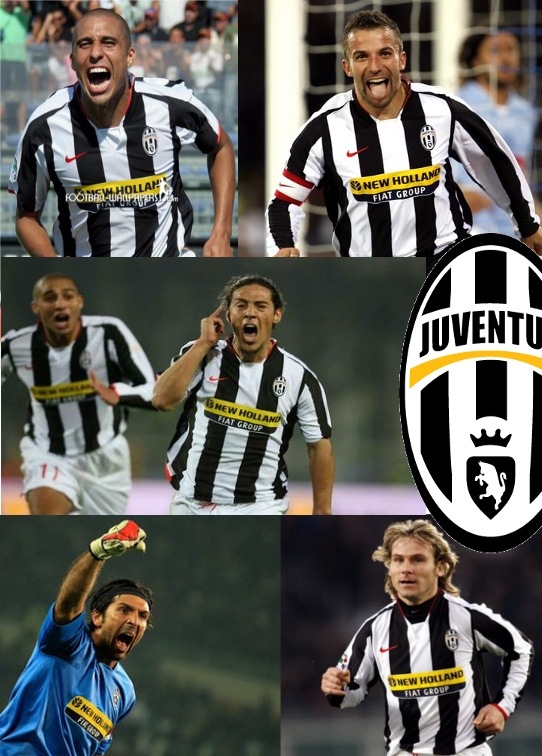 David Trezeguet- Yet again easily hit double digits, and finished 2nd in the scoring charts.
ADP- Capocannoniere 2 years in a row.
Camoranesi- Came off of one of his personal best years, 2 goals against Inter, 2 assists against Milan. Can't ask for better than that.
Buffon- Still the world's #1.
Nedved- A bit over the hill but makes up for it with his incredible work ethic. 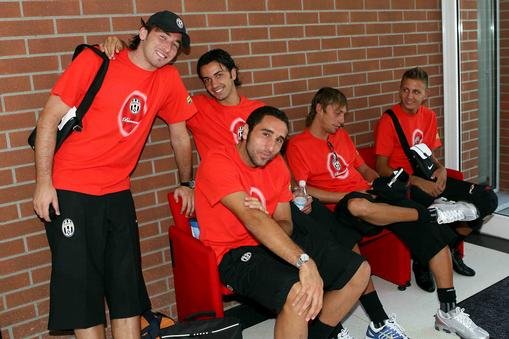 #6- A fresh start: Going along with #5, Calciopoli hurt us badly financially. Selling off all those players would have been great, if we could have reinvested the money. But we couldn't. As such, the directors are starting in a new direction. We had the 2nd best defense in Serie A last year, and how old were our defenders? 24, 23, 31, and 27. Compared to the aging Milan/Inter backline, and Roma's who have two well into their 30s. When we've got De Ceglie and Criscito in the wings, we're in good hands. With Giovinco, Lanzafame, Pasquato, Palladino around, our attack is set. Sissoko is very young, but our midfield is a bit short, but there's plenty of time. Obviously not all of these youth will stay, but it means we don't need to scramble to unearth new talent.

While none of us would wish for Calciopoli, it did change Juventus, in many ways for good. Some will disagree with me on Capello, but it'd be hard to disagree that it forced us to refresh the squad. The players who left have by-and-large flopped at their new clubs, and it was only a matter of time before they'd underperform for Juve as well. While Secco the dunce undersold them in many cases, with Emerson, Vieira, Canna, Zambrotta, etc, we are having the last laugh. (Much as Deportivo cannot believe their luck with Andrade)

Thoughts and opinions are always welcome!