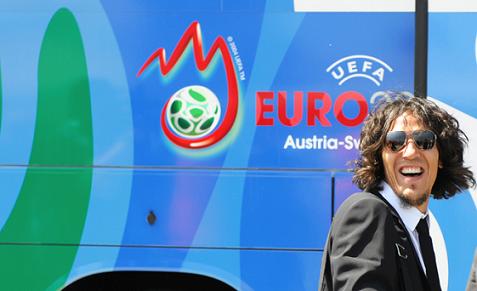 This is just a quick reminder to all you Azzurri heads out there who's gonna bring home the hardware for us in a month's time. He's terribly talented and, in my eyes, still terribly underrated. You heard me, underrated. By our own management even! There we were again, trying to save every penny on the dollar extending his contract after another stellar season last year- disgraceful! I want to apologize to you Mauro on behalf of everyone on earth. You're the greatest. More info about Italia at the Euro's after the jump. 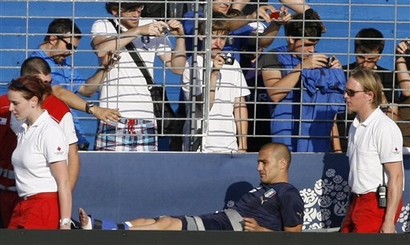 Damn, this can't be good for our chances. Someone tell Chiellini that the tryouts are over for fuck sakes! I hope Canna can bounce back from this ankle scare, I really do. This year's Euros are looking mighty competitive and to have a player like him out, well shit, thank goodness there's Gigi!

This whole mess about Cassano pissing on Chiellini for his tackle gives me mixed feelings. On the one hand I don't blame Antonio for speaking his mind about losing our captain. But on the other I can't imagine Chiellini should be blamed for something he so obviously wouldn't do on purpose. Leave it to Paolo to resolve things though. "Chiellini was in pieces. I had to console him since it's better to have one player missing instead of two".

p.s. If you open your fucking mouth one more time Antonio I'll cut your balls off.