Calcio Debate: Who should be eligible to play for the Azzurri?

Share All sharing options for: Calcio Debate: Who should be eligible to play for the Azzurri? 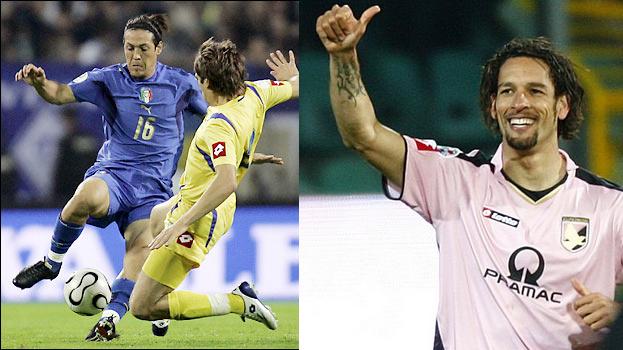 Camoranesi already plays for Italia. Amauri is looking to do the same.

Who deserves to play for Team Italy? Is is based on blood, geography, or is it merely "a football matter?" Mauro Camoranesi made his debut at age 27 (2003) with the Azzurri to a storm of controversy throughout Italy. As we all know (or should know) Mauro is from Argentina. After playing in Argentina, Mexico, even Uruguay, he moved to Italy first with Hellas Verona, before being bought by Juventus in 2002. Mauro qualified because he obtained an Italian passport, although he does have Italian ancestry through his grandparents who emigrated to Argentina.

While Mauro is a done deal, another Juventino from South America now looks to do the same. Recent acquisition Amauri has declared he would like to play for Italy, having never been called up for the Selecao. (I'm too lazy to find the special character. The C is pronounced like an S.) Unlike Camoranesi, Amauri does not have Italian ancestry, though he has been in the peninsula since he was 20.

But should he? Some might think we Juventini would say yes, but I am dead against it, for the two main following reasons.
#1- He has no Italian ancestry. I don't think ancestry should be the basis for playing for the Azzurri, but he doesn't even have that.
#2- We're his 2nd choice. He's been waiting for Brazil, and even admitted he'd prefer playing for them over us. The Azzurri should never be a 2nd choice.
#3- Taddei is eligible for the Azzurri, but has repeatedly declined an offer on the basis that he would be robbing an Italian of a spot on the team. True that.

Here's my opinion on the general situation: Ancestry should not be a basis for these decisions, it should be about history and experiences. Roots and blood do carry some significance, but for Amauri these don't even count. But because your grandpa was Italian (like Camoranesi) does that mean you really understand the nation? I say no. I think it all matters about your formation, if you grew up in a country, you understand the language, the culture, the history, the national quirks. That, and when you are young, it's very unlikely you moved for football reasons. Some people think Italy should get the best players they can, I disagree. Italy will always churn out great footballers, and if we don't I'd rather not become the French team. (Not racial, but look up how many of their players grew up in France. Most are from colonies.) 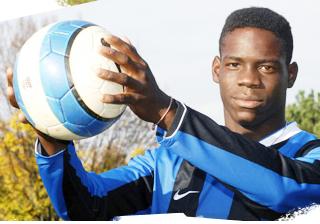 I'm of Italian blood, my dad is from Apulia, but Mario Balotelli is more of an Italian than I am. He went to scuola with all the other kids, his Italianness clearly has no motivation from football, since he was born in Palermo. Why wouldn't he play for Italy? (Other than he plays for Inter, but he recently said he feels nothing for Inter, so we're good!) Similarly with Podolski. He may be Polish, he may have been born in Poland, but he moved to Germany at age 2. All of his friends are probably German, etc. He should play for Germany.

Most of the time, players choose a different side to get playing time or for glory reasons. When on this subject, you've gotta bring up Momo Sissoko. Odd situation, he was born and raised in France but decided to play for Mali....despite never having been there before being called up. Strange huh? Or Trezegol, who plays for France despite growing up in Argentina. (I wonder if Mauro and him speak in Spanish?)

Maybe this is because I'm semi-bitter about Giuseppe Rossi (I think it's ok for him to play for Italy though, much moreso than Amauri) or maybe it's because I don't want international play to turn into club play. What do you think? Do you agree with me that growing-up should be more important than ancestry? Should Amauri play for the Azzurri?