Previews: Sampdoria-Juventus and words on Tiago and Amauri

Share All sharing options for: Previews: Sampdoria-Juventus and words on Tiago and Amauri 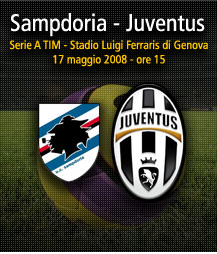 Well, Juventini and anti-Juventini, (is there anything else?) it's come down to the last day of the season, sadly enough. Now starts the boring summer months of transfers and pointless friendlies. (Anyone know if a Serie A team is touring America? I'm here all summer) But before this downtown, there's one game left! While not as exciting as Catania-Roma or Parma-Inter, or even Torino-Fiorentina and Milan-Udinese, Sampdoria-Juve is always a great fixture. Neither team has any real drive to win, Sampdoria has successfully obtained a Uefa spot after chasing the Champion's League for a bit, and Juventus has finished comfortably in 3rd. Essentially, it's a battle for pride. It promises to be a entertaining encounter, especially with X-factor (and fellow Apulian) Antonio Cassano in the mix.

Juventus is going to have a real mix-up in the squad for this one. Grygera, Camoranesi, and Nocerino are out due to yellow-card suspensions. Molinaro, sadly, is back from his and thus will unfortunately take his spot at left-back. Zebina will fill in for Grygera at right-back, so the midfield is up for grabs. C. Zanetti will likely miss out, since he's not fully recovered from a thigh strain he incurred during training, so it is likely that Ranieri will give the Tiago-Sissoko center-midfield partnership one last time with Marchionni taking Camoranesi's place. Gigi Buffon will give his back a break so Belardi will be between the sticks. Salihamidzic may slot in at right-back or right-midfield...we'll have to see what Ranieri decides for my favorite summer transfer.

For Sampdoria, Bellucci has ruined his knee so he will be out for 6 months, so either Montella or Bonazzoli will take his place. The Blucherati are also missing their #1, except Castellazzi is out due to a shoulder injury. This means one of my favorite young goalkeepers, Antonio Mirante, will be playing against Juve, who owns his contract. Cassano will be directly against Nicola Legrottaglie for this match, both are Pugliese and both once played for their/my beloved hometown team AS Bari. Sampdoria hasn't won this fixture since February 2005, but on the last day, at home, with a coach like Mazzari, they could easily reverse this.

Conclusion:
This is one of the least important matches in Serie A this weekend, however neither team are going to roll over. For Tiago, Marchionni (aka the poor man's Camoranesi), Zebina, and Molinaro, this is likely their last chance to give Ranieri a reason to keep them this summer. Del Piero, Trez, and Borriello will be shooting it out for the capocannoniere spot, and Cassano and Sissoko will be trying not to be sent off. 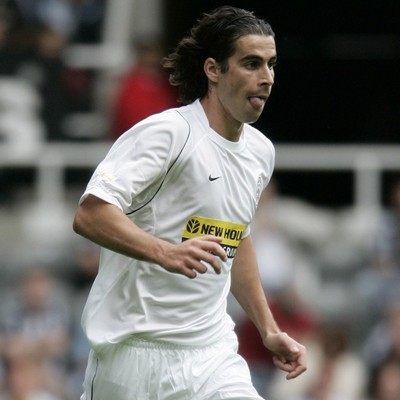 Now onto Tiago. I was a big supporter when he arrived, and I still think he is an very talented individual. He's come a long way since his dreadful performances earlier in the season, the Palermo-Juventus game comes to mind. If he played at Juve like he did at Lyon he would have cemented a place in the Starting XI, but something is not clicking. I'm not sure if it's apathy, or difficulty to adjusting to Serie A play or Turin life, but he's only showing glimpses of that midfield skill that broke him into the Portuguese midfield for Germany 2006. Barring a stunningly dominant performance this game, I can't see him staying next year. Like Palladino, he hasn't been given enough of a chance to play, but given his earlier performances, can you blame Ranieri? It's probably better we go our separate ways this summer; Tiago deserves regular playing time, and we should get some cash from his sale.
It's a shame the Bianconeri didn't fit on you, Tiago. I hope you move on to a good place, maybe Benfica to kickstart your career, and I wish you nothing but the best in the future. 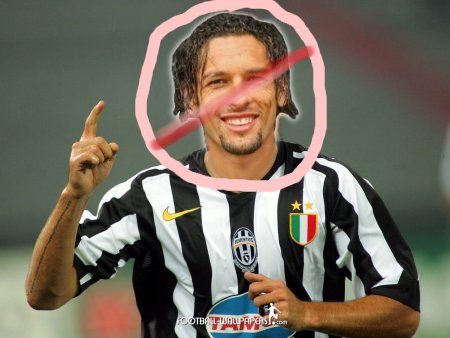 Amauri- Even though everyone at the Palermo Offside speaks of him as the second coming of Christ, Amauri is still a very talented forward. There has been at least a month long transfer saga with him and Juventus, with arguments about player-swaps, salaries, etc. Currently, they are discussing a swap for Nocerino and one of a few others players. To Ranieri's credit, he absolutely refused to let Giovinco go. Good, this kid is incredible and will settle in at Juve next year. Nocerino is a promising midfielder, but with Sissoko (22 years old?) we are set in the defensive-midfielder department for a few years, so I'd be willing to let him go. Hopefully Zampa is crazy enough to request Molinaro, who plays with heart but is just not good enough for Juve. Our youth talent, De Ceglie, Giovinco, Marchisio, and Lanzafame all have incredible talent and I'd love to see most of them wearing bianconero in a few years.

Why do I not want Amauri? Well first, despite what he says, he doesn't seem to want to play for Juve. First he says he wants to play with Del Piero, then decides Kaka' would be more fun. Channel4 is a little more harsh than me, calling him an egotistical disloyal bitch. That's what I'm getting at though, he says he wants Italy, but really prefers Brazil. He says he'd love to wear bianconero, but would prefer to wear rossonero for 6 months. Not only all of this, but if he arrived, he'd either sit on the bench or replace Trezeguet. Trezegol is a Juventus legend, and I absolutely love the Trezegol-ADP partnership, the longest-lasting, most productive duo in Serie A. There's no reason to expect T-Rez won't be playing for us next season, so if Amauri doesn't displace him, he will sit on the bench, a waste for him and us. At the end of the season the transfer rumblings would get louder (alla Iaquinta) and he'd probably leave, because he's a primadonna. Talented player, but I still wonder about his head. When things don't go his way, he is moody, and I'm not a big fan of that as for some players it can weigh on their productivity. Here's to hoping we don't buy him and keep Iaquinta/T-Rez/Palladino, aka maintaining our non-Brazilianness and our youth talent.