Tifosi Rosaneri don't tell me, let me guess. Colantuono's got some secret plan to beat us come Sunday. I mean, that's the reason why Zamparini hired him again, right? Well it's either that, or he persuaded your president for another chance after he touched his nose with his tongue and made some funny animals out of stretchy balloons. I bet Colnatuono's been cracking the books though, watching the tapes, and hitting the espresso bar hard trying to figure out what went horribly wrong the last time. Here's a little hint Colantuono, from one footballer to another; it wasn't your fault, it was your parents'. 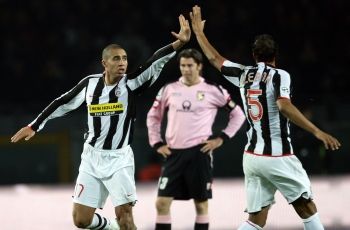 We built this house.

Goodness, you got to wonder what it's like being a Palermo player right now.  If you're Barzagli, and you've just been able to stop the horrible bleeding out of your ass caused by this encounter last November, you get thrown into a time warp of sorts.  Into town come the Bianconeri looking as threatening as ever with only two away losses this season, and as previously mentioned, Colantuono is once again your head coach.  Also, for the second time this season, your attack will be severly lacking some sting as mighty mouse won't be available to play against his former side.  Rounding off the running parallels, is the eminent return of Marco Marchionni.  If you recall, he managed to score a beauty against Palermo in his first game back from injury.  Now as he's reportedly been training with the team for the last two weeks or so, he could very well see some limited time after we build up a another comfortable lead, of course.

As per Juventus' line-up, it seems that we are in pretty good shape as Jorge Andrade is now the only long-term absentee. In terms of suspensions, we're all clear against Palermo.  However Grygera, Nocerino, Palladino, and Trezeguet could all be absent for next week's massive clash against Milan if they were to receive a yellow here.  Expect Ranieri to keep tabs on it though, as I'm sure he knows the importance of having a full squad available against the likes of Kaka, Gattuso, Pirlo, and company.  How could that affect our formation against the birds from the south?  Well, probably not that much.  Aside from Trezeguet, neither Grygera, Nocerino, nor Palladino will likey be featured in Ranieri's starting XI anyways- as much as we'd all like to see Grygera in Molinaro's place.  In the midfield, expect Nedved, Camoranesi, Salihams, and Sissoko in support of the on-form tag team of Trezeguet and Del Piero.  News of a relapse in Zanetti's injury yesterday in practice left him "unable to play any part", and thus will see him sidelined for at least another week.

In other news, Buffon's back is back.  Thankfully, our medical staff has cleared him to play.  Juventus' club doctor, Riccardo Agricola, insists that Buffon is recovering sufficiently and is ready for action. “He doesn’t have any problems,” said Agricola. “The physiotherapy will continue and he will train as well.”  Well, I'm still officially uncertain as to whether or not I should be worried at this point.  How about you?  Speaking of Buffon, Italy's No. 1 spoke to the media recently and tossed around the idea of signing Ronaldinho next year to beef-up our Champions League efforts.  Clearly our man was still feeling the affects of Agricola's morphine injection.  Although I think Ronaldinho is a great talent and he's just going through a little slump in his career at the moment, I don't imagine him fitting in here at Juventus.  Not only do we have Giovinco coming in next season, but Ronaldinho's heavy price tag would buy three or four solid players that could help fill some gaps elsewhere.

Last but certainly not least, this Sunday's match represents something special for Del Piero.  Our captain will become Juventus' all-time leader in appearances surpassing the great 'libero' Gaetano Scirea.  Scirea, who's life was tragically cut short when he died in a car accident in 1989 at the age of 36, was remembered by another great Juventus goalkeeper- Dino Zoff.  "I miss Gaetano terribly, and it annoys me that it was only after his death that his true worth as a player and man was recognised,” Zoff said.  “But it seems that if you are a good, honest person in this world, nobody is interested." Tomorrow, Dino, every Juventus supporter will be interested in Scirea, and who else better to surpass his record than Del Piero.  A player just as good, and person just as honest. 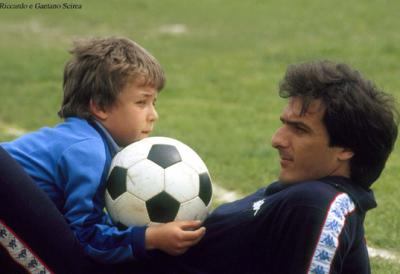