Reports of the out-of-favour World Cup champ leaving Barcelona are not new whatsoever. In fact, Milanisti everywhere have been salivating over this delicious transfer possibility ever since it was believed that the rosaneri had become Zambrotta's number one choice back in 2007. But what the hell happened with coming back to Juventus? Dammit Gianluca, we need you. Hell, I need you. I'm a mess without you. I miss you so damn much. I miss being with you, I miss being near you. I miss your laugh. I miss your scent; I miss your musk. When this all gets sorted out, I think you and me should get an apartment together. 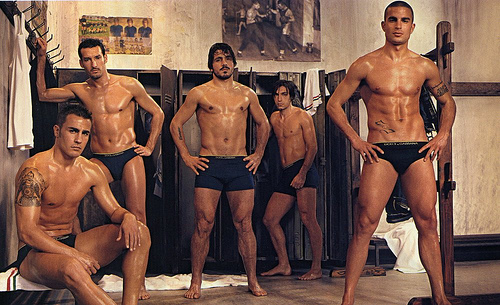 "After the transfer to Juventus, Zambrotta continued his upward momentum. He made 32 league appearances with one goal in the first season he played for Juventus. On 14 May 2000, the last match day of the season, Juventus missed out on the Scudetto as they were defeated 1-0 away at Perugia in the heavy rain while Lazio got the 3 points at home by beating Reggina 3-0 and overcame Juventus with 1 point. Zambrotta was brought on in the second half in that game and was later given a red card by the referee Pierluigi Collina. In his second season for Juventus, 2000-01, Zambrotta made 29 league appearances and scored three goals. But Juventus finished once again in second place.

Zambrotta won his first scudetto in the season 2001-02, while he made 32 league appearances and scored one goal during the season. After Zambrotta suffered an injury in the game against South Korea during the 2002 FIFA World Cup, he missed the beginning of the season 2002-03. During his absence, the new signing of Juventus Mauro Camoranesi took his place on the right wing and was in superb form. This prompted the coach Marcello Lippi to switch Zambrotta to the left-back when he returned to action. Zambrotta adapted to his new position very quickly and performed particularly well. He remained a regular first team player as Juventus won the second consecutive scudetto and reached the UEFA Champions League final, in which they were defeated by Milan in the penalty shoot-out after a 0-0 draw.

Zambrotta has won two scudetti with Juventus (it was originally four, but the scudetti for 2004-05 and 2005-06 were stripped from the club due to the match-fixing scandal), making a total of 185 league appearances and scoring seven goals in six seasons. In 2005-06, following the injury of Zebina, arrival of Chiellini and his successful switch with the national team, Zambrotta was again switched to the right-back. Since then, Zambrotta switched between right- and left-back frequently throughout the season. In 2005, Zambrotta extended his contract to 2010 but, following Juventus' relegation to Serie B due to the 2006 Serie A scandal, he decided to leave the club in summer 2006 to Barcelona for €14 million". -Wikipedia... I'm lazy alright 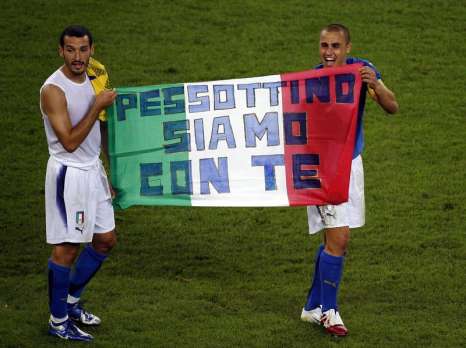 Wait, what was that? "During his absence, the new signing of Mauro Camoranesi took his place..." Well I guess that settles that. You've done more for Juventus than I could have ever hoped for. But seriously, (some) bianconeri will miss you. We could use you on the left instead of that canker Molinaro. Who could resist having the chance at a World Cup champion playing for us again?

Oh well, I think his move to Milan is inevitable considering Oddo, their current right-back, has just gone under the knife for a problem with his knee and will miss the rest of the season, and probably some Euro action. Also, figure in their diminishing hopes of a Champions league spot this season and you've got yourself a pretty solid chance of Milan making an offer Barcelona won't refuse. Least we forget, "his wife has become increasingly homesick." Well now it's official. Milan, congratulations on your latest signing.