As Italians Head to the Polls...

Share All sharing options for: As Italians Head to the Polls...

The Match up: Billionaire club owner- Silivio "three times a charm" Berlusconi vs. atheist ex-Communist journalist who writes novels, loves movies and played the voice of a turkey in Chicken Little- Walter "go it alone" Veltroni. Who doesn't like watching movies about atheist turkeys? In any case, Italy's elections are scheduled for the 13th and 14th of April. Funny, isn't there some insee winsee football match this weekend as well? Oh my. 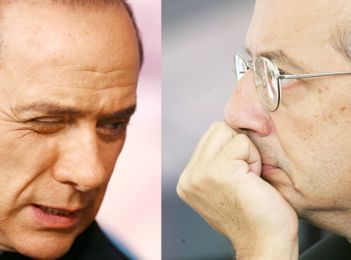 Italy's 61st government since the Second World War fell on Jan. 24, when Romano Prodi's centre-left coalition lost a confidence vote, capping a week of political turmoil that started when a corruption investigation cost him his justice minister. While the latest polls put Mr. Berlusconi, 71, and the centre-right parties in the lead, Italy's political observers say Mr. Veltroni, 53, apparently has a fair chance of coming out on top.

Now obviously I'm no going to tell you who to support since I haven't the slightest clue about Italy's national issues or her respective party's stances on them (shame on me). What I can tell you is that in a country that bleeds football it's no wonder we can draw some footy parallels ahead of this weekend's massive clash at the Stadio Olimpico.

We all know where Silvio stands. As he reminds us all that "wealth and class have nothing to do with eachother", he keeps that Rosanero flag hanging out his backside; but only on the left side, yeah that's the Milan side. However, Veltroni waves that white and black flag and doesn't mind wearing his colours around other people's turf. In Rome's soccer-mad city where he's been mayor for ten years and whose inhabitants are fiercely split between Roma and Lazio clubs, he has openly professed his love for Juventus. Score! 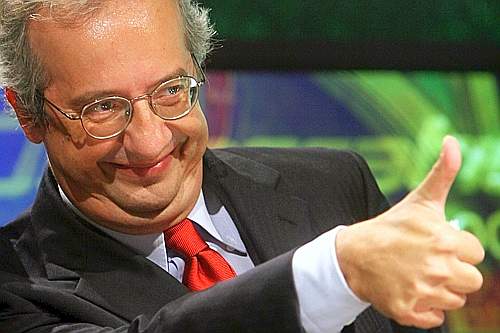