Share All sharing options for: Ranieri vs. Secco: Who Should Stay, Who Should Go? 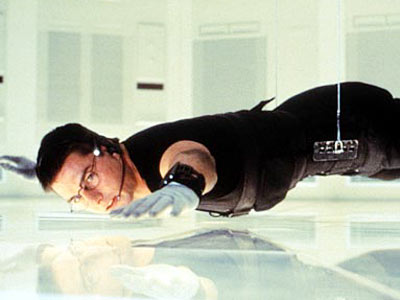 Buffon couldn't have said it any better. 'We are playing like shit all over the park'. Sure that's not a direct quote, but after watching last Sunday's performance you'd more then get the sense that he was on to something. But before we go any further, let's get one thing straight. I love and respect that man so much that if Gigi says we're playing great even if we're losing games, I'd be happier than a pig in shit. So when the man finally gets frustrated enough to speak about his team's shortcomings, it's time I scrap the entire damn roster myself. So as I prepare my bow-hunting skills, grappling hook, nunchucks and latex jumpsuit for a top secret mission I'll call "Gi-dgement Day", here are some of the objectives.

Simply not acceptable. No way. Not in any fucking universe. It's not my fault I'm this bitter. It's just that Juventus could crush every team in Italy with our trophy cabinets and yet we're playing like a bunch little leaguers. Shit needs to change boys and girls, that's for sure. Speaking of change, the popular tifosi Bianconeri website Vecchiasignora.com has started a pole asking its followers whether or not Ranieri should stay or go and whether Lippi should be his replacement. Personally, I'm for him to stay. But I'll jump on the Lippi bandwagon any day (obviously, who would'nt?). However, according to 74% of the votes, you feel as though he should be sacked. Three-quarters of the vote is a bit harsh ya?

No doubt 74% of the vote represents a clear majority. But perhaps most of you we're feeling a little hot and bothered after that dreadful loss against Fiorentina, and you were understandably not that level-headed. Maybe I'm wrong here, but I think the man by most respects, is a world-class coaching talent. What makes for a world-class coach you ask? Well for starters he has got to have a boatload of experience, and Ranieri's got that in spades. He's spent four years coaching abroad in England, and has also spent a total of four years coaching Spanish sides; Valencia and Atletico Madrid. So the man can say he's more than familiar with the systems employed in the world's top leagues.

Secondly, and more importantly, he's done very well in transferring Juventus' 'never say die' spirit onto new generation of Bianconeri stars. Fairly often this season, we've seen this side pull away in the dying minutes of the second half thanks to the determination and work ethic instilled upon this squad that no one can take away from Claudio Ranieri. Just ask former Juventus coach Marcello Lippi. "This Juve side is similar to my first Juve," declared the World Cup-winning coach. "It was the group of the 'older' players to push the others, who went after them very well, and it was Ranieri who was able to [pass on that] spirit."

Of course though, as is par for the course in any coaches career, the bulk of Ranieri's criticism stems from his decisions on the pitch and in the transfer market. With reference to the 74% of you who feel as though he should get sacked, the question is: Has he been wrong three-quarters of the time? No, and I'll tell you why. As for his decisions on the pitch, yes I think they could be a bit better. For instance, any one watching the game against Fiorentina would have realised Molinaro's play was like flesh wound slowly bleeding Juventus' left flank to death- Camoranesi assist or not. Ranieri should have done something about him earlier. Also, Ranieri's recent love affair with Nocerino (despite all logic), and his ongoing spat with Tiago, put Tinkerbell's reputation at a bit of risk. However

The main culprit responsible for Ranieri's poor voting support though is Juventus sporting director Alessio Secco. No, I don't mean Secco was responsible in the sense that he spent countless hours in his office voting online against Ranieri in this debate (although that would seem like something he's capable of), however it is he who is in charge of our transfers not Ranieri. Secco must be held accountable for the lack of quality.

Goal.com's Carlo Garganese recently wrote: "Not that the current sporting director, Alessio Secco, would be capable of recruiting anyone good anyway. Secco is quite possibly the worst transfer director I have ever seen in my life (if anyone knows anyone worse please tell me). His record, to put it nicely, is quite laughable. Since replacing the king of transfer gurus Luciano Moggi in 2006, Secco has spent in the region of €40m on the following four players: Jean-Alain Boumsong, Tiago Mendes, Sergio Almiron, and Momo Sissoko. The first three all flopped massively, while many feel Sissoko will follow along this same route".

Can anyone disagree with that?