These Pictures Are Too Good Not to Post; Juventus-Reggina

Maybe it's my nostalgia from growing up in Chicago/Upstate NY, but I've always loved snow, particularly in the early fall when it's still a novelty. The pictures from the Olimpico at night during a raging snowstorm, well, they are amazing.
Pictures after the jump. 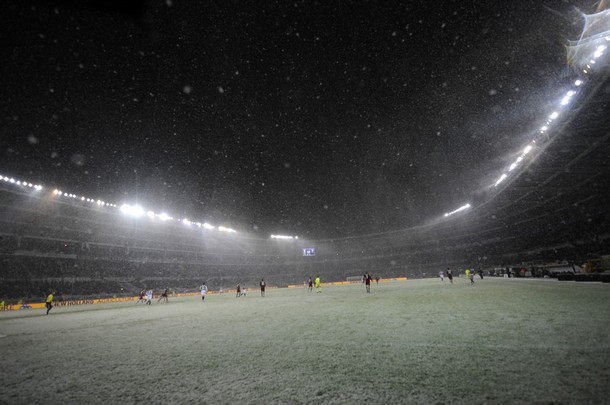 Snowstorm builds in Turin, I think it's a bit early for this weather but I'm not from Piedmont, what do I know 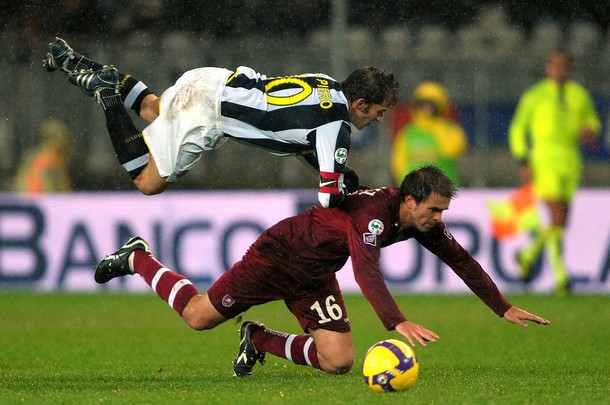 Anything you can do I can do better... 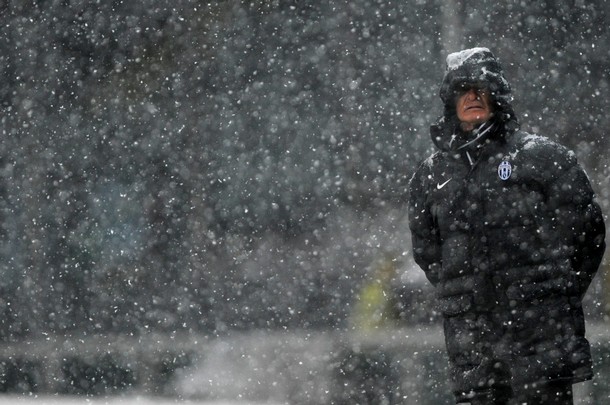 Not quite as creepy as the following 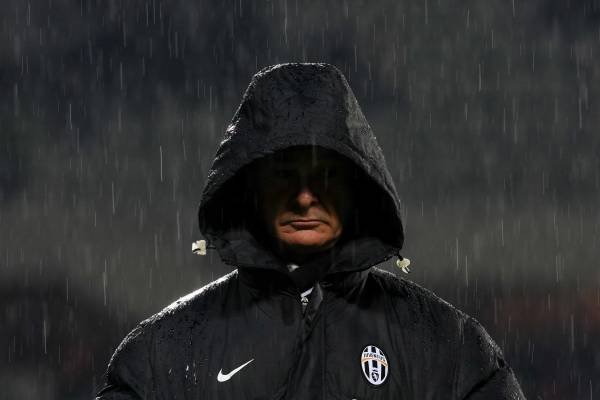 Ranieri trying to toughen up his image. 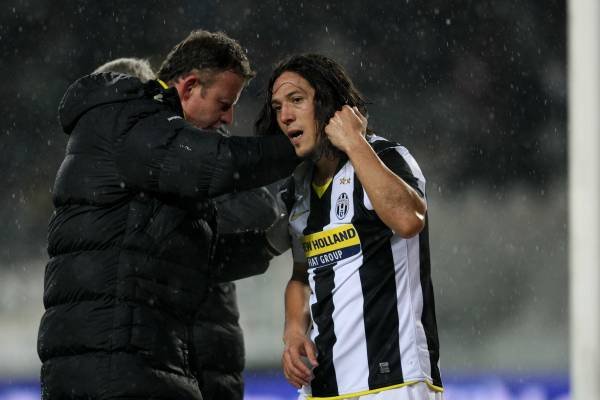 This ruins CR7's Ballon d'Or even more for me. He's a slimy right-winger who disappears in big games and flops on the ground at the slightest contact. Our winger played a fuckin' half-hour with a dislocated shoulder AND managed to score a goal. Get better, Mauro. 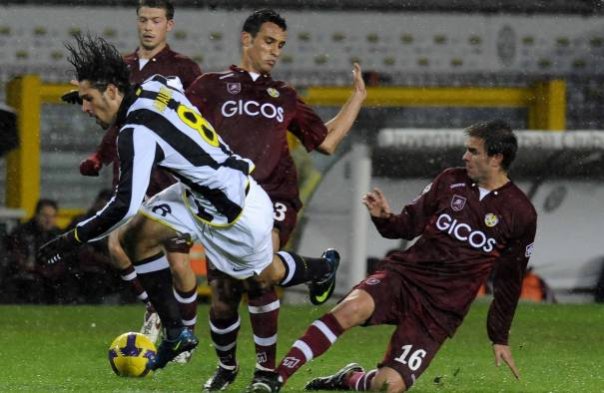 Costa (#3) seriously has a thing for Amauri. Get a room. 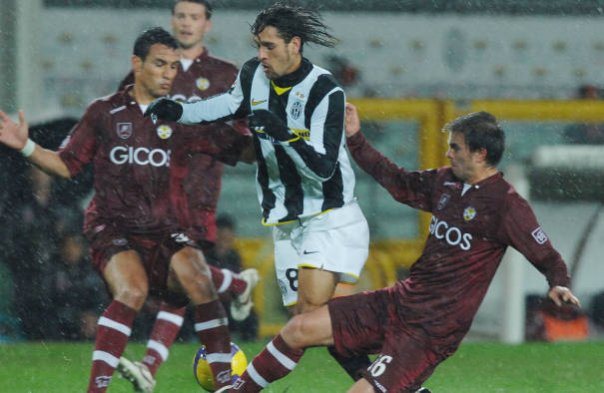 Costa going in from the other angle... 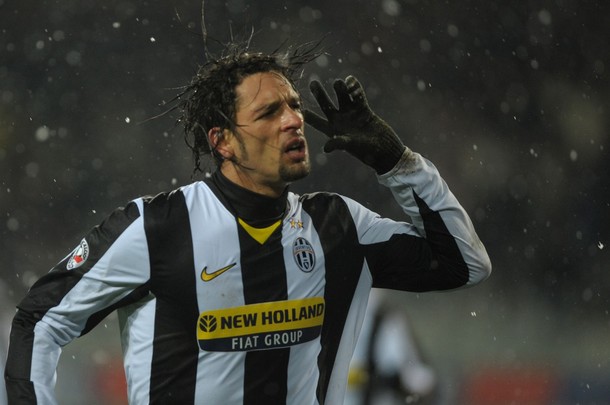 Somewhere in Bavaria, Toni is angrily yelling at his lawyer in Italian German to sue Amauri for trademark infringement. 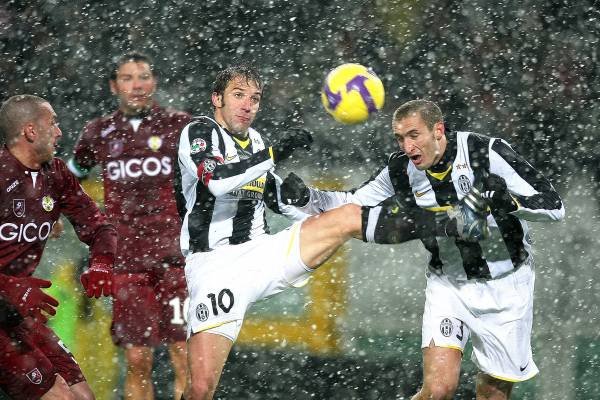 Err, let's avoid taking each other out. 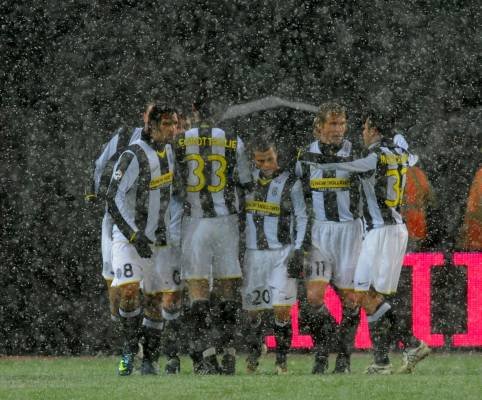 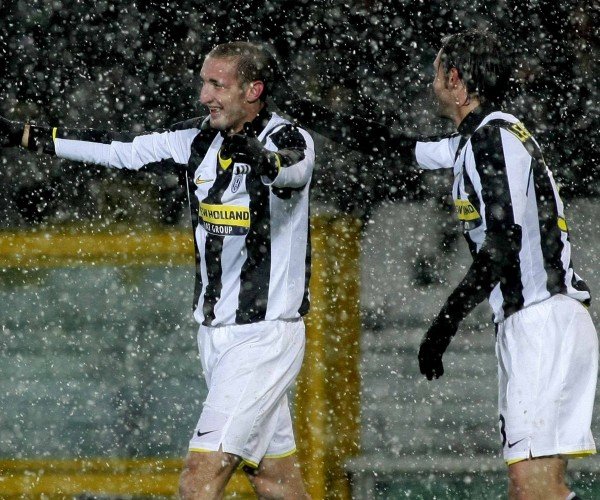 GIORGIONEEE...uglyass header, but goals aren't rated for beauty. If they were, Titus Bramble would have my vote everyday. 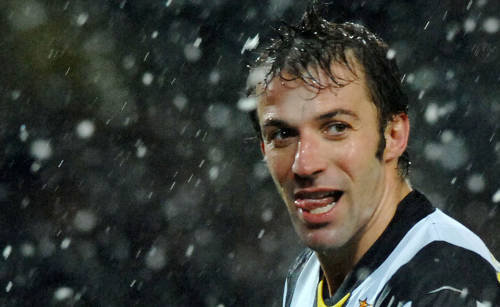 Preparing for his penalty. 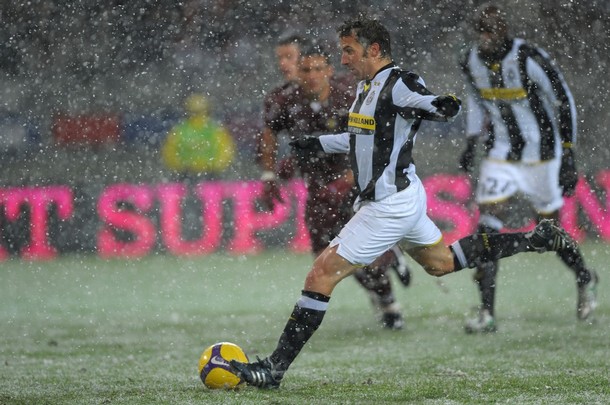 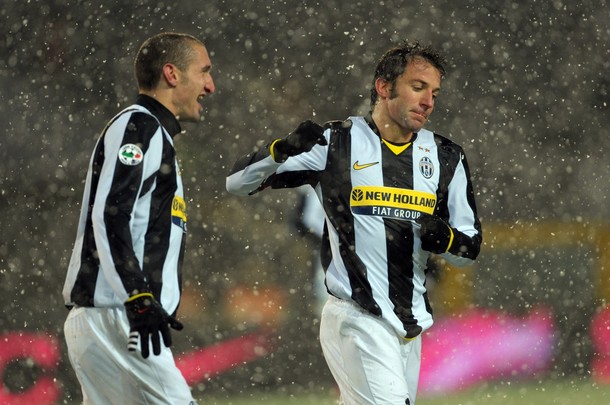 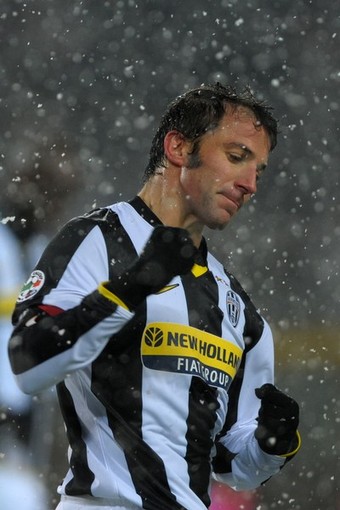 “If it happens that I play well and do not score, then I'm happy. Obviously I'm happier if I do score! “The goals still have an effect on me, of course." 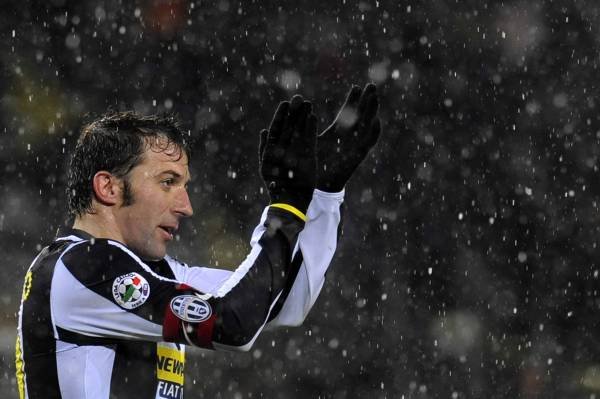